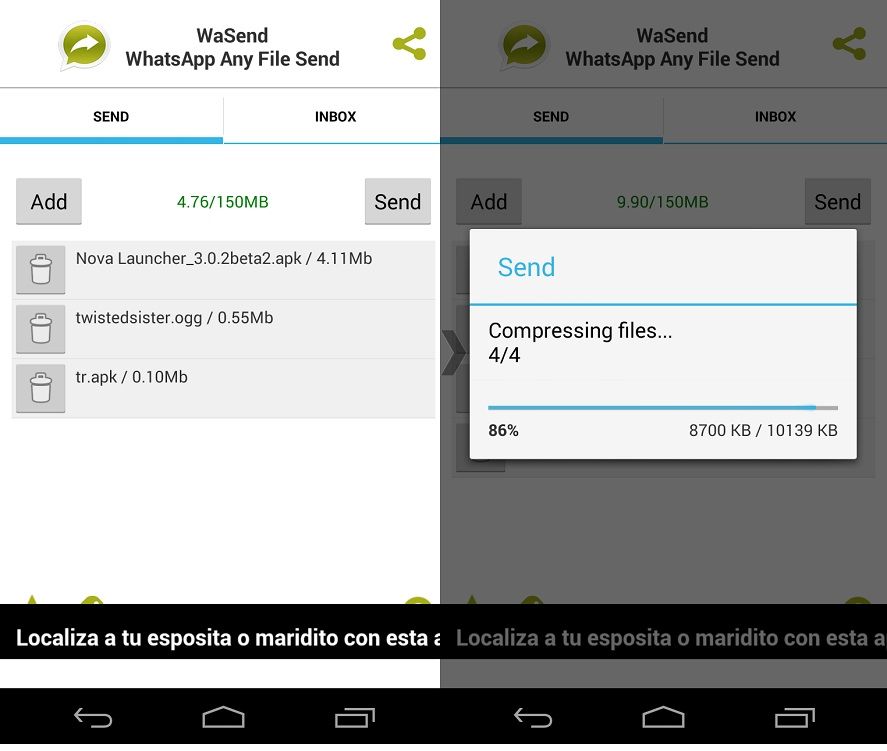 Over the past couple weeks we’ve been following the development of the WhatsApp Plus story after its blockage and later definitive shutdown that even obliged us to remove the APK from Uptodown. Nevertheless, there are many other apps out there that can expand the features of the official WhatsApp client (barring the company deciding to shut them down, too). Here are a few of them.

Have a Peeping Tom complex? Check out this app that can trace the activity of your contacts based on just their phone number. It can display a WhatsApp user’s connection times even when you’re not using WhatsApp yourself at that moment.

If you have a smartphone with DualSim you can use this mod that lets you install two different versions of WhatsApp at the same time and use a different phone number on each. We explained how to install it step by step in an earlier post. Just as a side note, its developers have also created a similar tool to do the same thing with Instagram. The ‘MD’ stands for Material Design, making it quite clear what this app offers: that is, a mod of the official client that adapts the interface to the new visual style that arrived with Android 5.0 Lollipop, meaning in this case, the changes are entirely aesthetic rather than functional. This app works as a complement rather than substitute to the official client. Once you set it up it lets you send any size file (of up to 150MB) on WhatsApp, including photos and videos in their original size and extension. The only requirement is that both the sender and the receiver have the add-on installed. All your sent and received WhatsApp content stays stored on your device in a series of subfolders at the install location. As not everyone is an advanced enough user to install an Android file manager and dig around, there are tools like WhatsApp Cleaner, which lets you view and delete photos, videos, and audio that you probably didn’t even know you still had stored. How to send files of up to 150MB via WhatsApp

How to use two phone numbers at a time on WhatsApp