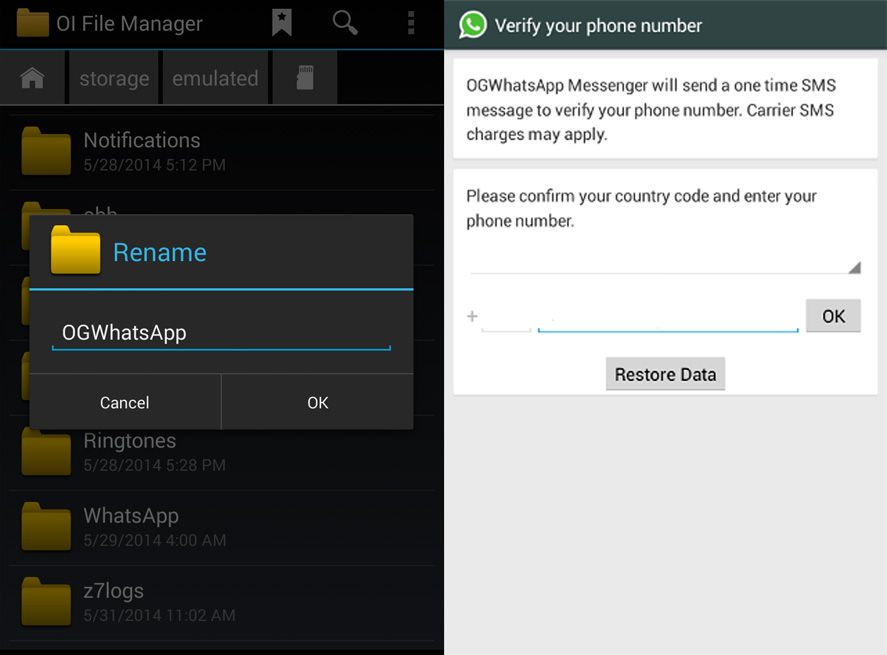 There are ever more smartphones being released with DualSIM, that is, with the option to have two phone numbers on the same device so you can use them alternately. The problem with this is that most IM services don’t take advantage of this feature and it’s not possible to use both numbers at the same time instead of having to load one or the other. OGWhatsApp is an unofficial mod for the popular messaging service that lets you use two numbers simultaneously.

Like with WhatsApp Plus, this is a mod created from the official app via reverse engineering that adds a series of extra features not included by default. In the case of OGWhatsApp, its star feature is the ability to use the program from either of the two phone numbers associated with your phone, whether via the two SIM slots on your phone or a DualSIM.

The concept is very simple, since what you’re going to do is use both numbers is have two versions of WhatsApp installed at the same time on your device, so that each is associated with one of your two cards. These are the steps to install it. Five tools to get even more use out of WhatsApp