Home News and Updates NeoRetro: Anybody can create video games 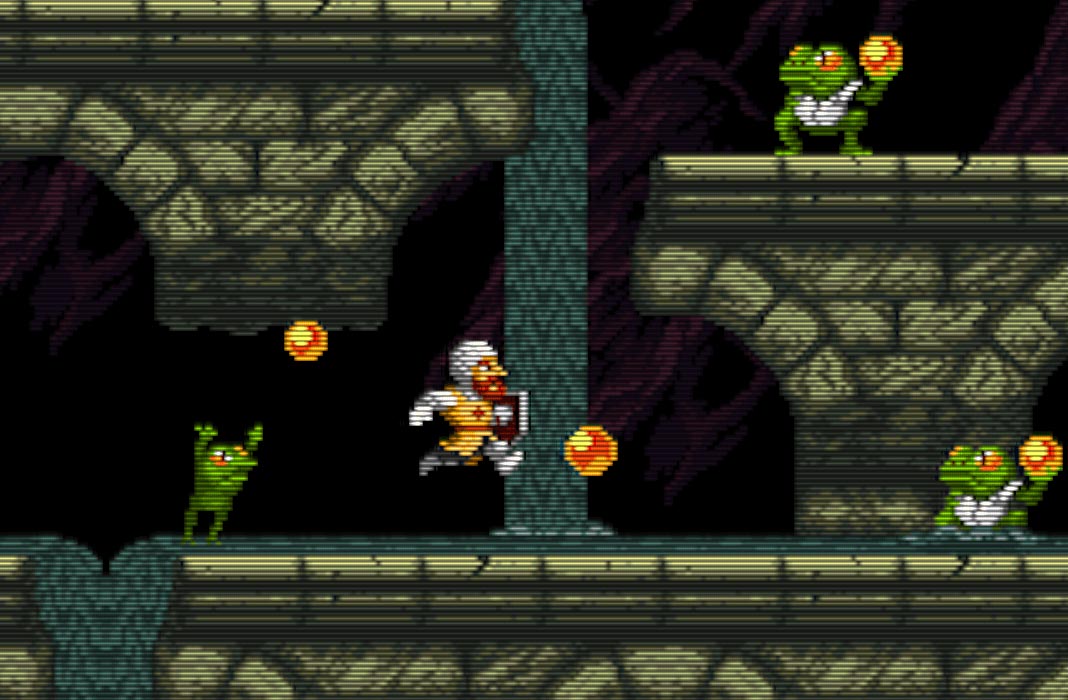 Nostalgia is a powerful and incontrovertible weapon of commerce. The prospect of playing games you enjoyed as a kid again can seem tremendously appealing, even when in many cases the experience, seen from a new perspective, doesn’t turn out to be as exciting as it was in yesteryear. No, Alex Kidd probably no longer seems like the spectacular epic you remembered it to be. Nevertheless, making use of the entertainment aesthetics, resources, and gameplay from decades ago may have its upside when it comes to creating your own video games, and thus new products continue to use ‘retro’ elements in the present day. What, then, is with all this talk about NeoRetro?

Recently, the indie developer Locomalito and David Borrachero, one of the fathers of the famous classic gaming mag RetroManiac, expounded on the concept of NeoRetro in a conference during the second Gamepolis Gaming Festival, where they explained both the roots of this trend and the practical side of using it. Ever realized how many contemporary games are currently being made based on this concept? Among them are big commercial titles like Fez or Hotline Miami, which attract attention with their sexy aesthetic and have made a dent in the sector, rubbing elbows with products of a much more sweeping scale.

There are two fundamental reasons for this trend: saving on resources and development time for the gameplay, and obviously the aforementioned component of nostalgia. Not everybody can design enormous three-dimensional scenes as well as model, texturize and animate characters; but anybody can indeed create a few pixellated sprites and get their feet wet with any of the many development environments designed for creating video games now available. In addition, sweet things never made anyone bitter, and remembering those happy-go-lucky days of shorter gaming experiences is always entertaining. A quick round is perfect. In fact Locomalito, despite being a graphic designer by profession, has always said he didn’t know much about programming. He simply discovered that the Game Maker tool sufficed for his aspirations and with a bit of reading up and elbow grease got what he needed to start creating games based on the ones he himself had enjoyed as a kid, among them the zombiekillers that led him to developed Hydorah or the hint of Ghosts ’n Goblins that permeates Maldita Castilla. In recent years he’s developed nearly a dozen games during his free time.

What do I need to create games?

Basically, perseverance and eagerness to learn; talent is rather a secondary consideration. Anybody can make a pixelated character using Paint.NET or any other digital drawing tool. Anybody can install the free version of Game Maker: Studio, Construct 2 or Stencyl. Anybody can grab a notebook and start making sketches and doodles to plan out their small project. It’s quite clear and the idea turns out to be as revelatory: ANYBODY CAN DO THIS.

Nor is it necessary to roll out loads of new hardware to use some of the aforementioned programs. The clunky old computer that everybody has at home is more than sufficient, and won’t take anything away from your project aspirations. Candy Crush Saga isn’t what you’d call a hi-tech game, right? (The marketing campaign behind it is quite another thing. So there you go.) Image | Created by one of the bosses for Maldita Castilla

With regard to reading up, Google is like your daddy: he knows everything. Whether it’s tutorials for drawing pixel art or orientation courses for the development environment you want to use, it’s easy to find reference materials online for nearly any area you want to dip your toes into. The only thing to keep in mind is that aiming too high is the biggest problem that amateur developers tend to face. Create your own game, yes, but start with something humble, small, and that you know you can finish. Incomplete projects can give you experience to embark on new ones, but you can’t forget that the pleasure in all this lies in seeing others enjoy your work.

There is a romantic, rather chilvalrous component to the idea of developing games against the grain in the industry by offering them for free, or at least leaving it up to consumers to compensate the creators as they see fit. The list of games that follow this tack is endless, from freeware like Spelunky that have ended up receiving commercial remakes and tributes to classic sagas like Heroine’s Quest, based on the Quest for Glory saga, to unofficial sequels that could pass for proper ones such as Mega Man Unlimited. If you’re a stranger to all this game-creation stuff, it’s not a good idea to start developing with aspirations to earn a profit at the outset. No one’s born knowing everything, and it’s not every day that someone wakes up with an idea to create the next Minecraft. Be humble and start with small projects. Obsession is never a good companion in any sphere, and much less so when there’s money involved.

NeoRetro, by its very nature, meaning, and public aim, is a port of entry for potential developers who want to fulfill the recurrent dream of anyone who grew up playing video games. Remakes of classics, specialized publications, a surge of amateur projects, and the growth of pixel-art, chiptune, and retrogaming applied to sectors beyond the ones they were born in: All this means now is the best time to start.