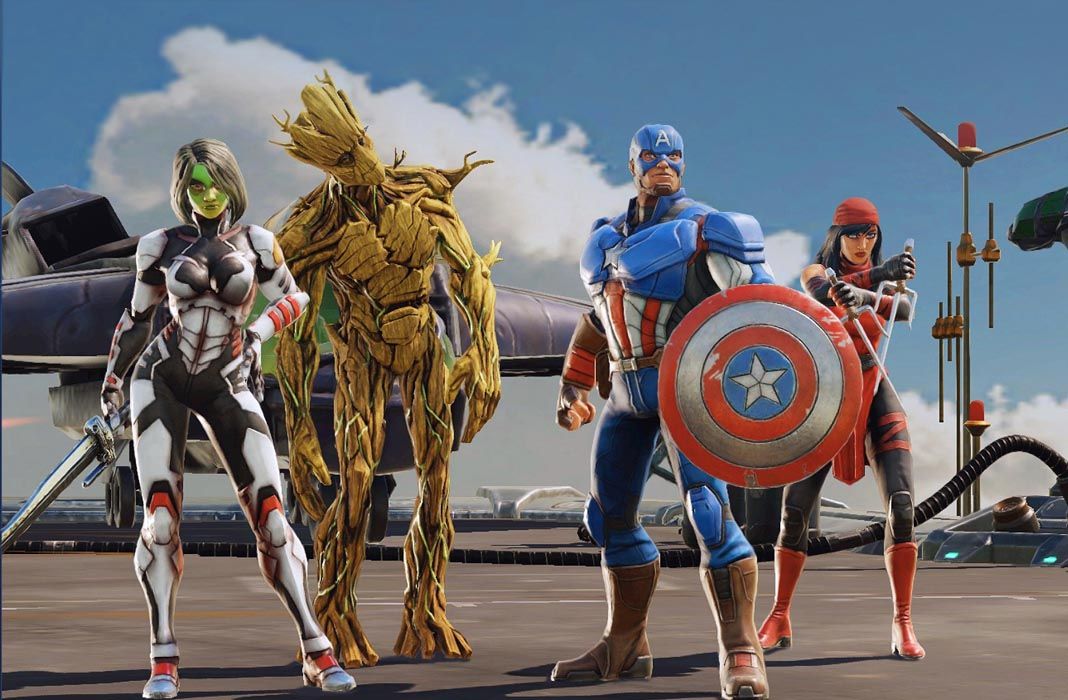 This game tries to fill the hole left in the Marvel Saga: Avengers Alliance, which Disney pulled the plug on in 2016. Their new license management policy has led them to search for new agreements with other studios to launch new titles, like Marvel Strike Force by FoxNet, which is owned by 20th Century Fox. And guess which giant company just announced their purchase of Fox. It’s all falling into place.

Update (04/02/2018): The game has officially been released globally for Android and includes Spanish as one of the language options. 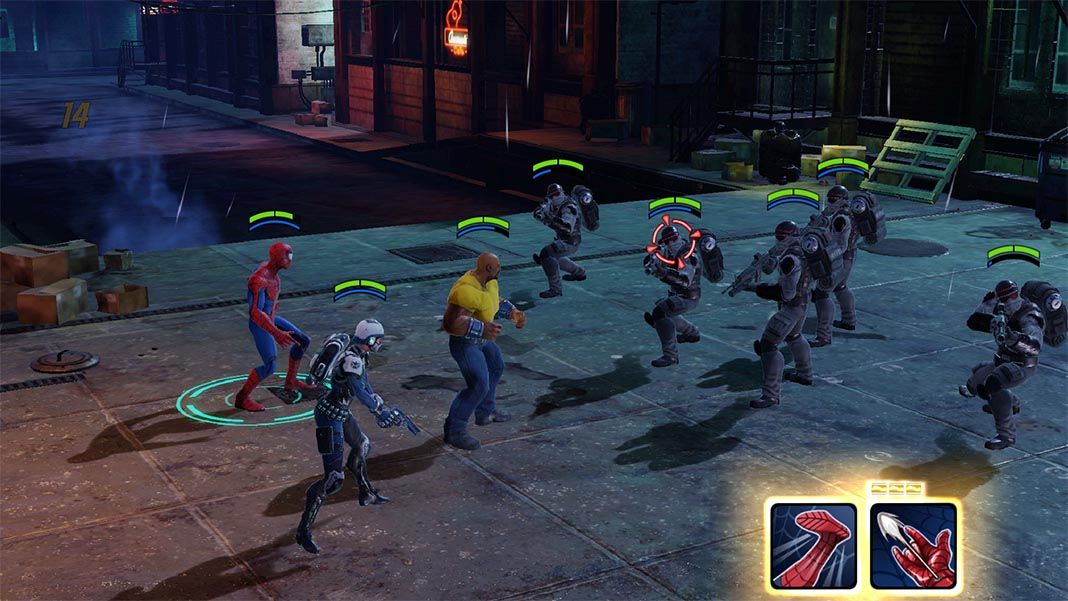 Marvel Strike Force is a Freemium title for fans of the company, and has a lot in common with Star Wars: Galaxy of Heroes, such as its progression system. You have to overcome turn-based battles against enemies by releasing your special abilities at just the right moment. This kind of gameplay lends itself to an endless list of game modes, like daily events and special challenges in which you can get items to unlock new characters or new equipment for current characters. 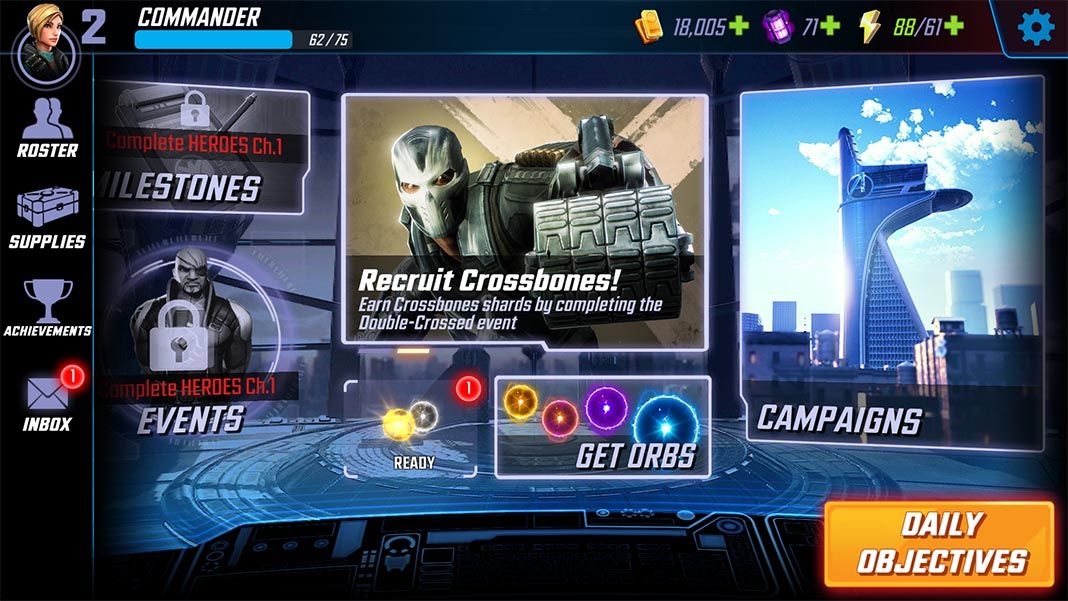 The game is so pretty it hurts, although it must be said that visuals are a bit of a waste, since you’re just going to be repeating battles ad infinitum, but at least they provide some eye candy along the way. Members of the Avengers, the Guardians of the Galaxy, and other heroes and villains make their way into the action. Suspiciously absent are mutants (and the Fantastic Four), but the road to license deals is long and winding.

Other than that, there’s nothing new under the sun. It’s still to be seen whether the game dips into pay-to-win territory at higher levels, although it seems to have refined the formula quite a bit. You can normally enjoy a ‘complete’ game (whatever that means) without having to open your pocket book. 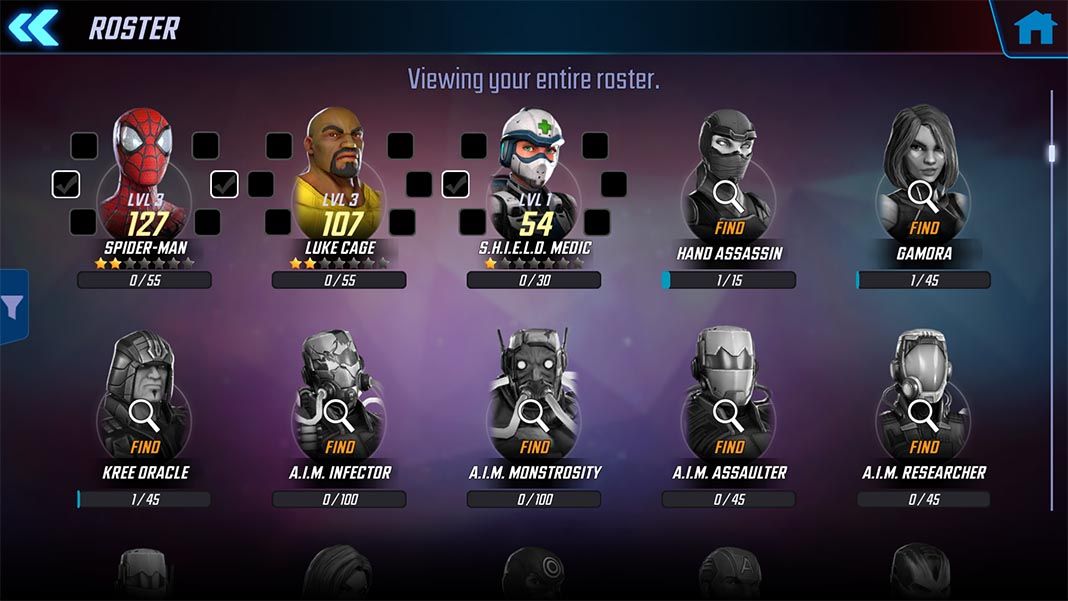 At the moment the game hasn’t officially launched internationally, since it’s just been soft-launched in Canada and New Zealand. Of course, you can always install and download the APK without region restrictions, right here on Uptodown.

The best Android games from the Marvel Universe

Thanos has arrived on Android: Marvel games are updated for Infinity War