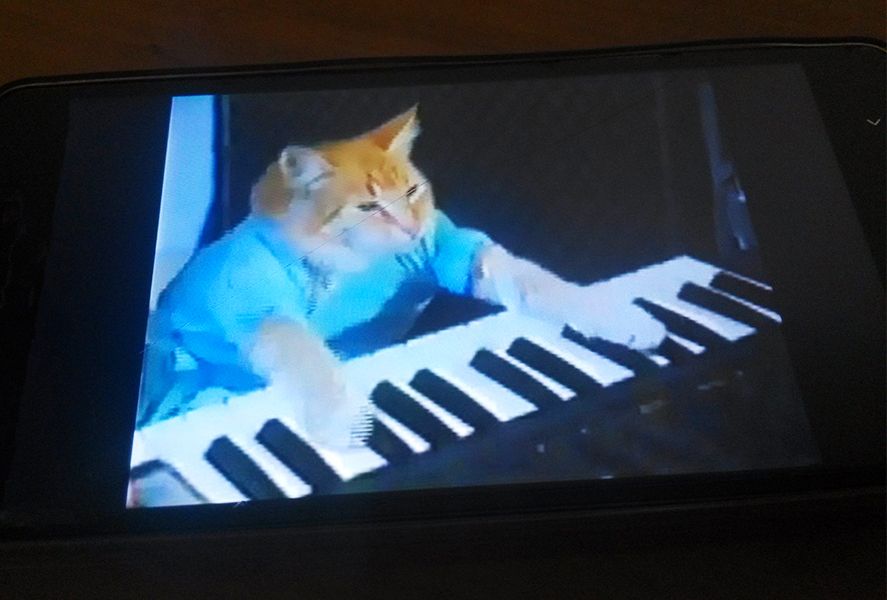 Nobody knows the formula for making a video go viral. Reams have been written on the subject and every day a ton of people are trying to get their own videos to shoot into infinity and beyond. Making viral media is the latest Holy Grail, and in lots of cases the viral fame actually lasts a long time. Tons of examples spring to mind: Who doesn’t remember that German kid banging on his keyboard? Or that classic hit Chocolate Rain? Or something more recent like the Carpool Karaoke series? None of these examples have anything in common except that all three have been so successful that they’ve now got videogames based on them. Today we bring you five examples of viral content that’s been turned into interactive media. Although viral videos have no apparent pattern, the games we’ve picked for you today do: they’ve all been put together by Ketchapp. One of the most successful Android game studios is known for its high output and for basing all its titles on two pillars: simplicity and addictiveness. Ketchapp games draw you back over and over again thanks to the immediate fun they offer. Meanwhile their minimalism – in terms of both graphics and gameplay – make them perfect for smartphones and tablets. The equation viral videos + Ketchapp has never produced a dud. Surely one of the most imitated videos worldwide of 2016. Yes, the idea is to flip a bottle 360 degrees and make it land upright. And it’s produced millions of YouTube views and is still a thing today. Endless games have been based on the Bottle Flip Challenge but our pick is Ketchapp’s. In this simple title you have to jump from platform to platform with your bottle, with the distance of the jump being equal to how long you hold your finger down on the screen. This gameplay came back with Flip: an even more minimalist title than Bottle Flip that somehow manages to be even better. [Download]

Unquestionably one of the biggest fevers of this year, this challenge has been done in all sorts of places and by all sorts of people. The viral video has the song “Black Beatles” by Rae Sremmurd and Gucci Mane as its unofficial soundtrack, and the game remixes the song and presents one of the great gifts of the year: the overboard. The idea is to move your character around an open level while recording the people around you to get points. The key is in the circular movement of the camera, as you have to keep tapping the screen to make the overboard change direction and keep moving forward. Very fun and more complicated than it seems at first glance. [Download] The second most viewed video of 2016 is a proper oddity of a bit longer than a minute’s duration. If for some strange reason you haven’t seen it yet – well, what are you waiting for? The game of the same name follows the instructions from that catchy song: you have to skewer pineapples and apples with a pen. The fruits move around the screen while you throw the pen from the same spot. This involves calculating just the right moment when the pieces of fruit pass overhead. If you skewer them perfectly you’ll get more points, as you deal with ever more varieties of apples and pineapples. A fun arcade game that does a great job translating this super strange Japanese video into a game. [Download] Throwing a hat in the air and making it fall perfectly on your own head isn’t exactly the simplest thing in the world. Or maybe I thought it was until I saw this movie. After putting my jaw back in place after it almost fell off and failing at my own attempts to do it, Ketchapp gives you the chance to do it virtually. In this Android game you have to send a hat flying and catch it again on your head. Which gets quite complicated the higher you throw your hat – but also delivers more points. Another arcade game to spend hours with trying to beat your personal best. Keep an eye on the characters you unlock, as you’ll also come across famous characters like the already-legendary Ken Bone. [Download]

OK, so maybe this game isn’t based on a specific viral video but I didn’t think twice about putting it into this list thanks to it source of inspiration. A few years ago a trend got popular of cats walking on two legs. A particular video of a white Japanese cat got even more attention, amazingly. Its strange but deft amble on two legs gave the idea for the development of The Walking Pet, a complicated game where you have to get as far as possible without losing your balance. A gameplay taken straight from another title: Daddy Long Legs.  [Download]