Home Software Reviews The Floor Is Lava is the latest meme to spawn new video... 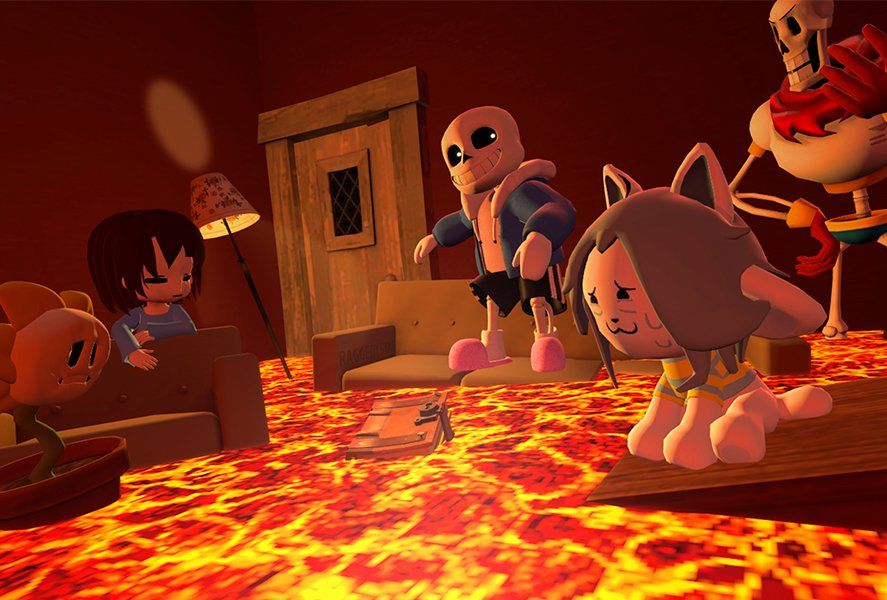 Viral content is a phenomenon as intense as it is fleeting. Internet culture has made it so that certain videos and images become instant obsessions around the globe – even if only for very short periods of time. One of the latest memes to make the rounds is “The Floor Is Lava“, a viral hit that has been reborn as a bunch of video games. 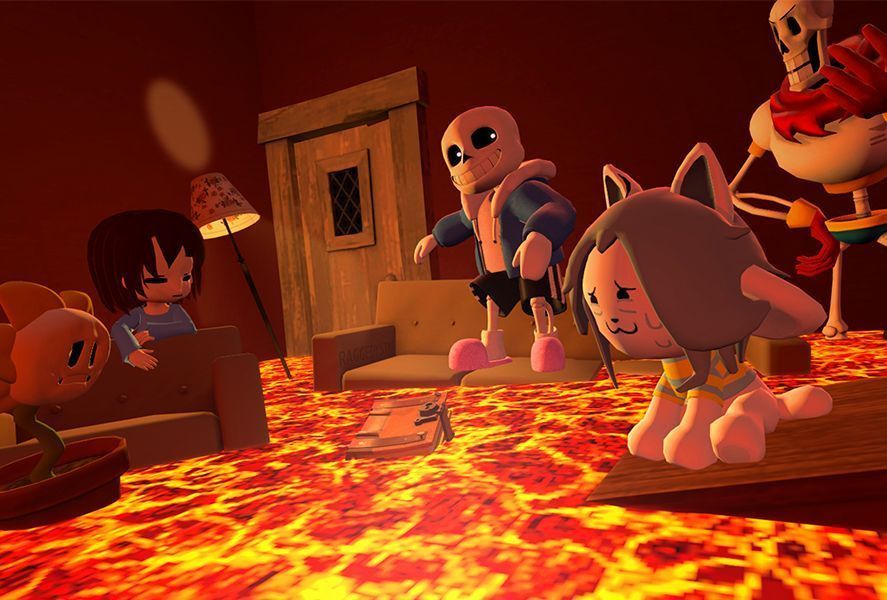 What is The Floor Is Lava?

The new meme we’re talking about here is based on a British video where everybody who gets told the phrase “the floor is lava” has to find a way to stop touching the floor within five seconds. A curious challenge generating zillions of videos online for the enjoyment of everybody all round. Here’s a video compilation of tons of different people seeking refuge from the imaginary lava.

The real origins here have nothing to do with memes, actually – it comes from the 1948 short story “The Wish” by Roald Dahl (of “Matilda” and “Charlie and the Chocolate Factory” fame). In this tale a boy imagines the floor full of hot coals and snakes – a scenario that probably most kids have played in some way or another. The Floor Is Lava meme may not end up being as big a deal as the Mannequin Challenge, but if it keeps up like this it seems set to be the biggest trend of this year.

The Floor Is Lava video games

As anybody familiar with the ways of Internetland may have guessed, several video games have already sprung up with a “floor is lava” theme and we’ve got a few free ones for you here in our always-vast Android catalogue. We blogged a while ago about Android games based on viral videos so no surprise this one’s gotten its own spinoffs in pretty short order.

Though the three games we’ve got for you here are all about the same thing, the gameplays are quite different between them. Still, the idea in each of the three cases is, well, not to end up on the floor that is lava. This time literal lava. 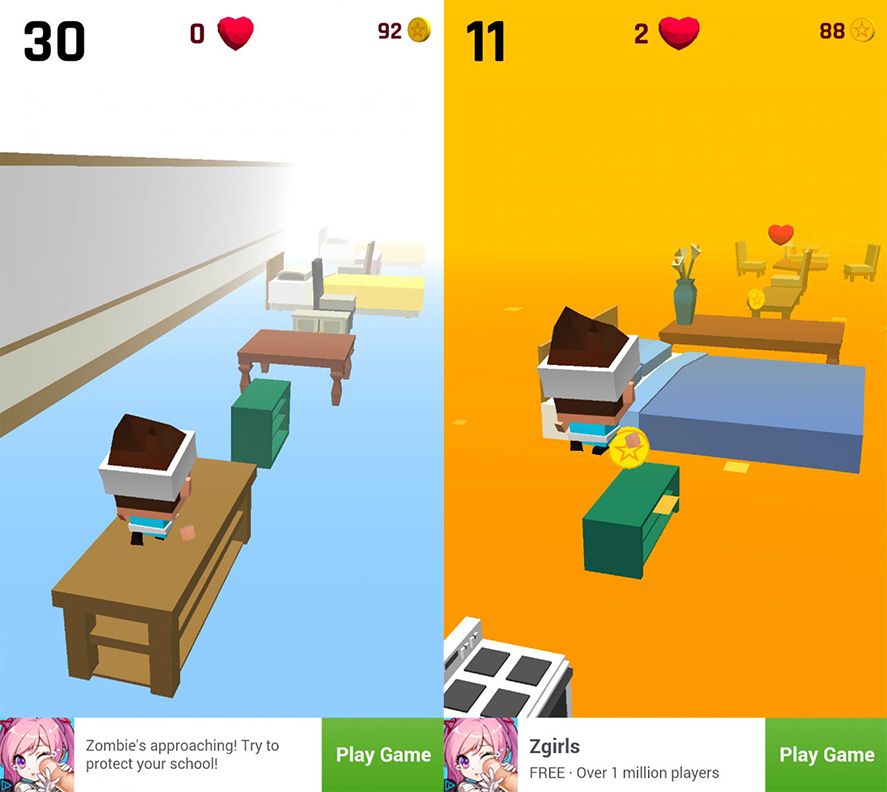 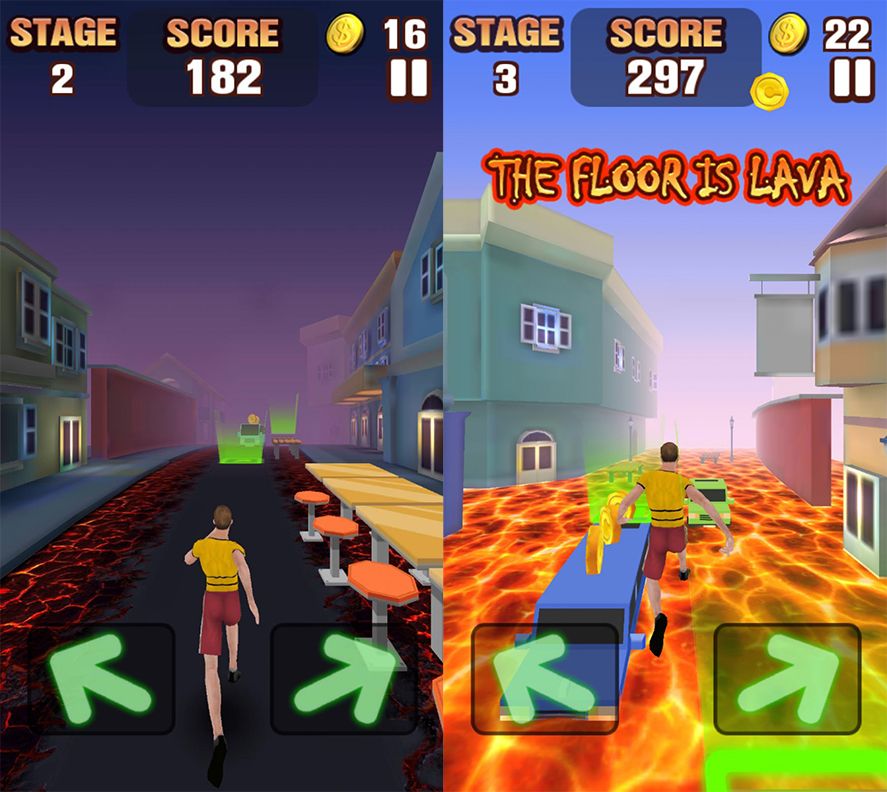 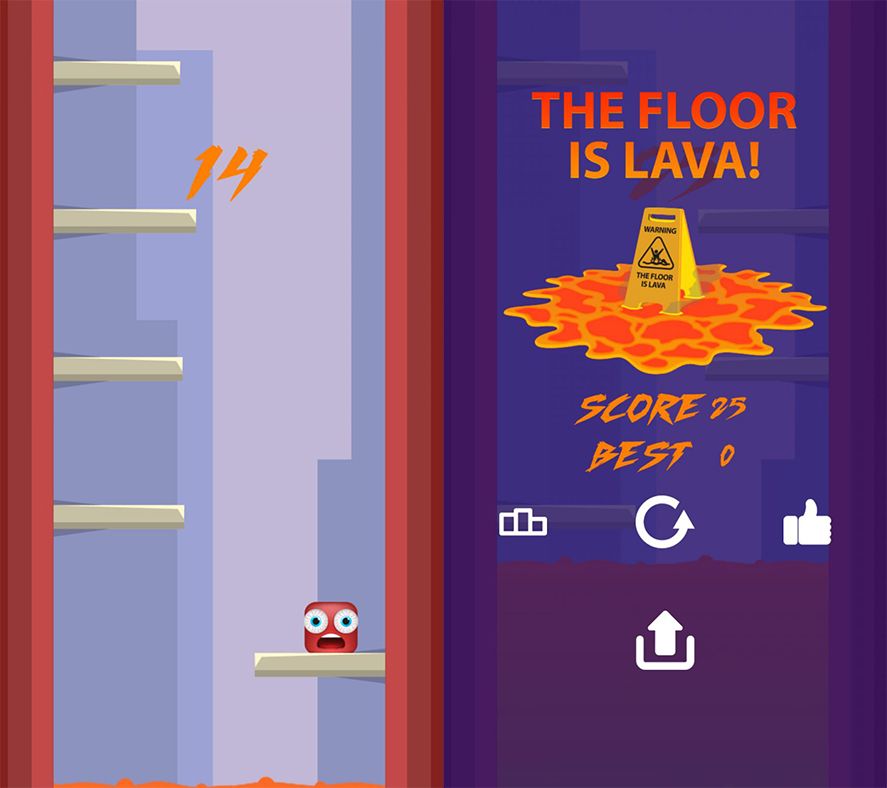