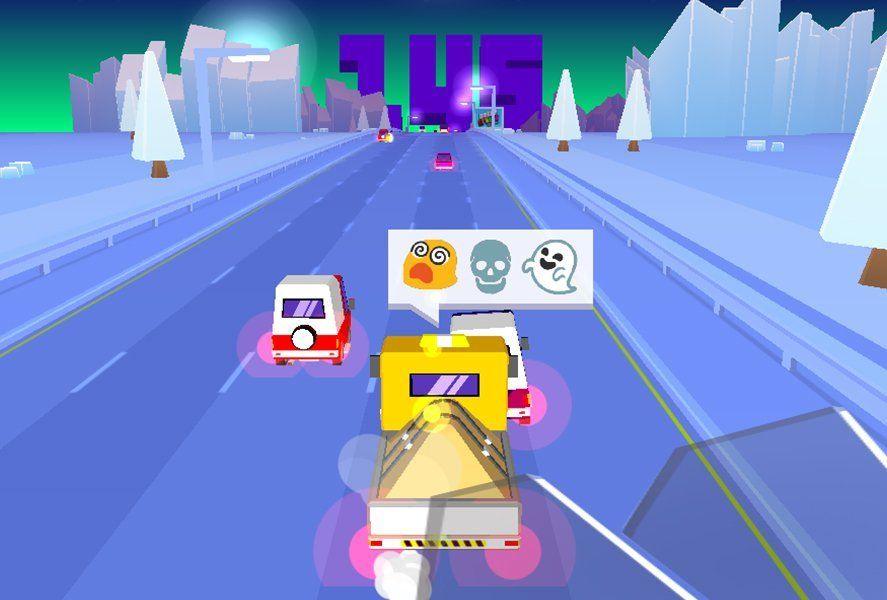 Dashy Crashy has been wearing out gamers’ thumbs on iOS devices for over a year now while we Android users could do nothing but look on and sigh. Luckily, the wait is over and we can finally enjoy one of the best endless runners available for smartphones. In this title full of speed and zany crashes your side-swipe skills will prove key in determining how long you make it in one piece. (Hint: probably not long.) 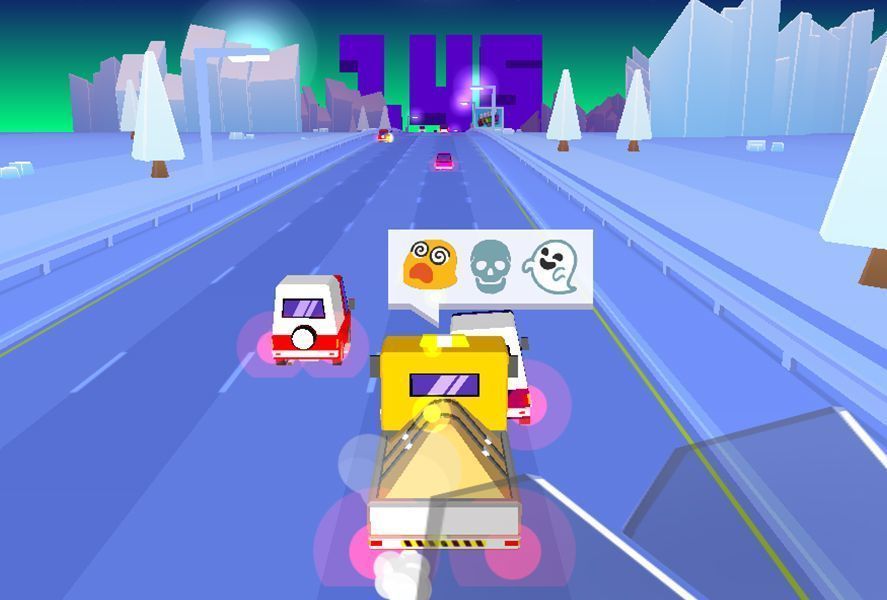 Your aim is the same as in any standard endless runner: to last as long as you can without dying and get the highest possible score. But this arcade game puts other genre standards to shame with its variety: each car has its own oddities and in many cases so does the gameplay.

It’s not the same thing to drive the first car, where all have to do is careen forward and hope nothing runs into you, and a snowplow, which has the option to whip out its blade and thus avoid crashing into anything. Or drive a melon truck around collecting watermelons on the highway to boost your score. Every car is a world unto itself and this variety is a big part of the magic in Crashy Dashy. 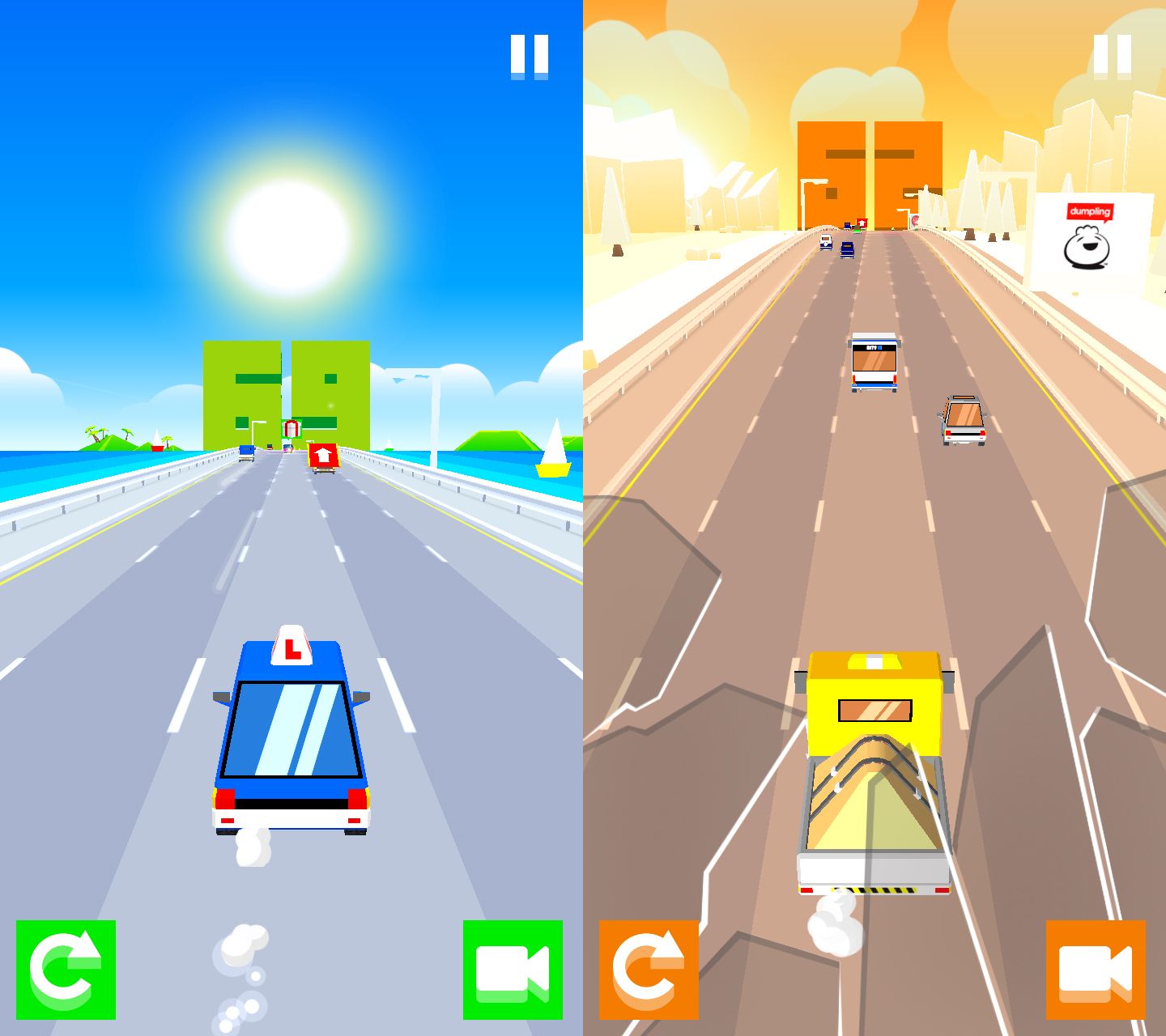 The controls for driving couldn’t be simpler: swiping your finger to the sides makes you switch lanes. Plus you can swipe vertically and activate a small accelerator for use when you need it. That said, don’t go wild with it or you’re likely to end up crashed into one of the many obstacles along the shoulder. Plus you can’t forget some of the cars’ special abilities that activate when you tap them.

Dashy Crashy has rolled out on Android in the best possible way: with a juicy update package that’s justified the addition of “Turbo” to the end of the fun game developed by Dumpling Design. Android gamers can enjoy the comprehensive revamp to the original game with its stunning total of 80 different cars, extra game modes, and new customization options. 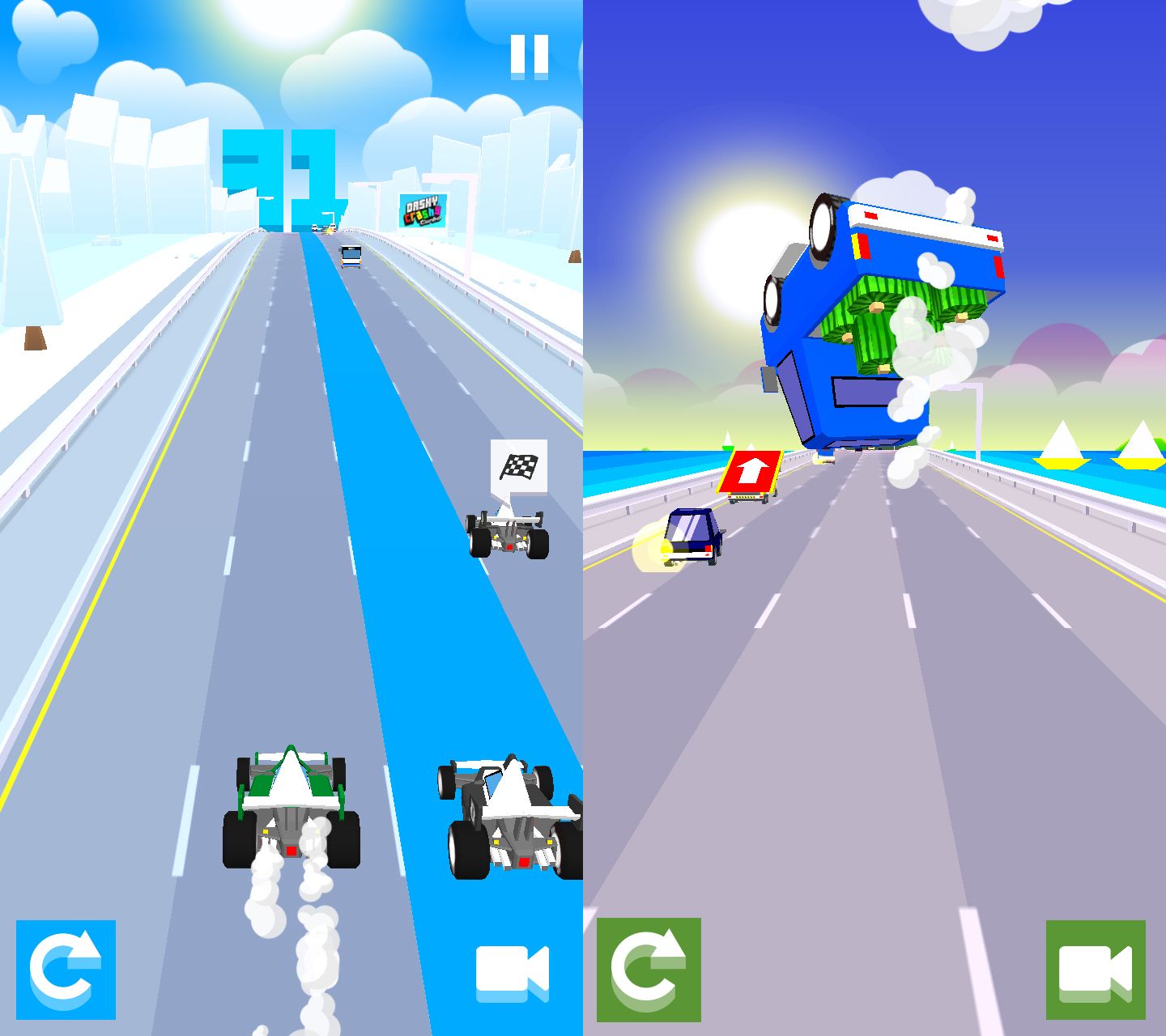 Dashy Crashy offers hours and hours of endless fun. Its arcade ethos keeps you going with an entourage of new challenges and cars to unlock after beating certain scores or getting specific achievements. Its look and its humor, with emojis playing a central role, invite you to keep coming back again and again.