Home News and Updates Never skip a beat with these top free note taking apps for... 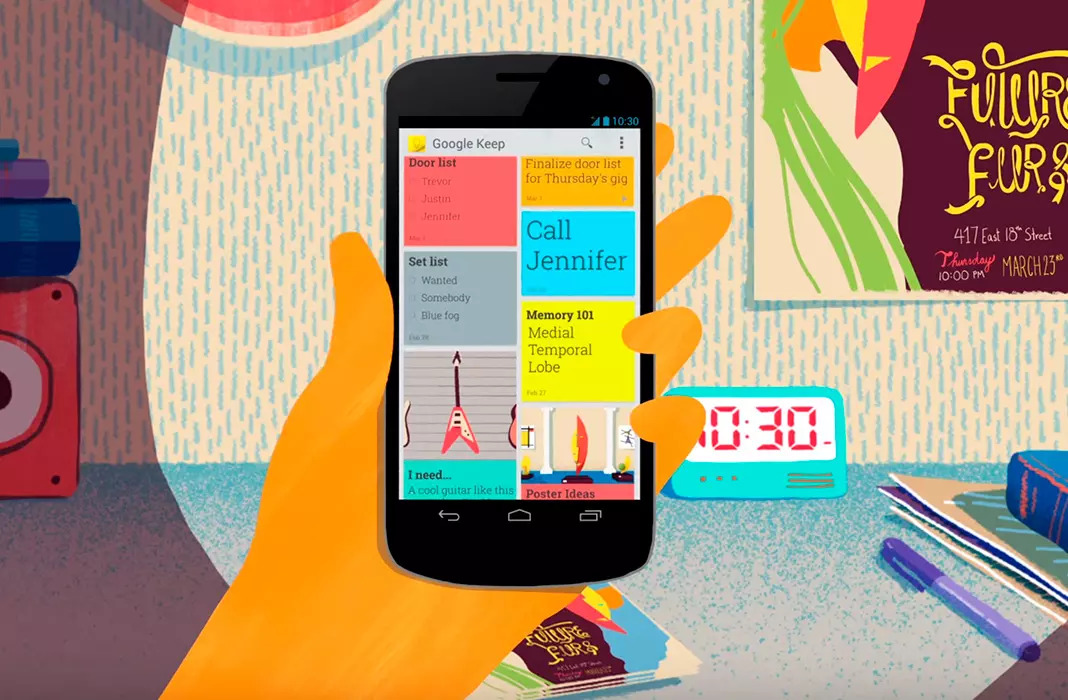 One of the main features smartphones come in handy for is that you don’t have to carry around quite as many things in your backpack. Smartphones have quickly become a kind of ‘swiss army knife’ of the digital era thanks to the sheer number of tools they provide. In a single swoop they’ve taken on: alarm clocks, calculators, flashlights… In fact, you’d be wasting time by listing every single function smartphones now provide, so today we’re focusing exclusively on our favorite: note taking. Here’s our list of the best free, absolutely top notch — ad-free — note taking and task listing apps on Android. 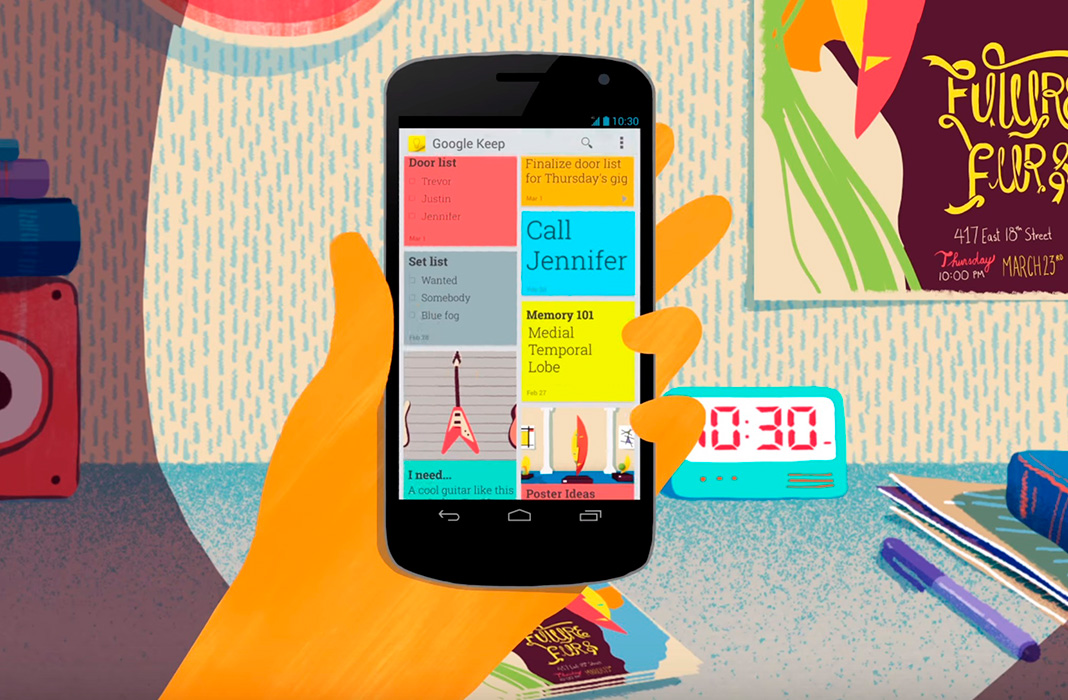 Honestly, we’re particularly partial towards open source apps that make note taking easier (and free) for users. That’s why Joplin is at the head of our rank. Joplin isn’t bogged down by heaps of extraneous features. Its streamlined appearance falls in line with its core purpose: managing all your notes and lists. Plus, it easily syncs up with Dropbox, OneDrive, Nextcloud, or WebDAV. [Download] 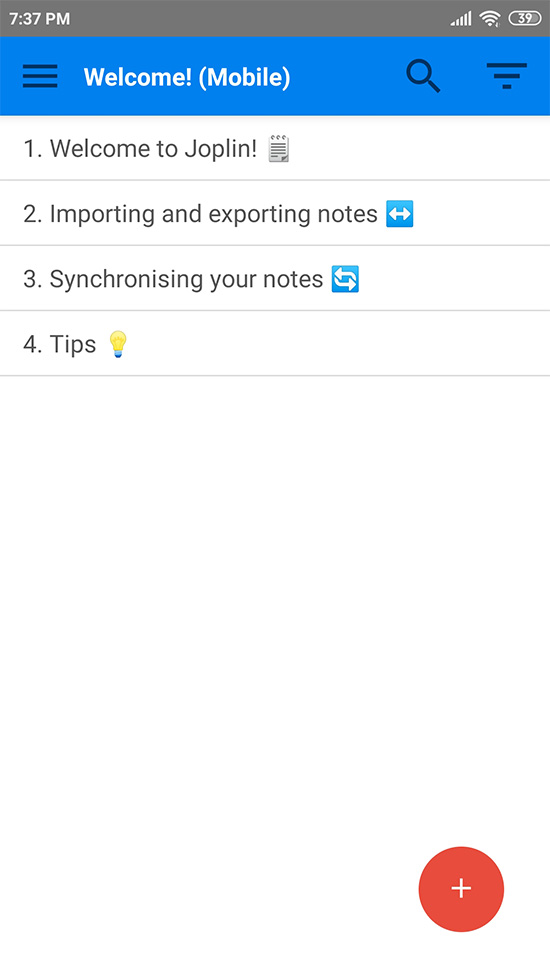 We’re looking at a timeless classic. ColorNote has been on Android for ions now, but that’s not to say it isn’t still relevant. It’s perfect for anyone whose looking for a standard notepad without having to waste any paper. Some added features include the option to select a notepad color to divide each note up in categories, or add a sticky note to your screen, but that’s about it. ColorNote does one simple thing, but it does it very well.  [Download] 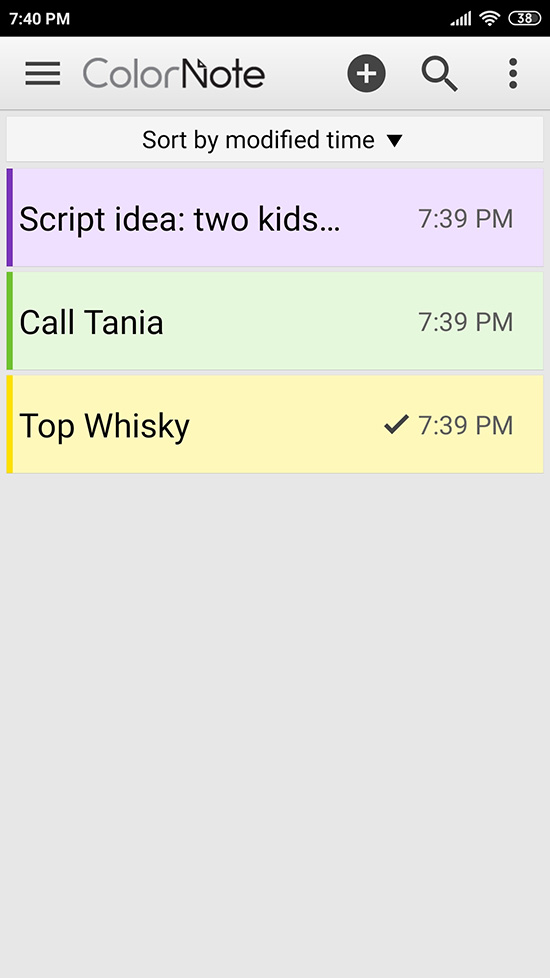 Slowly, but surely Microsoft caught on to Android. The ultimate end of Windows Phones finally got the Redmond giant to widen its horizons and make the jump to Android. But, OneNote landed on the ecosystem years ago, making it one of the best possible tools for creating and managing notes on your smartphone.

Although, that’s far from OneNote’s sole function. It’s no one-trick pony. No sir, in fact, it’s potential is tremendous. Grab snippets from the internet, handwrite notes, doodle, save information any way you want and add tags to organize it all. Plus, OneNote easily syncs up with other apps so you can access your notes from essentially anywhere. OneNote is Android note-taking royalty. [Download] 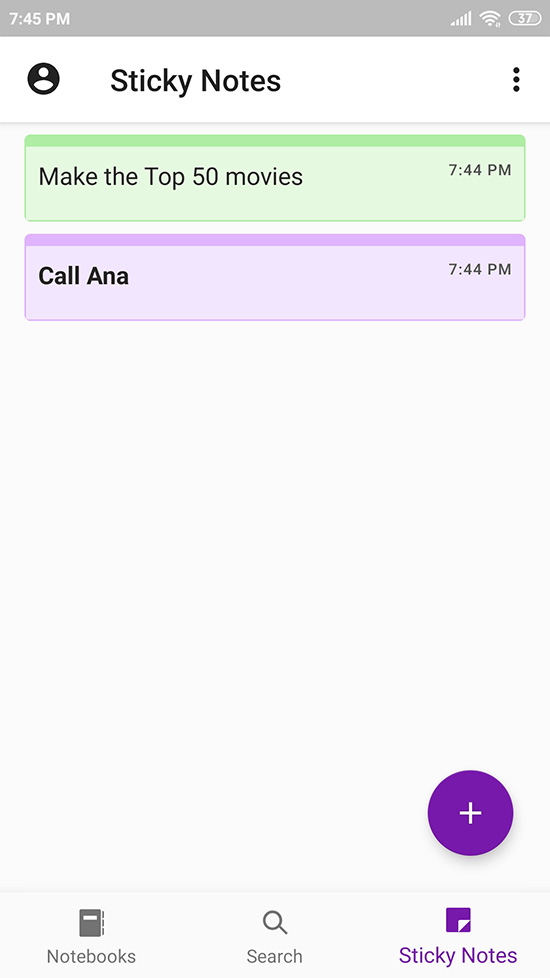 You’ll have noticed by now that there are loads and loads of simple note taking apps. But in this specific selection, we chose to highlight note-taking apps that go that extra mile, providing an optimal experience along with some of their own unique flare. SafeNotes is just that. A top notch note-taking app that allows you to go as far as encrypting your notes so no one will ever mistakenly (or maliciously) read through them. Plus, it provides an extra layer of security whereby you add a password and PIN to access the app. Pretty spiffy. [Descargar] 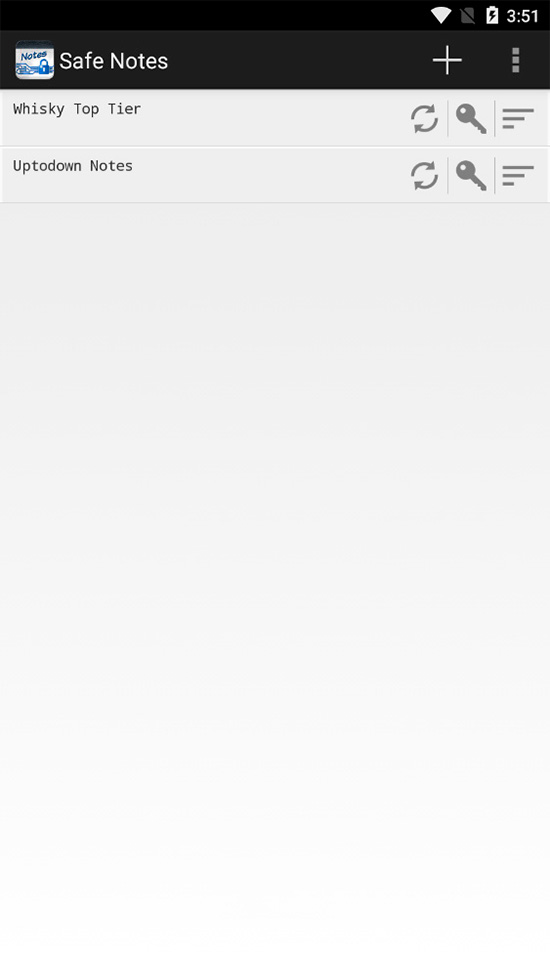 Turns out minimalism isn’t just for your closet. Simplenote embodies this philosophy and we like it. Rendering note taking even easier, Simplenote also adapts to whichever device you’re using to log on: web-browser, smartphone, PC… It’s also entirely hassle-free. We’re looking at one of the most efficient and eye-pleasing note-taking apps on Android.  [Download] 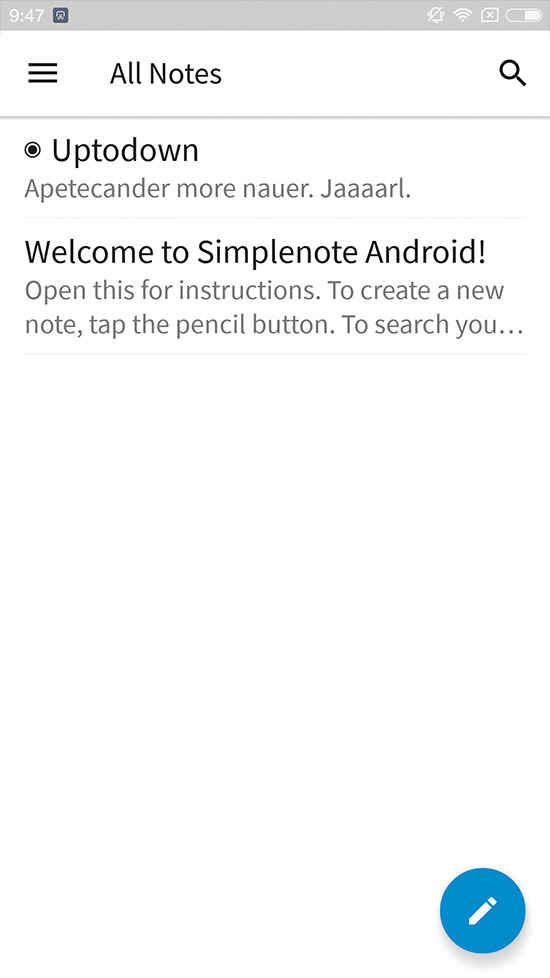 What grabs us about Markor is just how easy it is to customize it. Not only does it allow you to take quick notes, set up lists or store links you want to read later on. NOPE. On top of all that this tool also lets you shape your notes anyway you want. It supports and runs code, and lets you highlight and export content in HTML or PDF formats. Not to mention it’s open source. [Download] 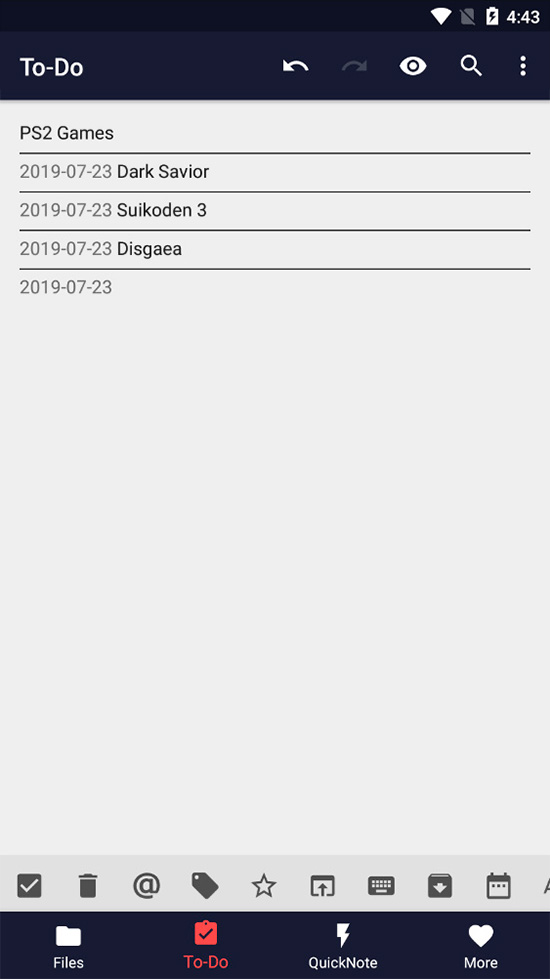 Any note taking app is bound to ultimately have a positive effect on your day-to-day productivity. But, some of those apps will also get you sidetracked due to the whopping number of features they provide. Orgzly doesn’t do that. It’s solely centered on making life easier by getting stuff done. Write quick notes, set up a daily to-do list or plan out your day with its handy dandy agenda feature. [Download] 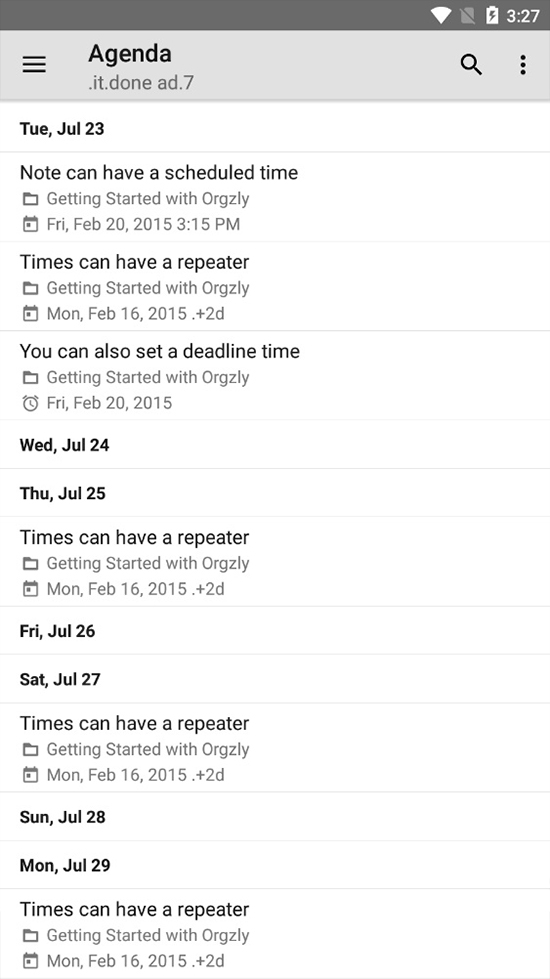 If there were a totem pole of note taking utilities, Google Keep would be at the very tippy-top. Unsurprisingly so, it’s very, very good at handling notes. Plus the latest update to emerge from Google has proved a significant improvement on its initial version. Now you can save notes as images, lists, voice notes, etc. It also has the added advantage of being a true-blue Google product. [Download] 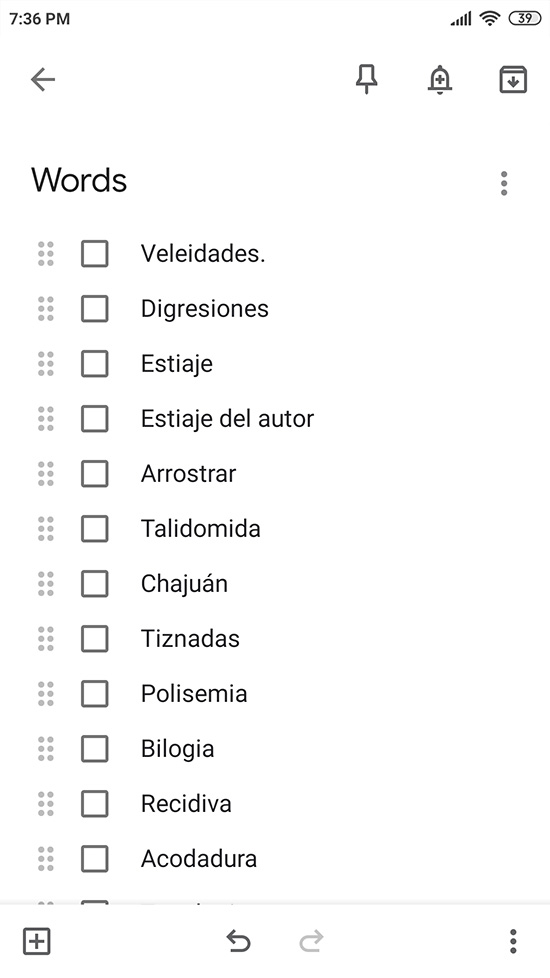 Google Keep: Save notes right from your browser

Google Keep lets you do drawings in your notes