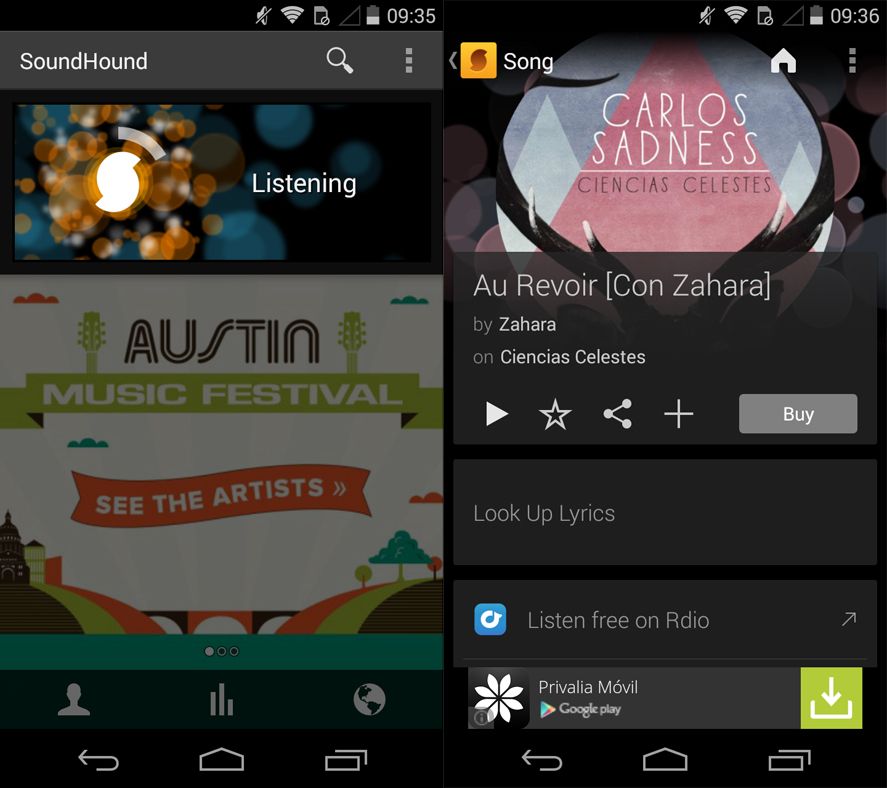 You probably already know that the most popular tool for instantly recognizing a song being played is Shazam. But there are other, less-known alternatives that are just as efficient at doing the same thing with the help of the microphone integrated into your device, with each offering its own particular features to adapt to your needs.

SoundHound goes a step further than Shazam in recognizing songs, allowing you to find what you’re looking for either by detecting the melody from an external source near your microphone or from a tune that you hum. When the list of results appears you can listen to pieces of each one to make sure you find what you’re looking for, or even view a video clip if you have an Internet connection. SoundHound also has a few other strong points: The web version of this tool, Midomi, incorporates a few extra features, such as the ability to post your audio snippet for the site’s millions of users so they can help you identify the song if the tool itself can’t do it.

The music-recognition tool from Sony, like the other alternatives, will tell you in a matter of seconds what’s playing in the background, with the difference that once you’ve recognized a song you’ll get an option to listen to the artist’s songs via YouTube or buy their music, as well as share your discoveries on social networks. The voice search system that has recently appeared on Google can transcribe your voice searches on both your smartphone or your desktop browser. And it can also detect the song being played. To do so, click on the microphone icon while the song in question is being played. If it’s a song that can be identified, a music note will automatically appear in the lower part of the search bar, and if you click it, you’ll see the name of the artist. How to send WhatsApp messages from Google Now

All the voice commands and secrets of Google Now

How to install Google Experience Launcher on devices with Android 4.1 and higher