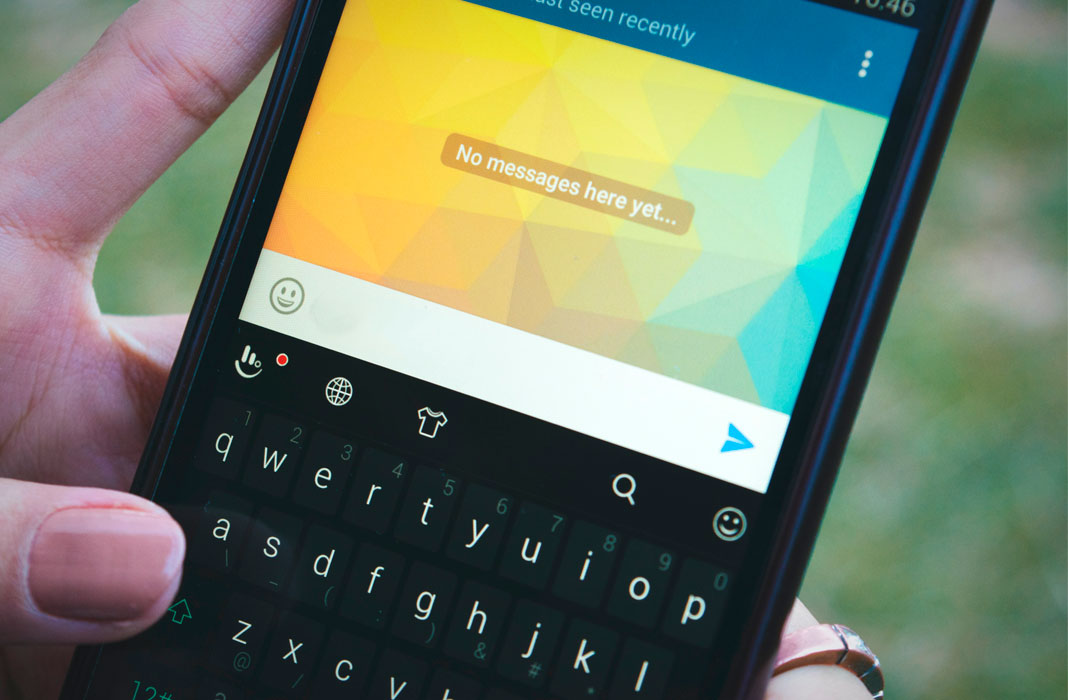 It can be tricky to choose a good virtual keyboard for Android. It’s an important decision that doesn’t only affect how fast or precisely you type; the right keyboard will also improve your overall experience when it comes to using your phone.

All Android manufacturers include their own default keyboards on their devices. However, if you don’t like the one that came pre-installed or if it doesn’t meet all of your needs, you don’t have to settle. There are tons of alternative keyboards on the market, each with its own unique and extra features. Let’s take a look at some of the best keyboard options out there.

Google’s Gboard is undoubtedly one of the fastest and most complete keyboards that you can find. It has several typing modes, including voice typing, gestures and glide typing (sliding your fingers from one letter to another).

It also offers an AI-based word and phrase prediction system, multilingual writing and emoji search and is able to translate while writing in 26 different languages. 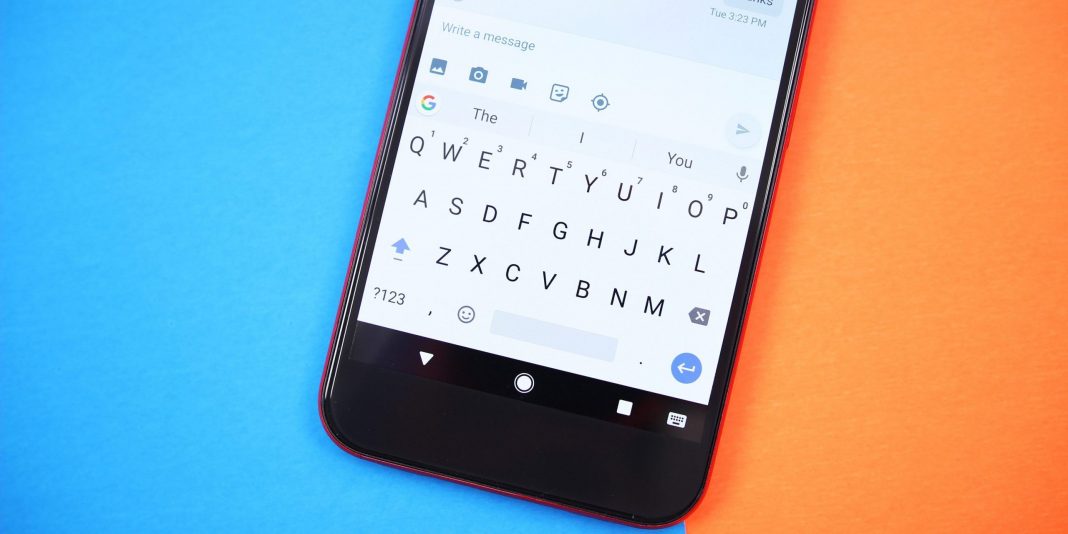 SwiftKey is one of the classic alternatives to the default Android keyboard. Like Google’s keyboard, SwiftKey Keyboard has several typing modes as well as an AI-based autocorrection system that’s able to learn the way you type to correct your typos faster.

It’s also possible to sync it with your Facebook and Twitter profiles, so the keyboard learns what names you use and how you type to show you suggestions and fine-tune corrections.

SwiftKey also offers a floating keyboard that you can resize and drag anywhere on the screen to type. You can also turn it into a split keyboard, which is especially useful on larger devices like tablets. 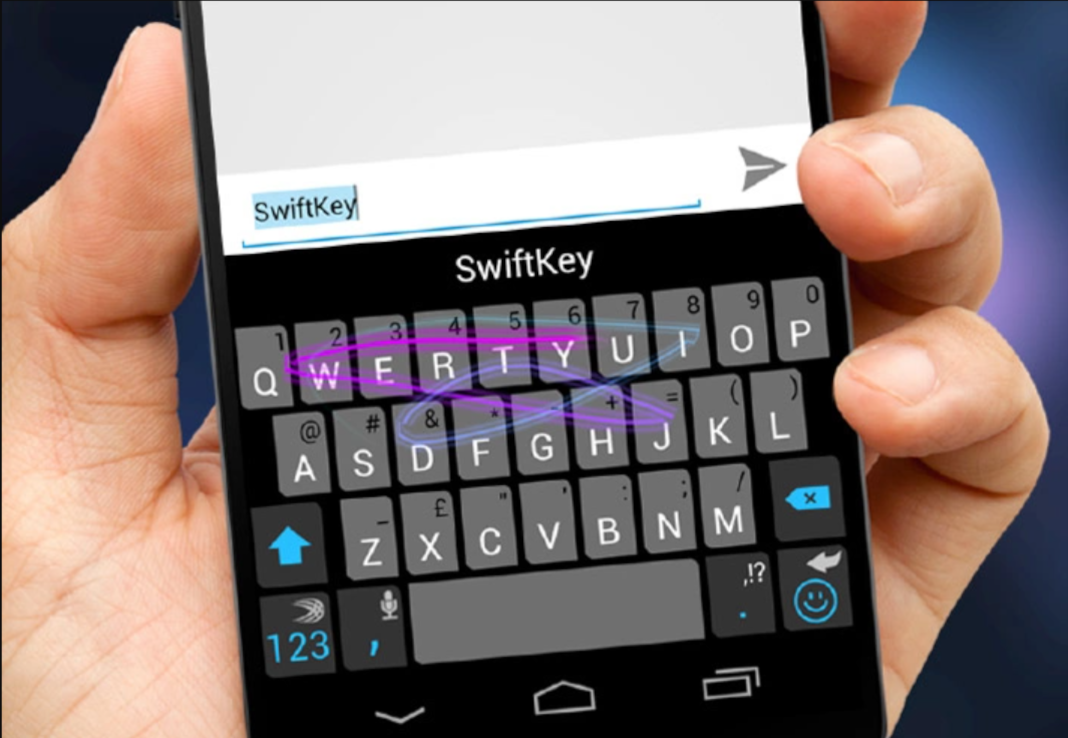 Facemoji proves that virtual communication has evolved to unimaginable heights. Beyond the fact that you can customize this keyboard with an endless number of skins that can be edited at will, the tool gives you access to a huge library of emojis, fonts, GIFs and special characters to make all of your interactions more interesting.

The use of all these features is no longer limited to your interactions with other people in direct conversations during the day to day, but they serve as creative support to publish original compositions on social networks like TikTok and Twitter. The only limit when it comes to creating custom keyboards is your own imagination. 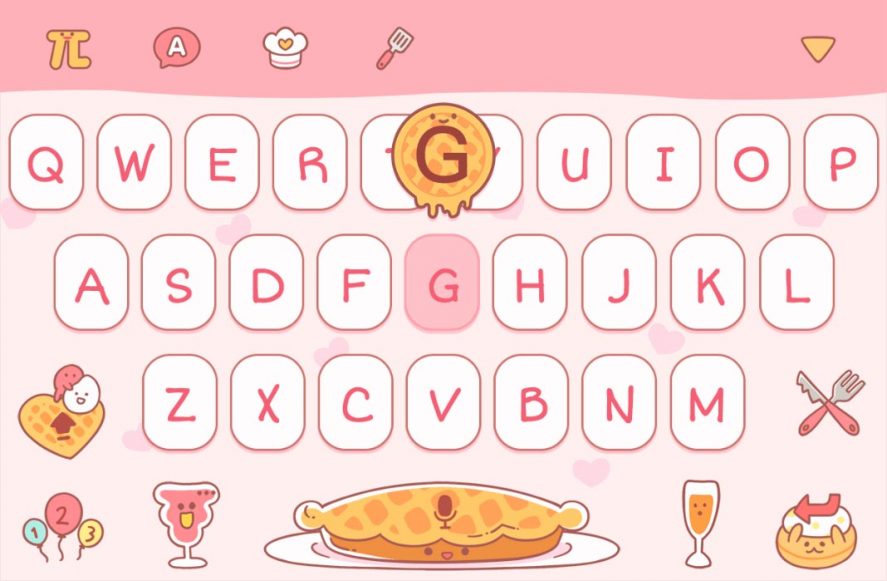 Minuum is a unique keyboard that completely breaks away from the traditional QWERTY layout by condensing all the characters in a single row. It’s a much smaller keyboard than you’re probably used to, ideal for one-handed typing.

Minuum takes some time to get used to, but thanks to its powerful autocorrection engine it’s easy to get over the learning curve and enjoy all the features it offers.

If you’re looking for a keyboard that’s both visually appealing as well as complete, Chrooma Keyboard is undoubtedly the best choice. One of the most remarkable things is that it adapts to the color theme of the app you’re using and has themes that you can use to customize it according to the style of your phone.

In addition, Chrooma has an AI-powered prediction system that suggests words and emojis according to the context of the conversation. It has a tool to search for GIFs, multilingual typing, gesture typing and one-handed typing.

This keyboard isn’t as well known as the ones mentioned above, but it is another one of the best options you can opt for. It offers several typing modes, emojis, autocorrection and support for several languages.

One of the unique things about Ginger Keyboard is that you can play classics like Snake and 2048 within the keyboard itself. It also has tons of customization options that allow you to adjust the color, transparency and background of the keys.

Fleksy is one of the keyboards for Android with the fastest typing speed. It has gesture shortcuts that you can use to perform actions such as adding words to the dictionary, enter spaces, delete letters or words and undo any change.

It can be customized with colors, themes and design sizes and also has 800 emojis, stickers and thousands of GIFs. Like those we’ve seen so far, this keyboard also covers basic functions including gesture typing, word prediction and text correction and has support for more than 40 languages.

OpenBoard is the open-source alternative to Gboard. Based on AOSP, this keyboard’s main virtue is that it respects privacy by not sending diagnostic data or private information to Google. However, it’s quite simple, with a very clean interface and fewer features than the other ones we’ve just seen.

For example, it doesn’t have gesture typing, but it does offer the option of activating correction suggestions or suggesting contacts and words. It also includes customizable themes and emojis.

Grammarly Keyboard is the perfect keyboard for anyone who regularly writes in English but doesn’t quite master the language. It’s from the creators of Grammarly, the app and browser extension that checks the grammar, spelling and punctuation of your texts.

This keyboard for Android corrects the written text automatically and also explains why it has done so. This way, not only will you write correctly in English but also learn the language as you use it. Just keep in mind that you won’t be able to write with it in any other language. 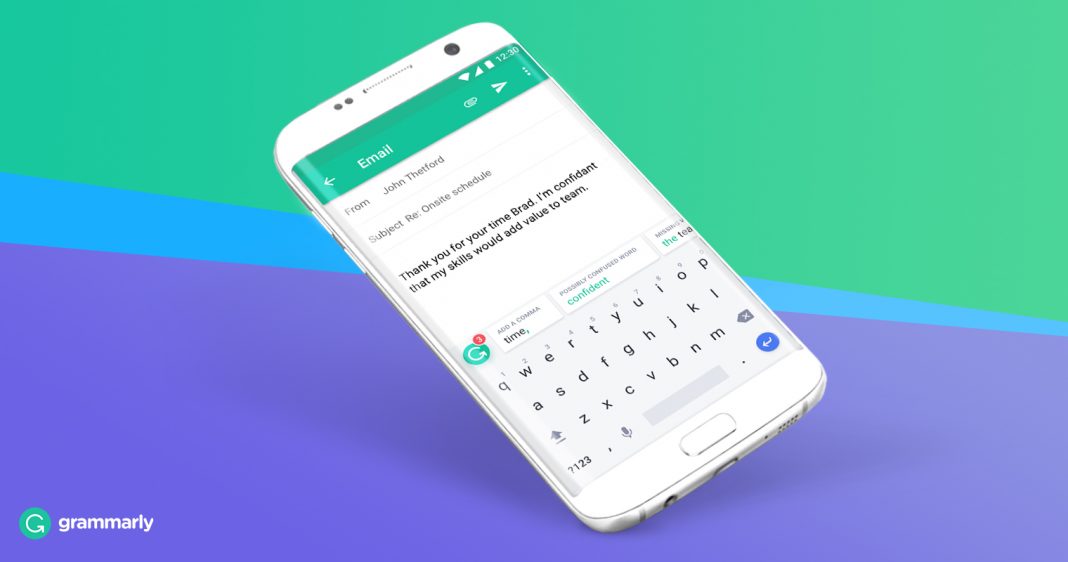 Last, but not least, we have Typewise Keyboard, a keyboard whose developers claim that it offers better autocorrection than Gboard and Swiftkey. Its design is striking, as the keys are 70% larger than usual, have a hexagonal shape and are displayed with an interesting honeycomb layout.

Typewise Keyboard has an intelligent autocorrector that gradually learns how and what you write to be able to fix any error faster. 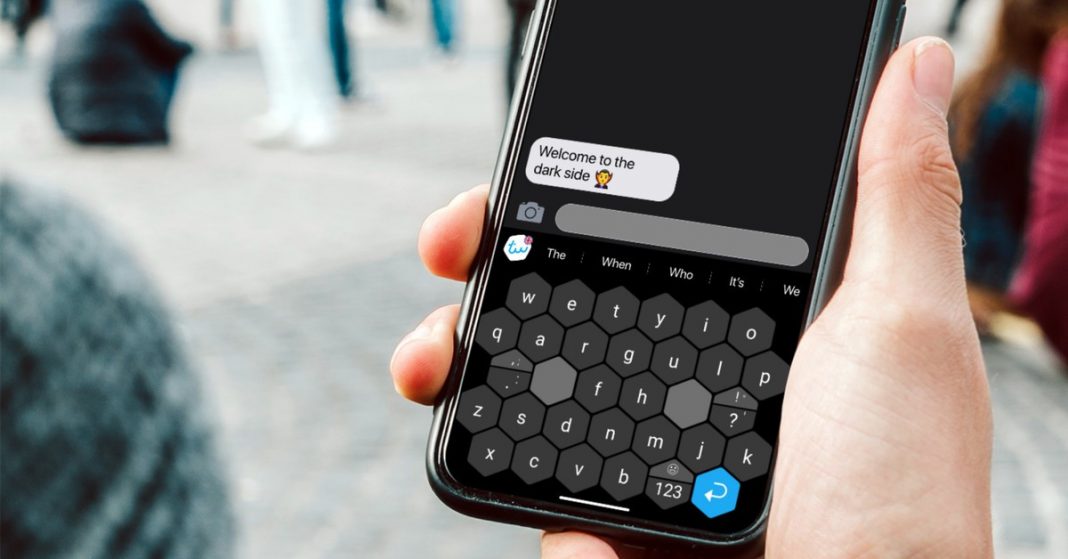 Chrooma Keyboard: An Android keyboard worth checking out