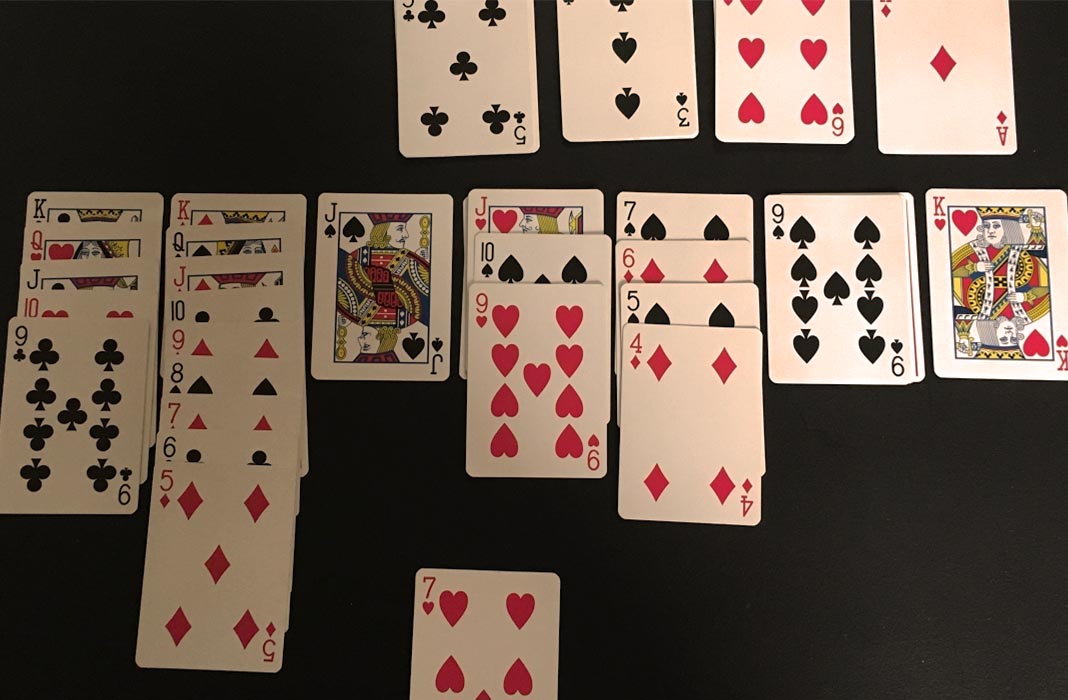 The fact that a quarter-century after its first appearance on Windows Solitaire is still kicking—and allowing your mum to play a few quick hands before dinner—speaks volumes about its cultural significance. First introduced in 1990 as a game included by default in Windows 3.0, Klondike Solitaire has appeared in countless incarnations, to the point that it will even be included on the soon-to-be-released Windows 10. Here are a few curiosities about the origins and evolution of what might be the most-used desktop application in the world.

The origins of Solitaire

The so-called Klondike (or Patience) is one of the most widespread versions of Solitaire, the first written references to which date back to the 18th century, concretely to the German games anthology Das Neue Königliche ‘Home-Spiel where it was originally conceptualized as a pastime for two players. It didn’t break into British and American society until the middle of the 19th century.

Beyond its evolution over the years with revisions and mathematical studies in works of French, Russian, and Swedish origin, the first digital incarnation of solitaire was made in 1984 for Macintosh by Michael A. Casteel, who continues to this day to update his original version with editions for iOS and Mac via his official webpage. In this case, the early bird didn’t get the fattest worm. Microsoft employee Wes Cherry, still a student in those years, was the guy who wrote the code for the game for its release on Windows 3.0. As you can read in this informal interview from 2006, the terms of his contract included no mention of royalties for the revenues his software would accrue to the company. Apparently nobody could imagine how far it would reach.

The brightly colored card graphics were created by the well-known Susan Kare, a graphic designer to whom Apple owes a large chunk of credit for Mackintosh’s graphic interface during the 80s. The robot deck or the seashell still appear in the dreams of many office workers whose productivity nosedived due to this game. In fact, you’ll probably still come across the guy in the next cubicle over having a quick round on his break now and then. What made Solitaire so successful?

One of the greatest fears of novice users at the beginning of the 90s was facing The Mouse. The novelty of moving a cursor around a window was too big a step for those who’d always worked with a Spartan keyboard and command line. Solitaire served as the point of entry for the peripheral, providing a fun opportunity for users to get comfortable with the mouse by dragging the cards from one side of the screen to the other.

From the need for a mouse-training tool we follow Solitaire on its inexorable move to become every office worker’s favorite time killer, which is why every incarnation of the operating system has incorporated updated versions of the game along with extra variants like Spider or the addictive FreeCell. The latter, in fact, has become the headache of many game theory fans due to the impossibility of resolving certain hands of cards from among the 32,000 possible ones. They’ve even done a crowdsourcing project among hundreds of users to see if it was possible for a human player to resolve all hands. Loads of variants and clones

These days, Microsoft Solitaire Collection comes preinstalled on Windows 8.1 via Windows Store alongside the incombustible Minesweeper, and it’s also been confirmed that it will be incorporated in Windows 10…although so will Candy Crush Saga. How the times have changed! So much so that a quick look at our games catalogue for Android reveals DOZENS of games based on Klondike. Solitaire (straight as that) is the most downloaded version on Uptodown and the closest to the original version for Windows, although interesting variants exist such as Pyramid Solitaire Saga or compilations like Solitaire Collection, with over 50 different Patiences.