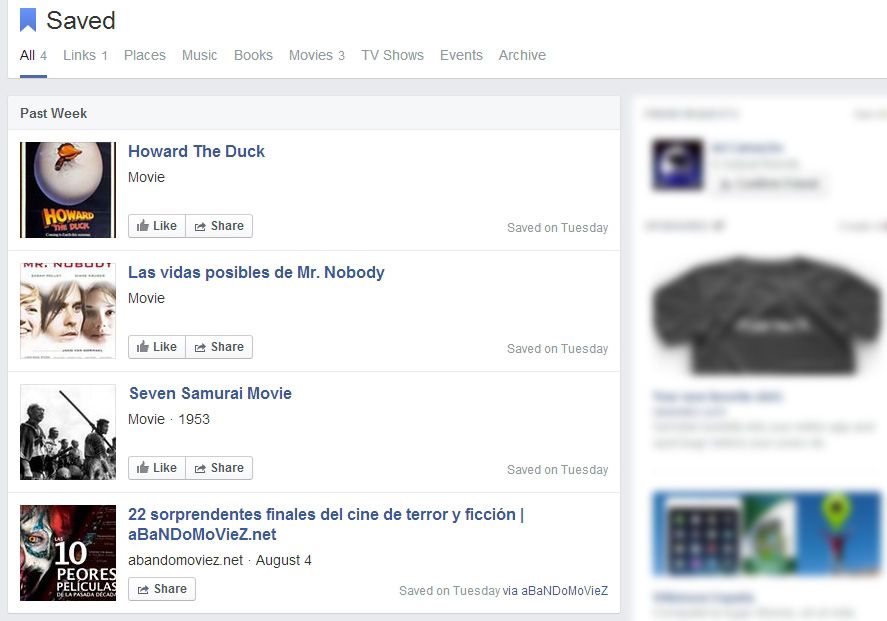 Facebook has reached a point of no return with regard to the enormous amount of material published there every day. Whether it’s the umpteenth photo in sepia tones of tanned legs on a beachy shore or links to interesting articles on scientific research, you can finally store this content with a new feature just activated by the social network, and can save any post to read later, cataloguing it by theme.

This feature is available on both the web client and the official smartphone app, with a new category called “Saved” that you can find to store a post without liking or sharing it. To do so, just drop down the context menu at the top of the post or page you want to mark and tick the corresponding option to save it. What’s truly interesting is that depending on the nature of what you’ve saved, it will automatically be put into one of the many categories of bookmarks, in particular links, places, music, books, movies, TV shows, events and a general container to save what doesn’t fit into the other sections.

The system finally makes sense of the endless labyrinth of interest-based pages that have always been so chaotic to organize. Thus, if one of your friends clicks Like on a film, you can store it in the bookmarks section to look at later. From the bookmarks menu you’ll have a shortcut to the Like and Share buttons, meaning that if you’re smart in how you use it, it could become a powerful interests network, although at the moment it doesn’t get along quite perfectly when you have large numbers of saved bookmarks. (Another thing is that in general the content shared on Facebook tends to be concerned with more ‘mundane’ matters).