It’s an issue as ubiquitous as WiFi itself: randoms break into network connections and eat up the bandwidth without the owners realizing it. Though most routers include web control panels where you can manage which machines are permitted, smartphone apps can also get this job done. NetCut is one of them: this app scans your network for randoms and then blocks their access. 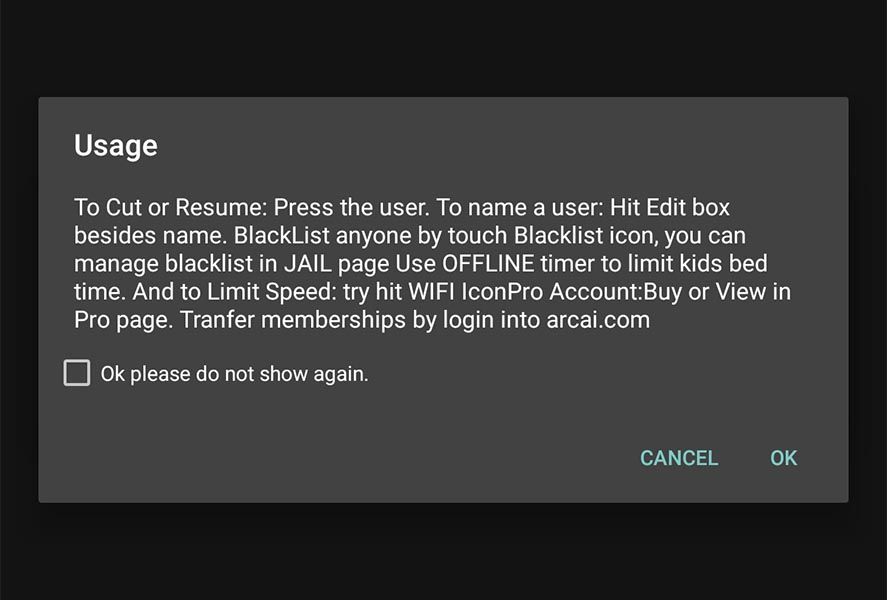 In the Cut tab you’ll see a list of all users connected to the network alongside their MAC and IP addresses and info on network connections or potentially dangerous connections made via spoofing. Plus you can verify the machines more intuitively by checking the make and model of the connected device.

That done, by clicking on the wireless connection icon of the device in question you can block it by sending it to your Jail list, which prevents further connections to your WiFi until you take it off the list. Another useful option is to limit the max percentage a device can use on your network by adjusting the bar at the top of the screen. You can actually do this for all machines by using the icon up top showing three network symbols.

Another useful feature lets you block the network for access by any new device from that point on. All listed machines will retain their permissions. A good way to apply this limitation is by simultaneously activating all devices that you want to have access and then blocking the WiFi from then on out. 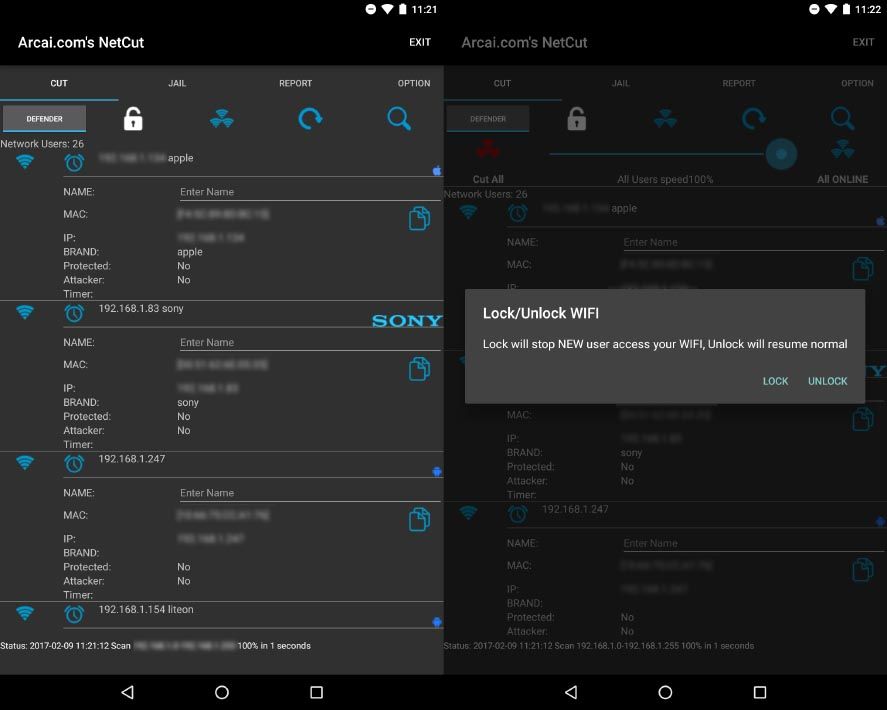 Plus there’s one other feature focused more on managing the bandwidth on your own devices: you can block or limit the access of certain devices at set times of the day. This is useful when automating tasks: if for example one of your machines makes backups at a set time every day, you can give it full priority at that time to finish the process as quick as possible. That, or cut off your kid’s smartphone from a certain time of day, which could be another lifesaver for modern parents.