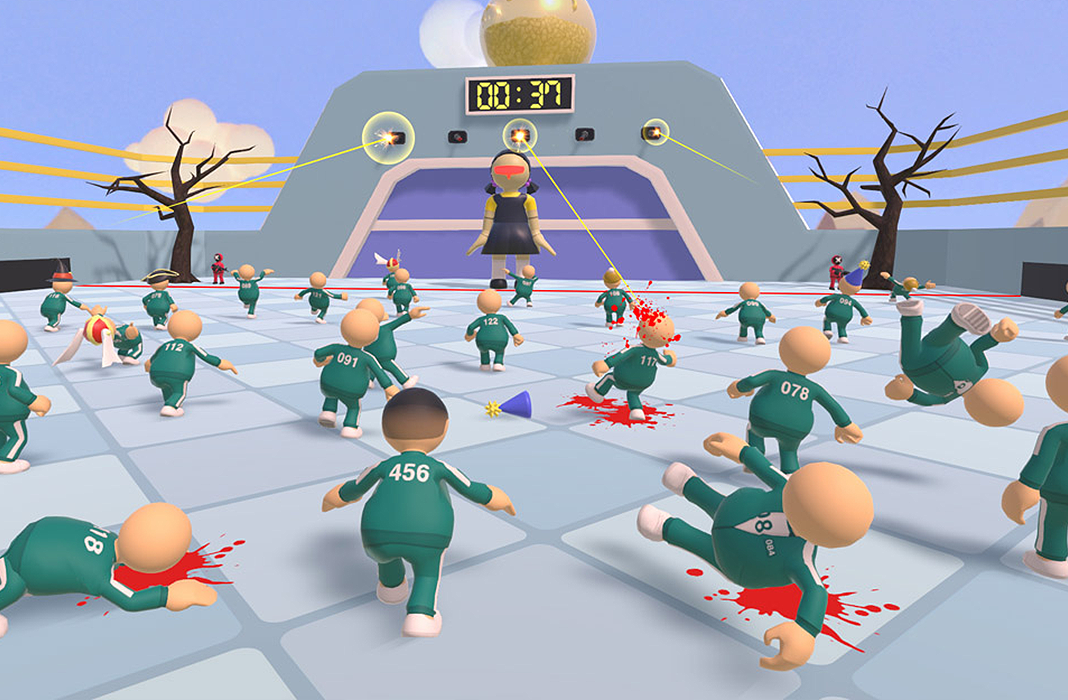 The concept of cloning, ripping or whatever you want to call it, is as old as the history of video games. Especially in the early days, when the industry was just starting out and its profits had not yet caught the attention of the big Hollywood studios and their lawyers. Why invest a lot of money in a license if you can pay “tribute” to it without having to shave a dollar, a yen or a peseta from your budget?

There are plenty of examples that, thanks to the physical format of the 80s and 90s, will remain forever on the shelves of collectors, like small altars dedicated to the mischief of certain developers. In Spain, we saw the release of the masterful Desperado, a blatant copy of Capcom’s Gun.Smoke and the no less stupendous Survivor, featuring a clone of the alien created by H.R. Giger for Ridley Scott’s movie, both by Topo Soft. 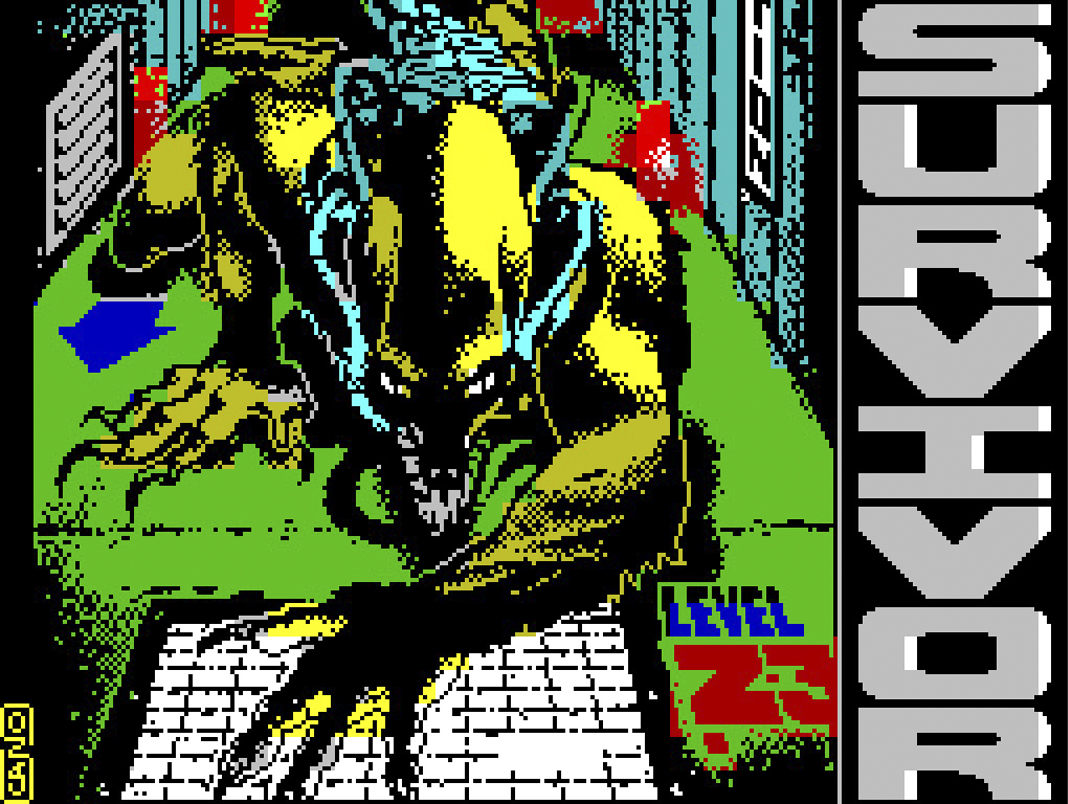 The Japanese video game catalog of the 1980s is also worth studying. Perhaps because at that time the U.S. intellectual property law firms had not yet set their eyes on a Japanese industry that was beginning to emerge worldwide. That’s why Sega had no problem releasing Revenge of Shinobi for Mega Drive, which featured Batman, Terminator, Godzilla and Rambo without paying a yen in royalties. The funny thing is that with the appearance of the console in the West, the following editions of the game altered these characters after legal threats from the characters’ owners. 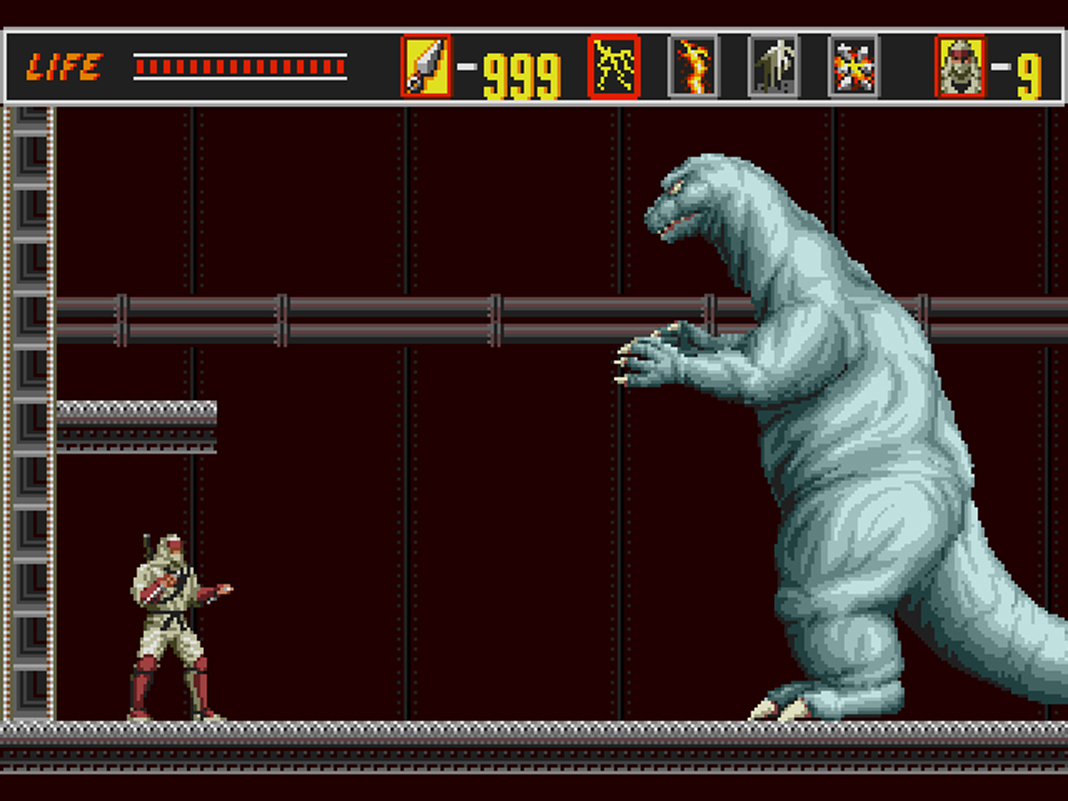 In the 1990s and 2000s the video game industry was already under the scrutiny of law firms, so “tributes” became a thing of the past… that is, until mobile games came along. Those modest productions began to sprout in such numbers that it was literally impossible to control everything that could be downloaded by anyone in Madrid, Buenos Aires or Hong Kong by SMS.

With the explosion of smartphones, an even wider field opened up for a lot of small studios that didn’t hesitate to take advantage of the formulas devised by others to get rich quickly, taking advantage of the unstoppable torrent of releases that appeared, and still appear, every day on Google Play and other digital marketplaces. Any original release that reached a certain commercial success was quickly “cloned” by other developers, sometimes camouflaging the gameplay with a completely different aesthetic and, in others, shamelessly replicating even the graphics. 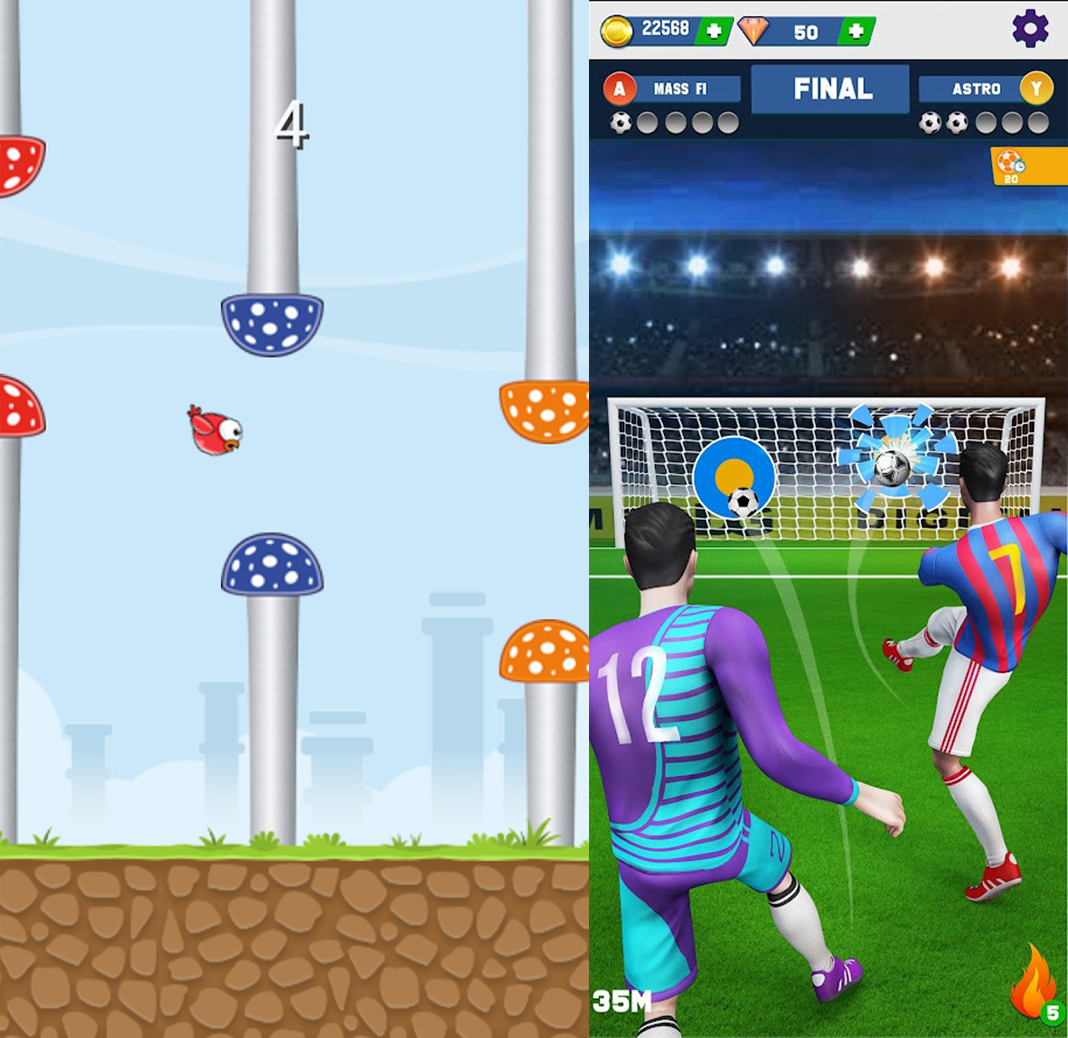 How many copies of the soccer-shooting game have there been? And of Flappy Bird? How many clones of Angry Birds have appeared? The shadiness isn’t only focused on cloning the successful title’s gameplay, but even the game’s icon — the first thing a potential buyer will see when accessing Google Play on a smartphone. Here’s an example, taken from a Reddit post, about the Clash of Clans copies that have been appearing, in the wake of the commercial phenomenon created by Supercell:

An invasion of clones based on Squid Game

One of the most recent, and most fun, examples are the number of Android games that have sprung up on the heels of Squid Game, the recent Netflix phenomenon. With 111 million people mesmerized by the sad fate of the participants in the gruesome survival game, it’s no wonder that Google Play has experienced an invasion of small games based on the trials shown in the series. 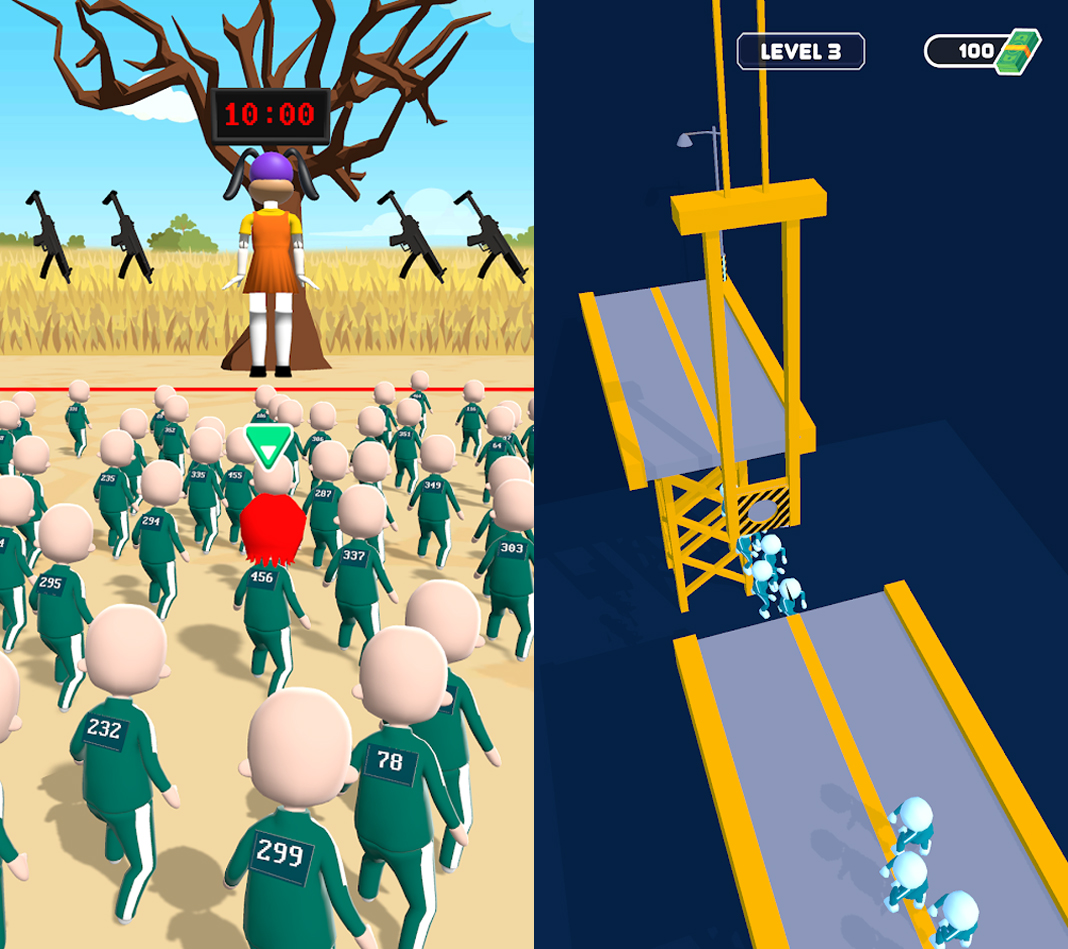 All you have to do is enter the terms “Squid Game” or even “Calamar” (in Spanish) in the Uptodown search bar, to discover an overwhelming offer of Android games inspired by the Netflix show that recreate some or even all of the tests from the show, one after another. 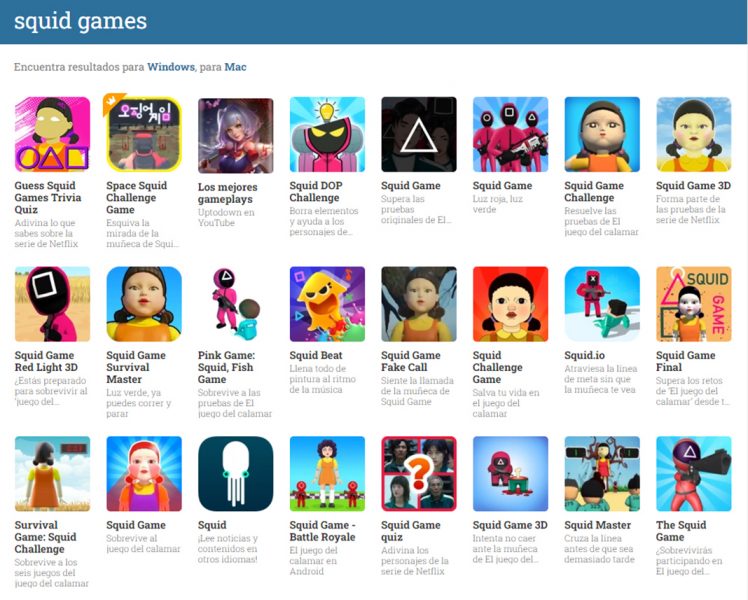 From the disturbing version of hide-and-seek, with its giant doll included, to the equally distressing cookie game and the tug-of-war challenge. They’ve even recreated the glass tile bridge. 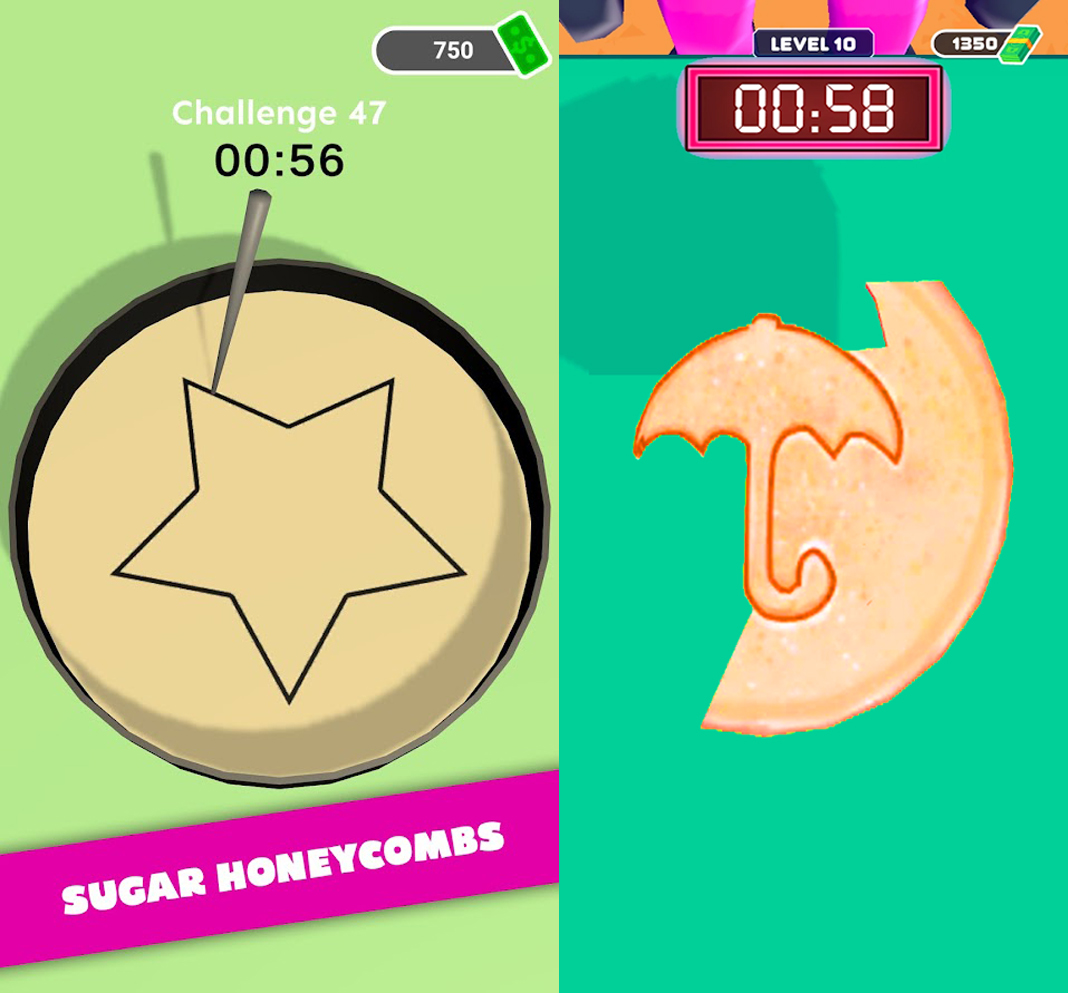 The icons of these games don’t hesitate to use the most recognizable elements from Squid Game as a way to lure in players, from the uniform of the vigilantes to the omnipresent doll. It’s a truly bizarre phenomenon that Netflix has been unable, or perhaps unwilling, to curb. At least for the time being. Possibly because the expense of lawyers, pursuing each developer one by one, would be stratospheric.

In this era of excessive and frenetic consumption, in which pop culture phenomena barely last a few months, these unlicensed adaptations of Squid Game will remain as a curiosity, another chapter in an all-out war to make the most profit in an increasingly massive market, where it’s very difficult to attract attention if you don’t have an enormous marketing budget that allows you to climb positions in digital stores at the drop of a hat.