Home Tutorials and Guides How to recover accidentally-deleted smartphone photos 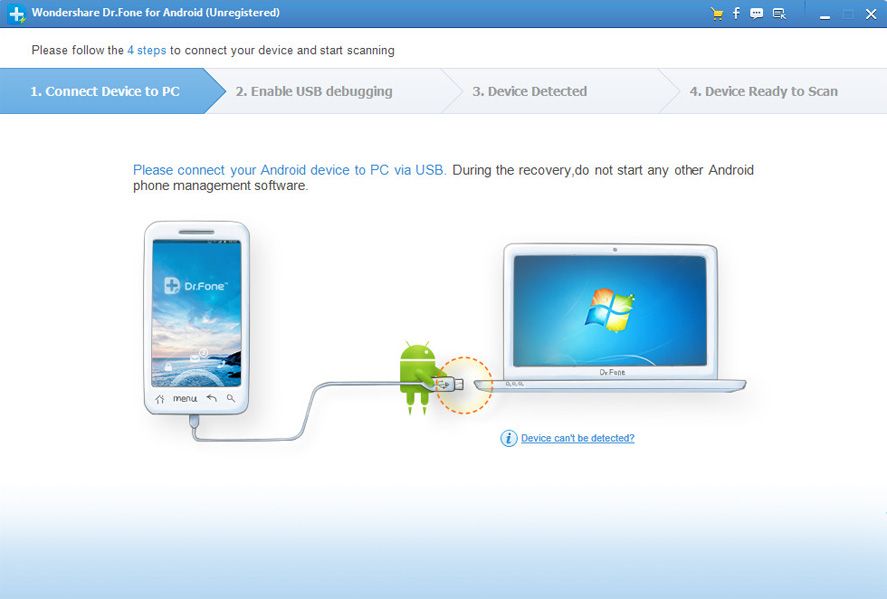 One of the most dramatic IT moments in the life of any user arrives when you lose your personal files by mistake or accident. Although these unfortunate events have always tended to be associated with desktop computers, modern smartphones—with their mass-storage possibilities—are ever more susceptible to suffering the same problems. But don’t panic yet, as despite its seeming impossibility, there are ways to recover photos and videos that you’ve lost on your smartphone.

What is file recovery?

This isn’t a matter of magic. When you delete a file from a storage system you’re not really deleting said content, but rather marking the place where it was found on your drive as empty so that the system can write over it (at least on certain file systems like FAT32).

Thus, if these sections are not overwritten with new data, there are ways to re-mark that information as available. Or in other words, if you lose data, DO NOT do any overwriting tasks on the unit where it was found and start the recovery process as soon as possible. This procedure will vary depending on the phone’s storage system and whether or not your device has been rooted (or jailbroken in the case of iOS).

Case #1: The files are on a MicroSD card

If you store your videos and photos on an SD card, you’re in luck, since there is much more hope of recovering the files since you can work externally from the phone and isolate the affected unit. The first thing to do as soon as you’ve lost the images is disconnect the card and connect it to a PC using a card reader. This means the system will recognize it as an external disk. The star program for Windows for recovering files deleted by accident is Recuva, a tool developed by Piriform, who also created the popular CCleaner. In an earlier post we went into detail about the program, but there’s nothing mysterious about the way it works: You open it, select the unit in question and the type of file that you’re looking for, and after a short search period you’ll get a list of all the recently erased files. If there’s a green circle next to a filename, it’s possible to recover it. If it’s red, it’s gone forever.

There are many other programs that do similar things, among them Wise Data Recovery or more comprehensive alternatives like Jihosoft Photo Recovery, but in most cases these are trial versions that require you to buy the app in order to be able to do the recovery (otherwise you’ll only be able to detect the possible files to be restored).

Case # 2: The files are on your phone’s internal memory

The real problems arise when your smartphone has no extractable storage system and stores all your data on its internal memory. It’s much more complicated to use tools like Recuva in this case, since when you connect the phone to your PC it’s detected via the MTP protocol instead of as a mass-storage system, meaning that it can’t be treated as a standard drive and most programs of this sort aren’t capable of detecting a phone through a USB cable. This is because most internal smartphone memory uses EXT4 or F2FS file systems, which are almost impossible to recover deleted files from.

Rooting your Android device consists of making a particular modification at the software level so you can get certain privileges and features that you can’t access by default. Certain apps require this for their use, as in the case of Hexabomb Recovery, one of the few apps that can recover files from EXT4 units.

If you’re not up to the task of “rooting” your phone, you can still try, as a last resort, certain recovery programs from your PC. Dr. Fone is one of them, with a wizard that can recover photos, stored chat conversations and other temporary documents that can’t be easily located. If all the above doesn’t work and you still want to try something crazy, you can try creating an exact image of your external drive, virtualize it on your PC and restore it with Recuva or a similar program. On the XNA-Developers forums there’s an interesting tutorial about the process to be followed.

Your faithful correspondent can personally attest to having gone through all the preceding hullaballoo after accidentally erasing all the photos on my device. As it’s a Nexus 4, I tried recovering the files from the internal memory, but thanks to bad management on my part I ended up recovering a minimal percentage of the lost images. So, here’s a few extra tips to maximize your results:

Solve all your smartphone’s problems with dr.fone

How to fix common problems on Android

Basic tools to protect your USB drive from loss or damage