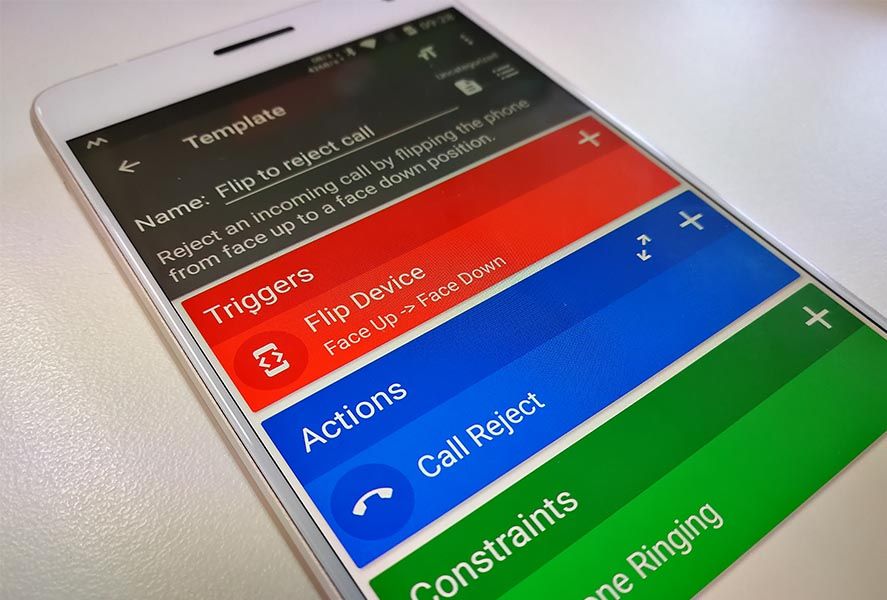 First of all, no, this is not IFTTT, let’s be clear about that. While MacroDroid is indeed able to auto-launch services from your device based on certain inputs, that’s just the tip of the iceberg. This app is a super powerful tool to make your device do all sorts of tasks under certain conditions, but its level of complexity and execution is as marked as the versatility of potential uses for its system of macros. The best way to understand how it works is to check out some examples. 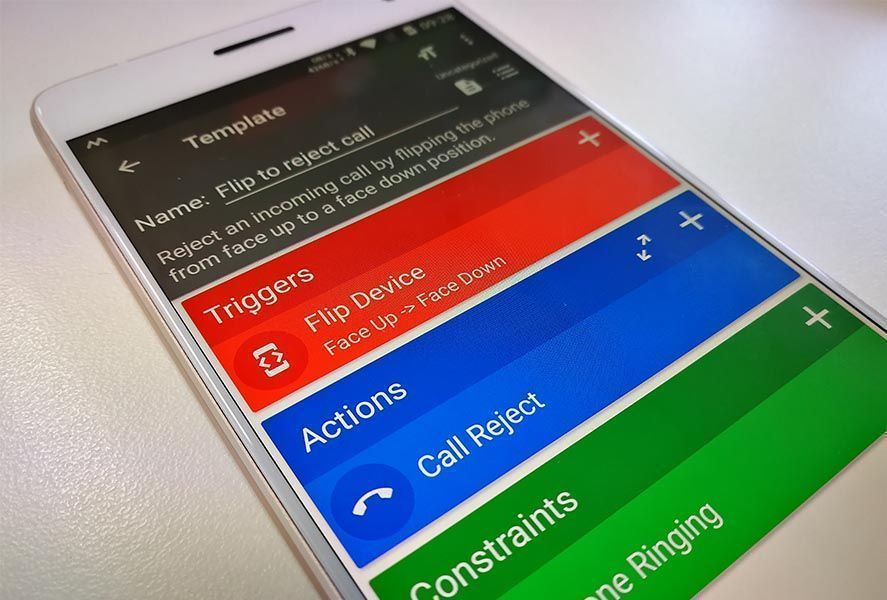 MacroDroid has no less than 62 possible triggers and more than 100 actions you can connect as desired. You might be imagining functions like “If the battery falls below 20%, then activate Airplane Mode,” but that would be a waste of its potential. You can, for instance, create an antitheft system that activates after three incorrect unlock attempts to switch your GPS on, switch the flashlight on, turn the volume all the way up and start emitting an alert, take a picture with the front and rear cameras and then automatically have the photos sent to an email address of your choice. Now you get the idea, right? 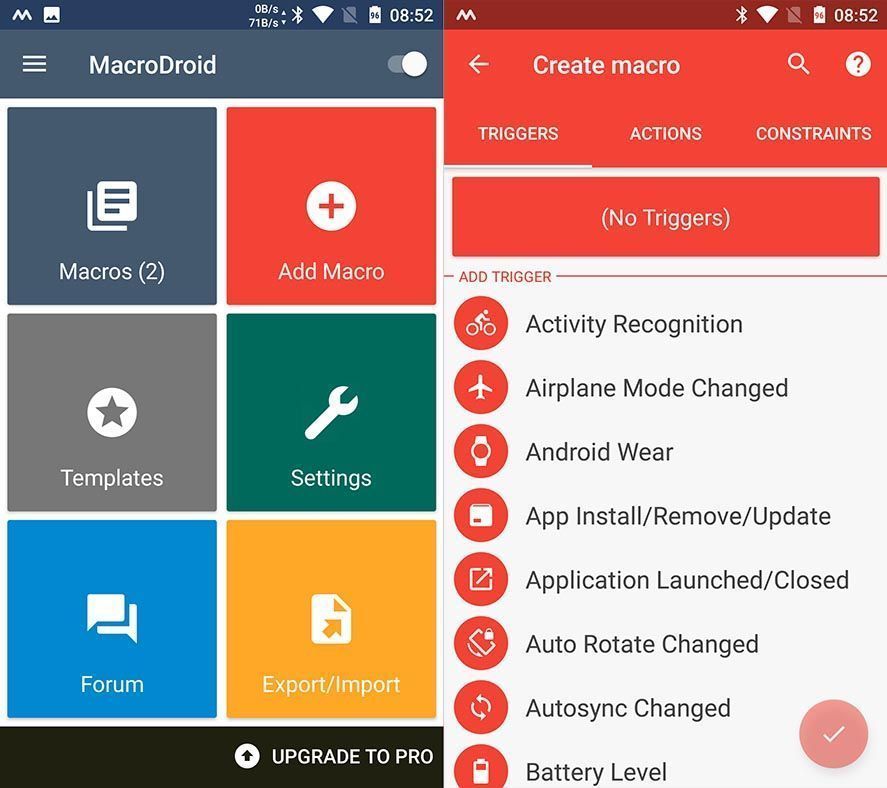 Though MacroDroid lets you create fully customized macros over an interface simple enough to keep your head from spinning, you can also check out the library of templates created by other users, all complete with user ratings. And you can share your own schema for other people to enjoy, too. Some of the most popular are the ones that activate the flashlight when the device gets shaken (in Moto X style), the antitheft system described above, and a spy mode that starts recording audio with the device microphone when you put your device face down. 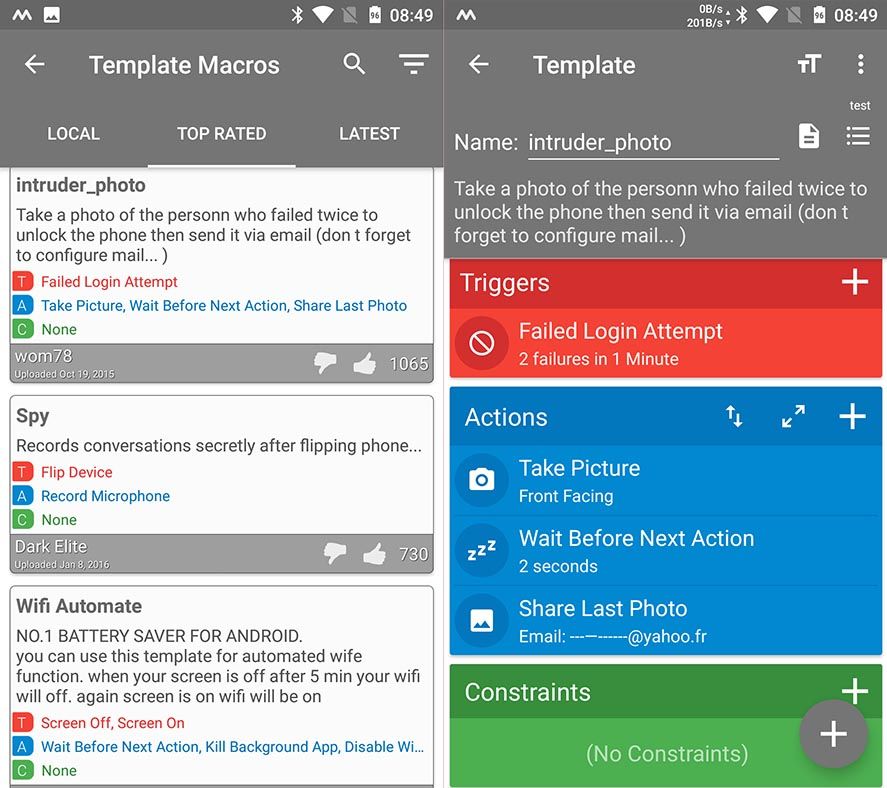 Though Macrodroid is fully functional on any device, certain actions are only available for rooted devices, such as activating or deactivating airplane mode or immersion mode or deleting the extra data from an installed app. Even if you don’t have access to these, it’s still a hugely useful tool.