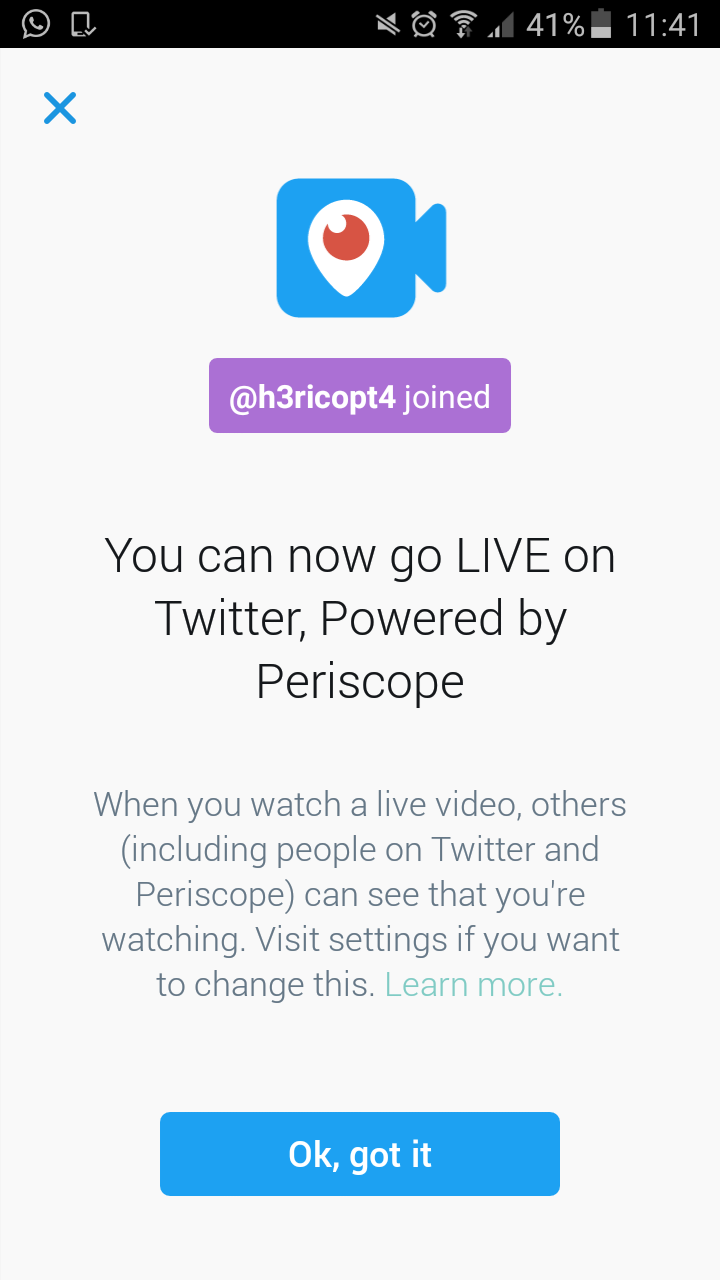 Although Twitter went live with this news yesterday; it wasn’t until today that the new changes went into effect. From now on, you’re live streaming video right from Twitter for Android without the need to go through external apps like Periscope. No need to install any additional tools or even an update; as these in-app changes were made without recurring to launching a new version of Twitter and are included automatically on version 6.26.0, released just a few days ago. In order to live stream, hit the publish button and select an attached file via the camera button—including options to add photos and videos from your gallery, as per usual. From there, you’ll find a new button with a Periscope icon that’ll direct you to the option to install the app—but you won’t need to, if you quick tap to live stream, and bam! You’ll be streaming your video to anyone willing to watch—given that you hit publish—that is. The real loss here—without Periscope—is that you won’t be able to access this app’s whole list of analytics including insightful statistics as to your view engagement and view numbers. No biggie, really especially for users like Yours Truly, who are far too lazy to be bothered with installing yet another app.