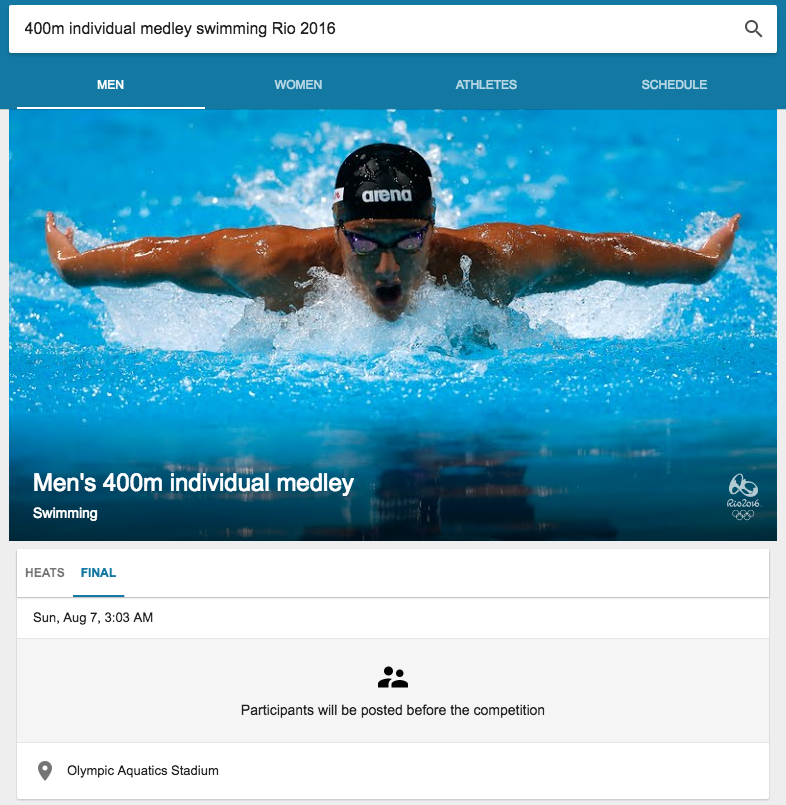 The Olympic Games in Rio 2016 are starting on August 5th, lasting 16 days with 10,000 participants from around the world who’ll be competing in over 28 different sporting events. Just like with Euro2016 and the Copa America, we’ll be following all the action from our smartphones.

The Official App allows users to look up general information for each event: site, official events calendar, and other random facts like where the olympic torch will be passing though. Even so, it’s not exactly the most adequate tool if what you’re after is an app that’ll help you follow each competition from afar. This might seem kind of whiny, but the fact that the official licensed app for an international event of this magnitude is only available in English and Portuguese doesn’t speak very favorably of its organizers. It’s also designed exclusively for ticket-holders who will actually be physically present at the games, and basically ignores the millions of people who’ll be part of the audience at home. This app does nothing for the vast majority of spectators, it won’t even tell you what time games are on. But, if you are looking for an app that’s a tad more useful in finding event times and scheduling, you could easily just go straight to Google. They’ve already activated –only on desktops, for now– information modules that run with searches according to the terms you used. For example, typing in “Olympic Games” will take you to the overall events calendar and will automatically show you real-time event results. Also, platforms like YouTube provide their own original content by covering the events on-site and live streaming them to the world–and that includes 360 imaging among other broadcasting systems. Twitter will also shortly present their own official event hashtags and following systems as has been standard lately with major sporting events. For now, it’s a good idea to follow the official Olympic Twitter accounts in English, Spanish, or Portuguese.

Licensing for the events is unsurprisingly willy-nilly. In fact, the only salvable product is this cute video game for Android where you’ll need to pass several olympic trials in the form of mini-games where you’ll compete against other players.