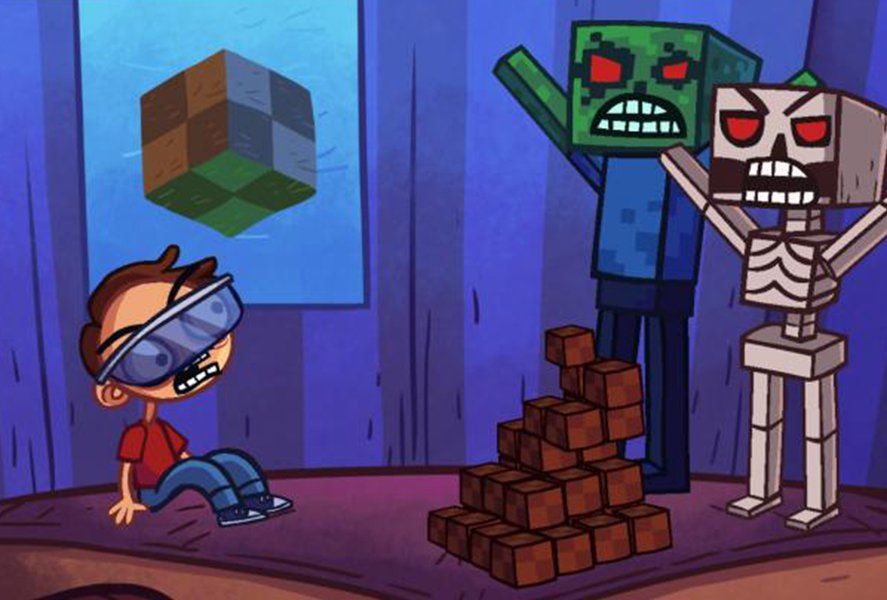 If there’s one meme that’s endured the test of time it’s the universally hated Troll Face. It tends to show up whenever anybody’s getting trolled and its origins extend back to the end of the Noughties when tons of webcomics used Troll Face in endless posts. Today it’s become the insignia of sites like 4chan, Reddit, and 9GAG. Its success has been pretty stunning, extending to all sorts of merchandise, videos, and games. And games are exactly what we’re blogging about today – in particular the Android saga Troll Face Quest, a series of themed puzzles where the art of trolling is law. 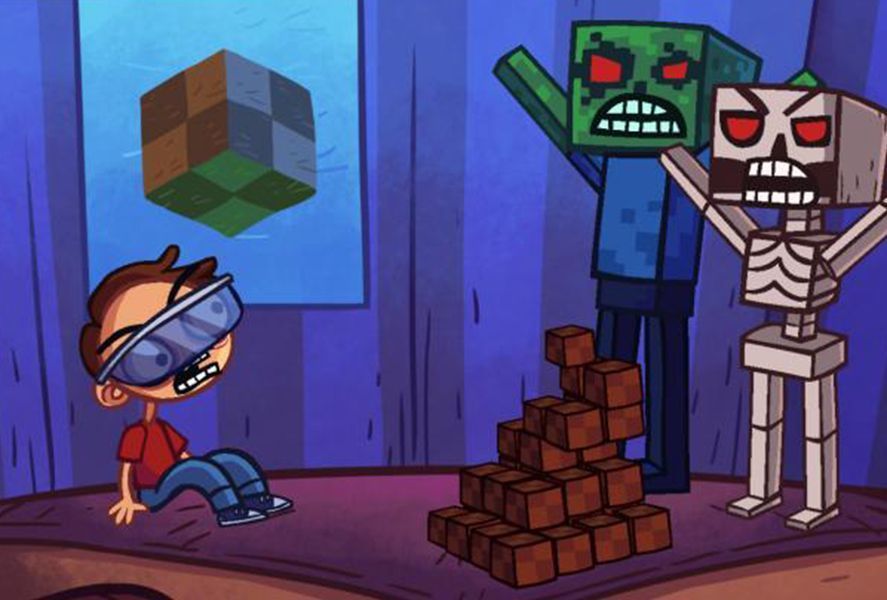 The games from the Troll Face Quest saga all have the same gameplay: each level is a vignette where you have to solve a riddle to move forward. The problem is that unlike other puzzle games, here the logic is conspicuous in its absence. You’ll end up finding that the only reliable method to use is trial and error till you find the right answer. The appeal here is that every mistake you make leads to a situation that’s supposed to be funny. Juvenile humor, obviously – what else? This Classic edition has puzzles set in the past, hence the sepia hue in all the levels. [Download] 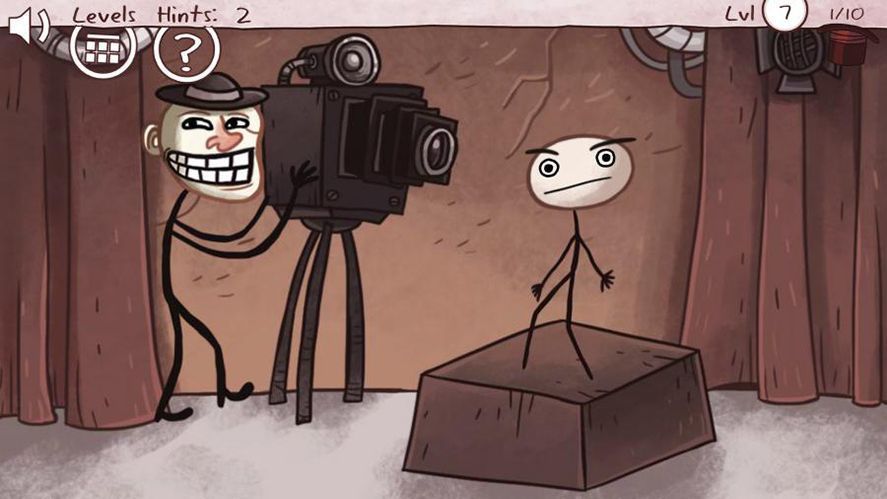 Trolling comes to the sports world with this Android game. The Troll Face Quest cartoons here involve tons of kooky situations that have to do with sports in one way or another. Fans of juvenile humor are in luck with this installment of the saga that makes room for football, athleticism, and (obviously) doping. Time to pah-tay, peeps. [Download] 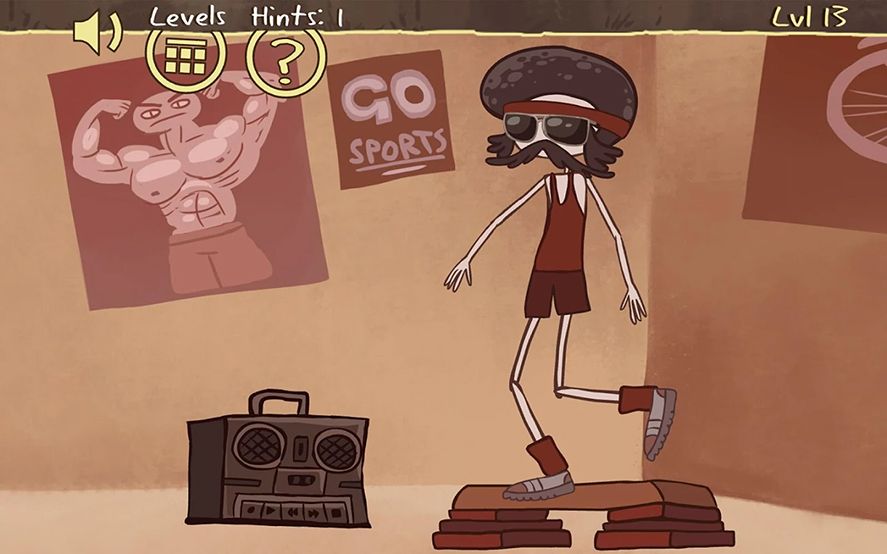 The world of TV is the target for Troll Face here. We’re looking at 35 levels based on shows like Game of Thrones, House, Prison Break, The Walking Dead, Spongebob Squarepants… The references can lead to some comical situations, but the puzzles are as zany as ever. Don’t forget you can use clues to solve the hardest riddles. [Download] 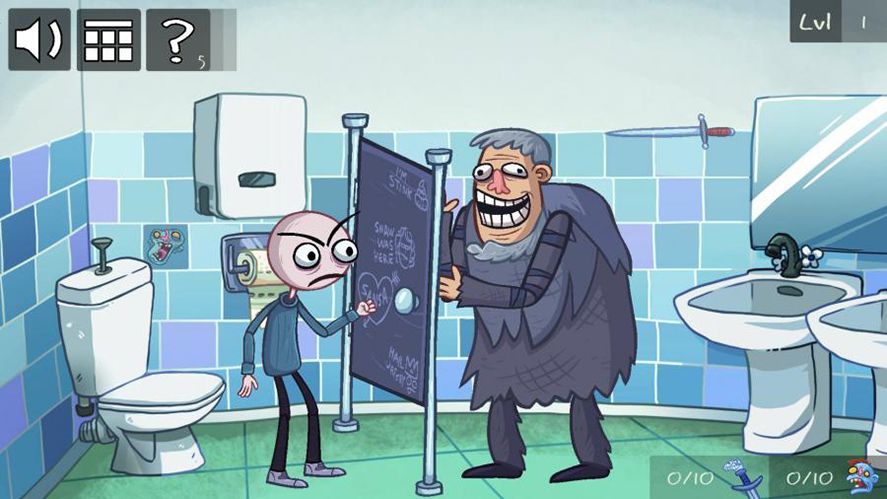 In this new part of the saga you’ve got to vault yourself into the subworld of YouTube, making this game based on YouTube memes a sort of meta-video game that involves an Internet meme trolling other memes. Total Inception. You’ve got more than 40 screens on this occasion and people who are really into YouTube are sure to find tons of references to delight them. [Download] 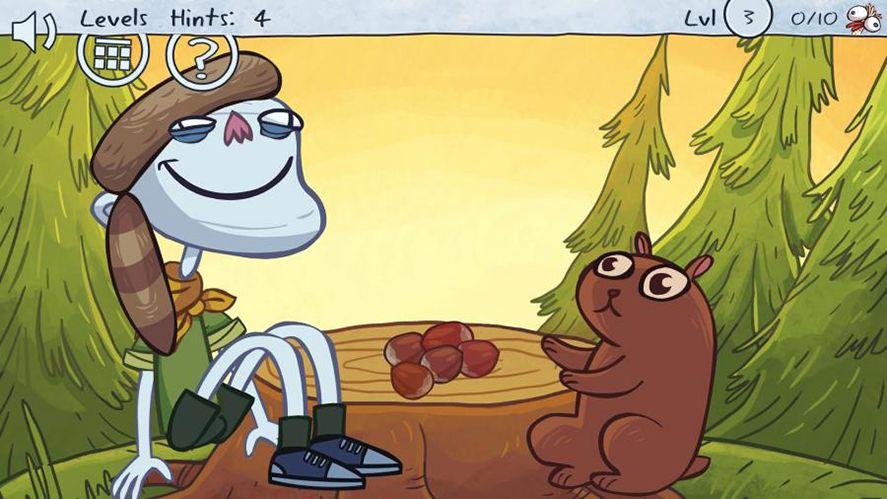 Video games are the latest trolling target of this game franchise. Titles like Angry Birds, Candy Crush Saga, Portal, Skyrim, and Fallout all have their snarky doppelgängers here, and gaming fans are sure to crack a smile after beating some of the stiffest levels in this game. [Download] 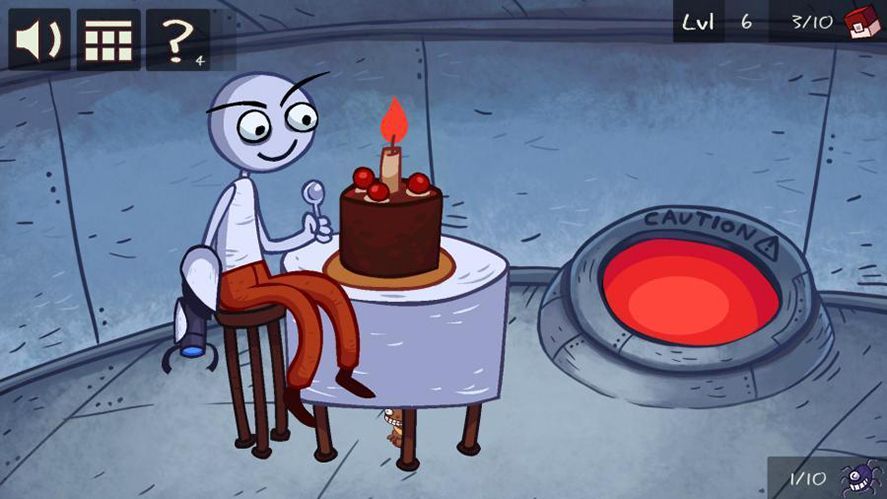