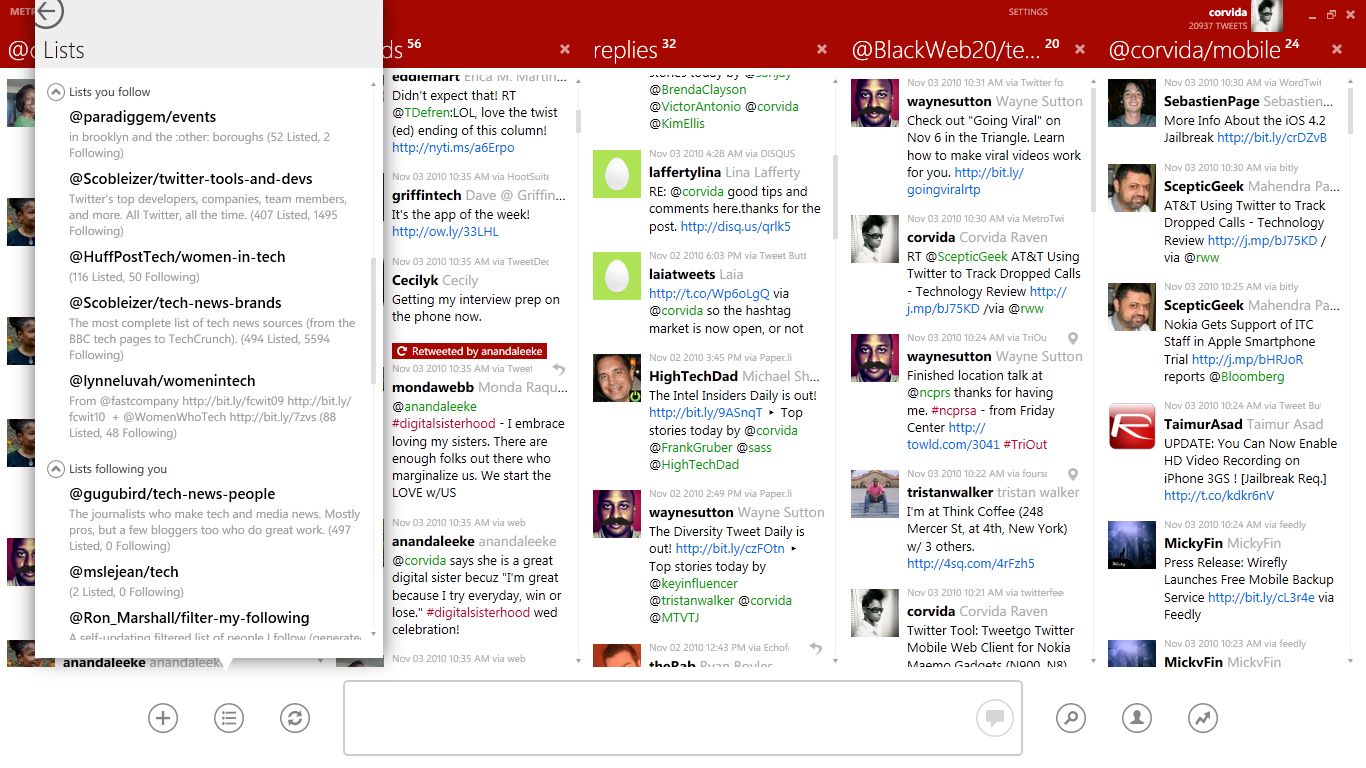 The official client for this social network has tended to receive user criticism for being outdone by third-party versions (although these versions have become drastically fewer since Twitter decided to limit the use of its API in other programs). You may know that there are countless alternatives on Android and iOS, but did you know there are also several options to integrate a desktop client beyond the well-known TweetDeck and HootSuite? Here are a few.

This complete Twitter client is notable for its simplicity. MetroTwit offers features that most users of the official client might miss, such as a multi-account manager to handle various different profiles and interact with them simultaneously in separate columns.

This tool also allows you to ‘silence’ both users and hashtags or apps that you don’t want to see, a very useful option for avoiding spoilers. In addition, it has an ‘undo’ function for already-posted tweets and infinite scroll to read all the micromessages that have accumulated on your profile. With MetroTwit, you can manage your accounts from your toolbar, a very useful option for habitual Twitter users, who will now see hashtags, mentions, and links all differentiated by color in a very clean and minimalist interface.

This client will display your timeline, direct messages, mentions, and Trending Topic search bar in the toolbar of the main app window so you keep an eye on Twitter constantly without having to go to its webpage. The nicely-designed Tweeki interface makes the app functional, fast, and simple. In fact, it reminds a lot of the official Twitter app for smartphones. One curious display feature is that it shows your mentions in a different color.

This app, unlike the prior two, not only is capable of administering several different Twitter accounts but also, from within the same program, can manage your Facebook and LinkedIn profiles just by associating your accounts and beginning to update them from the same interface, making it something like HootSuite. Sobees is a very interesting option for users active on several social networks, especially Community Managers and other social media professionals. Its interface can be customized with 16 different designs, and although it lacks a tweet-filter function, the way it works is simple and straightforward. Linux users also have clients available for their desktops. With Turpial you’ll be able to handle Twitter from a native app that divides its interface, like the aforementioned programs, into three columns to be able to see everything in a single glance: general, mentions, and messages.

This client also has an option to select  the integrated URL shortener you want to work with so you can make the links you want to share in your tweets smaller, and which service you want to upload images, in addition to different sounds for notifications and a user “silencer.”