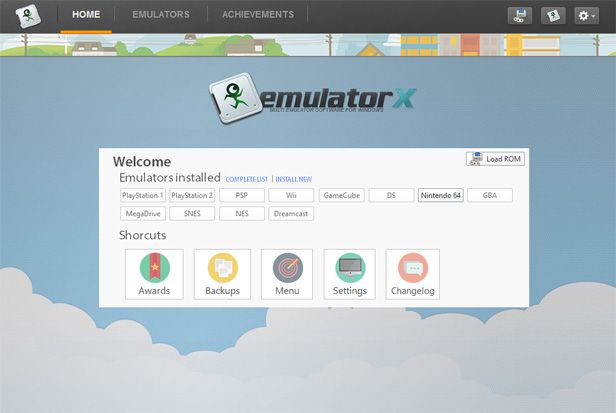 There is a problem among people who enjoy emulating classic consoles from their PCs: that is, it requires having several programs installed to emulate each of the different platforms you want to play on. Luckily, there are tools like Emulatorx, a frontend that serves both to launch all your emulators and also keep them updated.

Version 5 of the program has been completely revamped, with new functionalities added and its interface refined. The system currently supports 12 different machines – PlayStation, PS2, PSP, Wii, GameCube, Nintendo DS, Nintendo 64, Game Boy Advance, MegaDrive, Super Nintendo, NES, and Dreamcast – and for each of them uses the emulator that provides the best performance, such as Project64, ePSXe, or ZSnes, among others. Best of all is that you won’t have to bother with updating them, since Emulatorx takes charge of downloading new versions of each one individually. Another noteworthy feature is the achievement system that you’ll gradually unlock as you complete different actions with the program, whether by loading a particular number of games or promoting the program on your social networks. Although the software is completely free, there is a Pro version that adds the possibility of backing up your saved games, a small but intelligent excuse to make donations to the program’s creator. Without a doubt, a highly interesting utility for those who enjoy emulation.