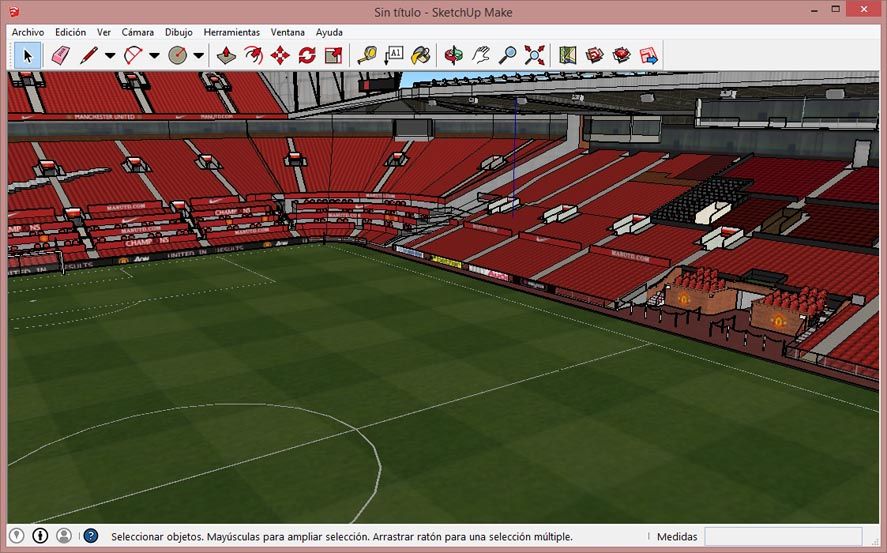 The learning curve for most design and 3D modeling programs tends to be quite steep for neophytes, who are likely to be particularly thankful this Thanksgiving season for programs like Trimble SketchUp (Google SketchUp until 2012), a 3D design tool that can be used for all sorts of projects, from architecture to graphic design and by everyone from students to users who simply want to get a 3D angle on a personal project. The new 2015 version has just come out with many improvements, both to the paid Pro version and to Make, its free edition.

When you sit down in front of SketchUp for the first time, you can pick from a series of starting templates depending on what you’re going to design. When you go into the workspace itself you’ll see that the upper toolbar is very intuitive, allowing you to create all sorts of basic figures that you can manipulate and texturize as desired. In addition, if figure modeling is not your strong point you can always import external 3D models, whether from 3DStudio, Google Earth, or Autocad, among other formats (the output is reciprocal for all format types). Likewise, you’ll also have access to WareHouse, a resource bazaar you can access at any time, with many open-license items. One of the interesting features about this tool (in fact, Google set it up for this when it was the owner) is geolocation of content, functioning as a 3D modeling software for the standards used by Google Earth. In fact, a large number of the free resources from the WareHouse are buildings.

Among the new features of version 2015, it’s worth highlighting its support for 64-bit processors, improvements in face detection, a new brush tool for bending arcs, and support for IFC design format, among others. To boot, when you download the free version you’ll automatically get a free 30-day subscription to the Pro version.