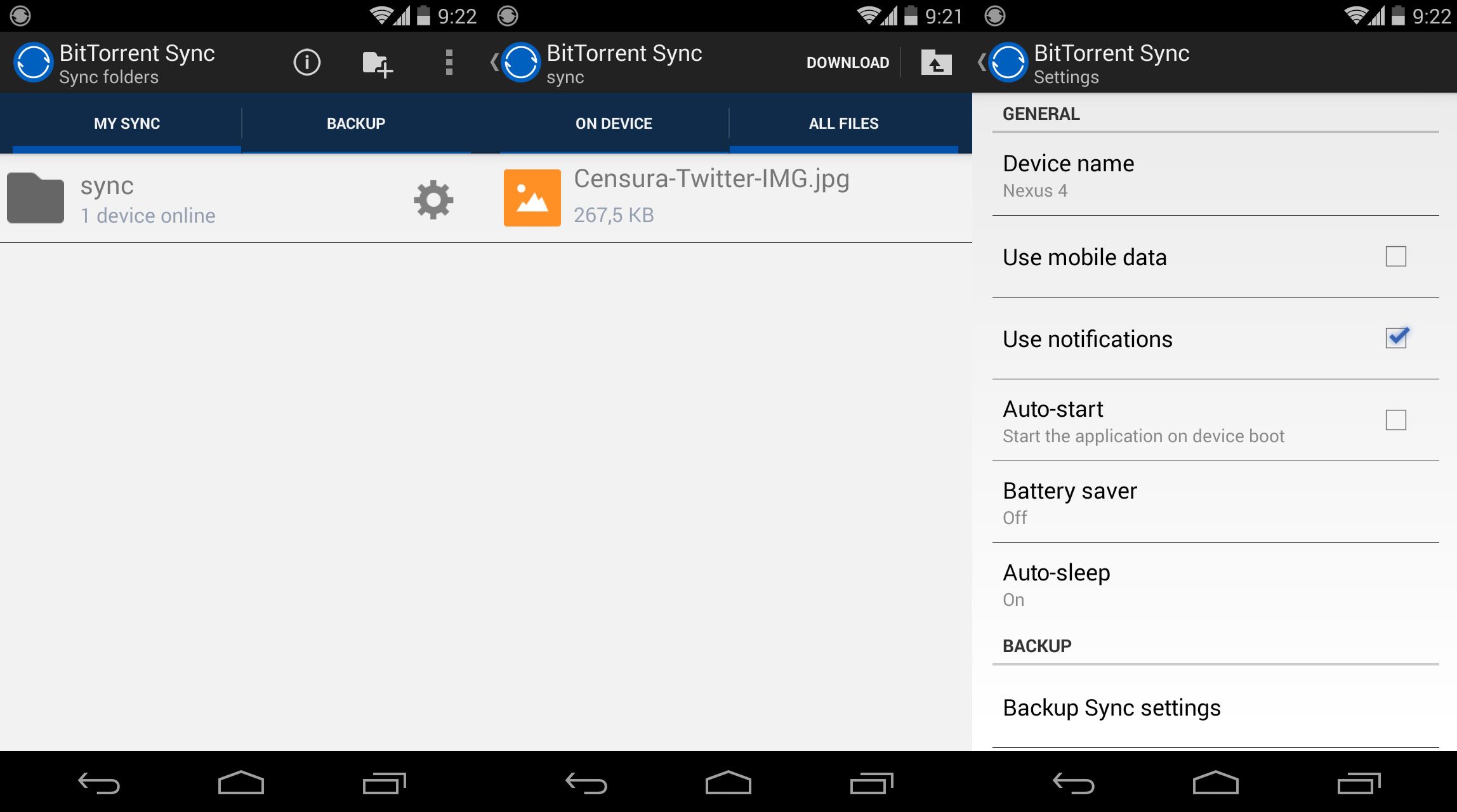 Although cloud file-synching is already extremely common, after the NSA controversy and other privacy problems that have come to light in recent times, many users don’t have much confidence in these types of services. It’s for people like this that there’s BitTorrent Sync, a new service from the well-known P2P file-sharing service that makes use of its technology to offer a tool to securely transfer files between your desktop computers and mobile devices.

How does BitTorrent Sync work?

The premise of this service is precisely to protect user security by allowing you not to depend on remote storage in order to host and sync files between devices: “Your data should belong to you” said one of the slogans that BitTorrent Sync used during its launch campaign. BitTorrent Sync lets you choose between particular folders on your PC or smartphone (Android, iOS, or Windows Phone) and sync them with any devices you want. The transfer speed is practically the same as that of your bandwidth, and since it doesn’t require any intermediaries the transfer is direct and there is no risk of theft or loss of your data. The connection system between computers is very simple. Once you’ve installed the Windows client, you can select the particular folder on your computer whose contents you want to sync with the other machines. A code will be associated with each folder and you’ll have to type it in for the clients on each machine you want to sync. For Android app users, you’ll also be able to complete this verification process using a QR code.

The excellent transfer speed and the fact that your content won’t be stored on any external service, together with the absence of file size restrictions or space limitations for the sync, make this an excellent program. Version 1.3 for smartphones has recently been launched with a completely revamped, more intuitive interface alongside an internal optimization to minimize battery consumption. The update also saw the introduction of new features such as the option to share docs via e-mail or QR code.