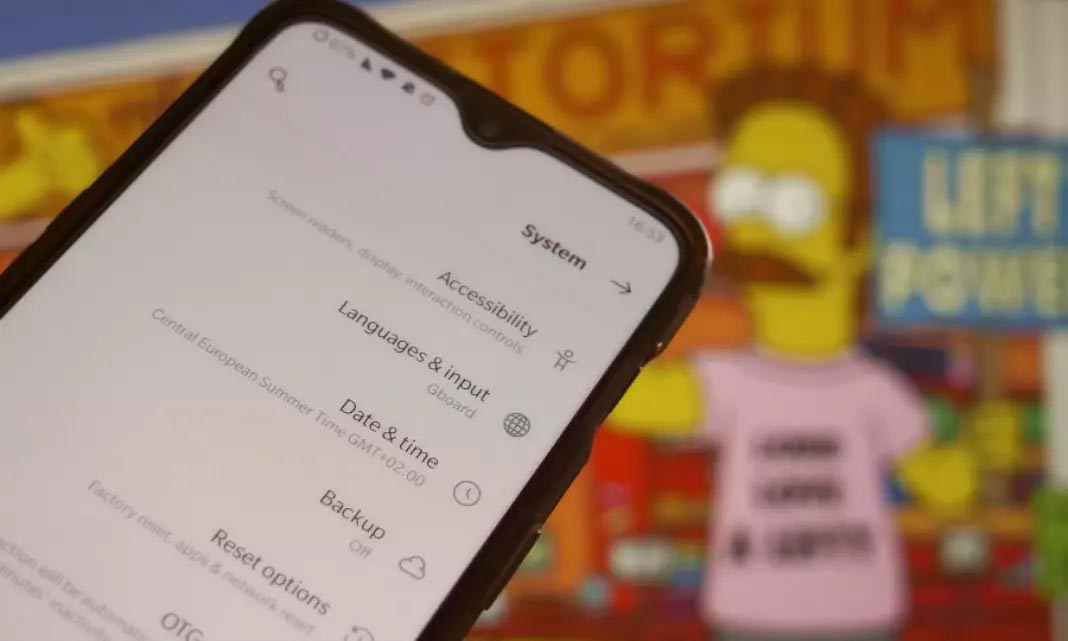 It’s believed that between 10 to 15% of the world’s population is left-handed. The fact that this percentage of the population mostly uses its left hand for their daily activities could be a problem when it comes to using objects that are not adapted correctly. The distribution of the elements in the interface of any smartphone is without a doubt one of the barriers. Therefore, all those lefties out there can activate the left-handed mode in Android to make their lives easier. 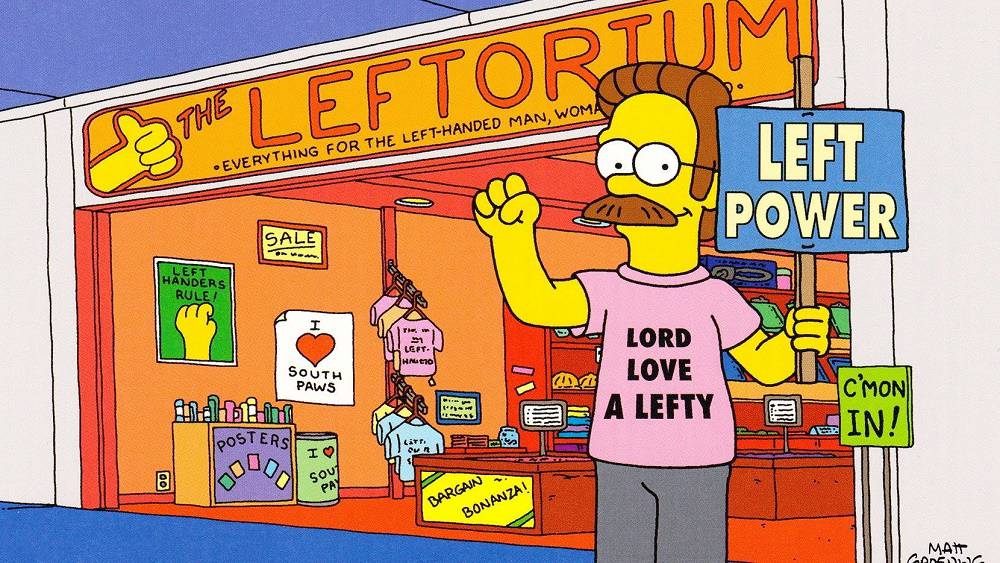 How to activate the left-handed mode for Android

The first step to activate the left-handed mode of any Android is pretty simple. However, you have to make sure that your device is equipped with the Android 4.4 (KitKat) operating system or higher. Also, it’s important to mention that this option is not visible on your device by default. Don’t worry though, all you have to do is activate the Developer Mode in order to use this much-wanted change to the interface. 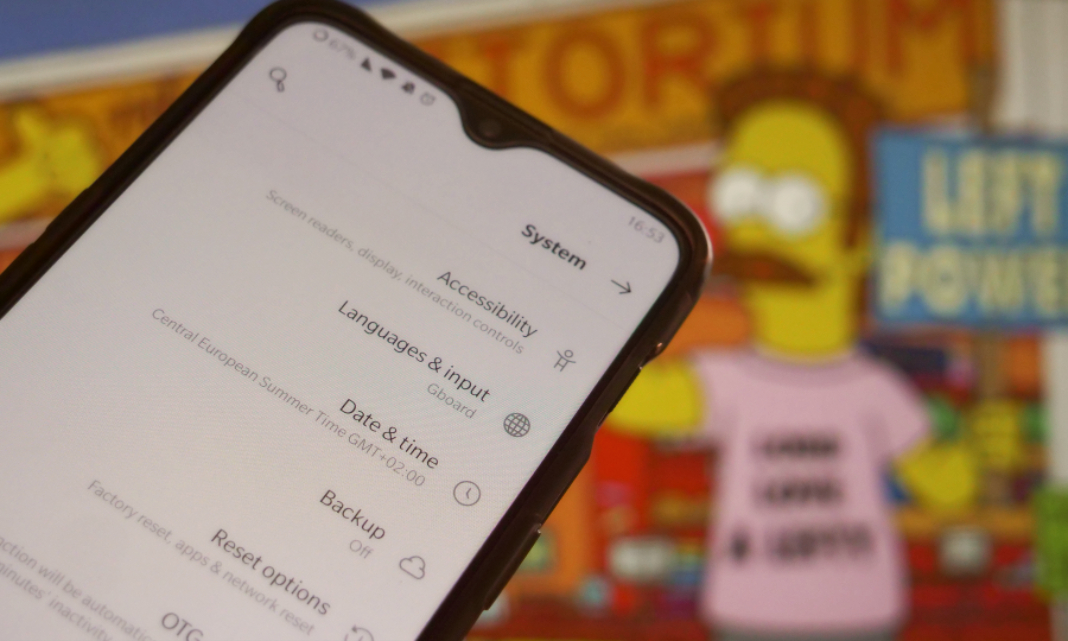 Steps to activate the developer mode in Android

A lot of Android users don’t know that this operating system includes a lot more options than what is shown by default. The Developer Mode, as its name indicates, was designed for app developers to experiment with more advanced parameters. However, there’s nothing stopping you from using these tools as a regular user. In order to access it, just follow these simple steps: 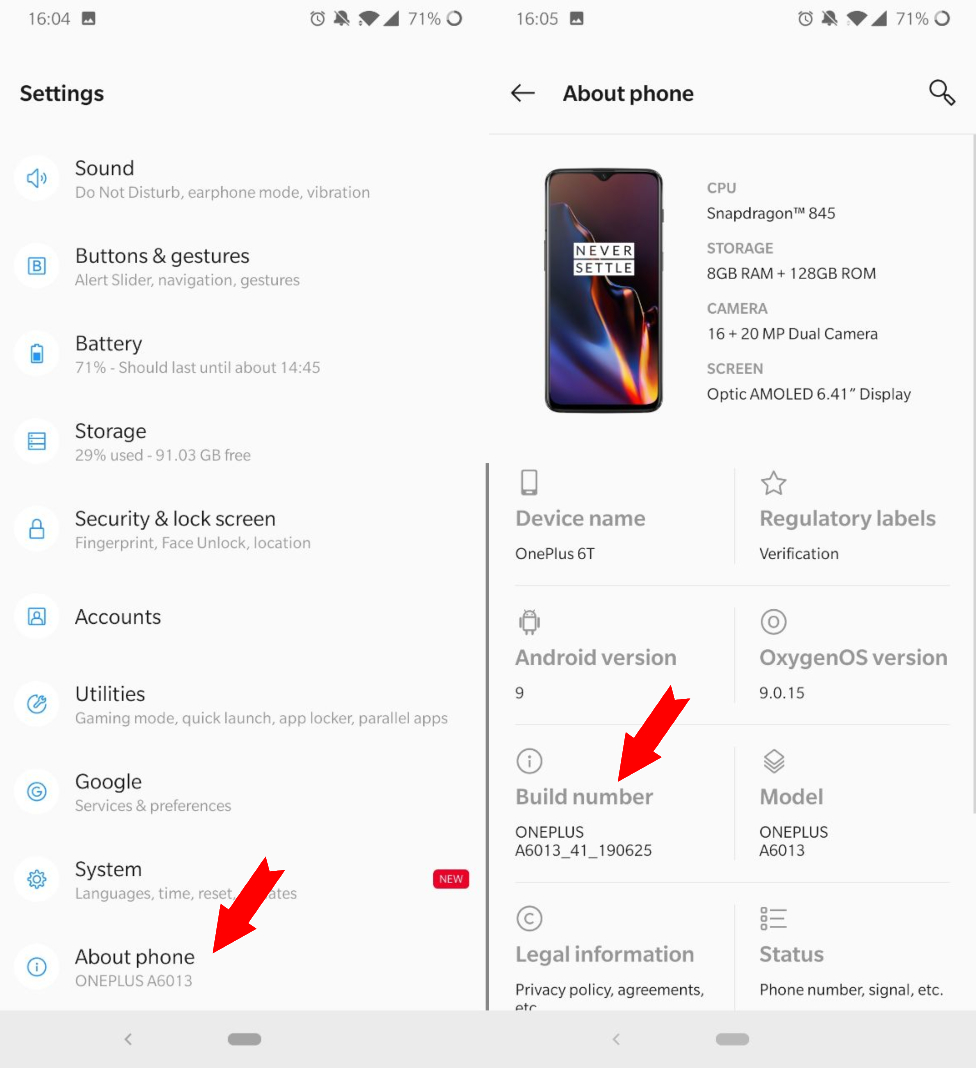 Once that’s done, you’ll see the Options for Developers inside the Systems tab, which can also be found in Adjustments.

You’re all set to use your left hand

In order to continue the process, you’ll access the recently unlocked Options for Developers. That’s right, you can feel like an Android developer. Once inside, all you have to do is look for the Drawing options and activate the Force RT layout direction. When you’ve done that, you’ll automatically see how the distribution of the interface inverts itself. The interaction buttons will move to the right, which will make it easy for you to tap on them with your left thumb. 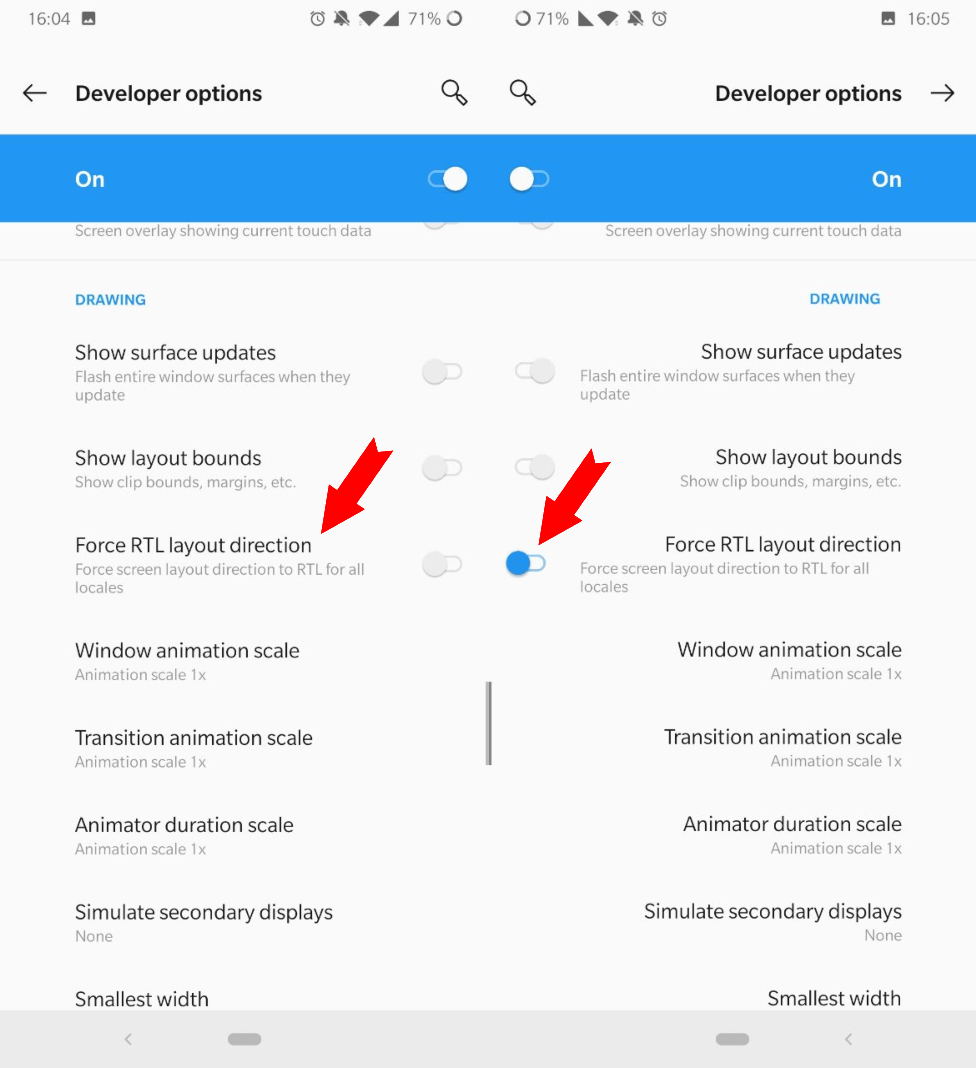 A bunch of other apps installed on your smartphone will also be adapted. For instance, we noticed that WhatsApp, Twitter, Chrome, Gmail and Instagram inverted their elements and menus. However, we also noticed that some icons on the upper toolbar inverted without too much logic. But, surely this will be corrected in future developments of the mode. 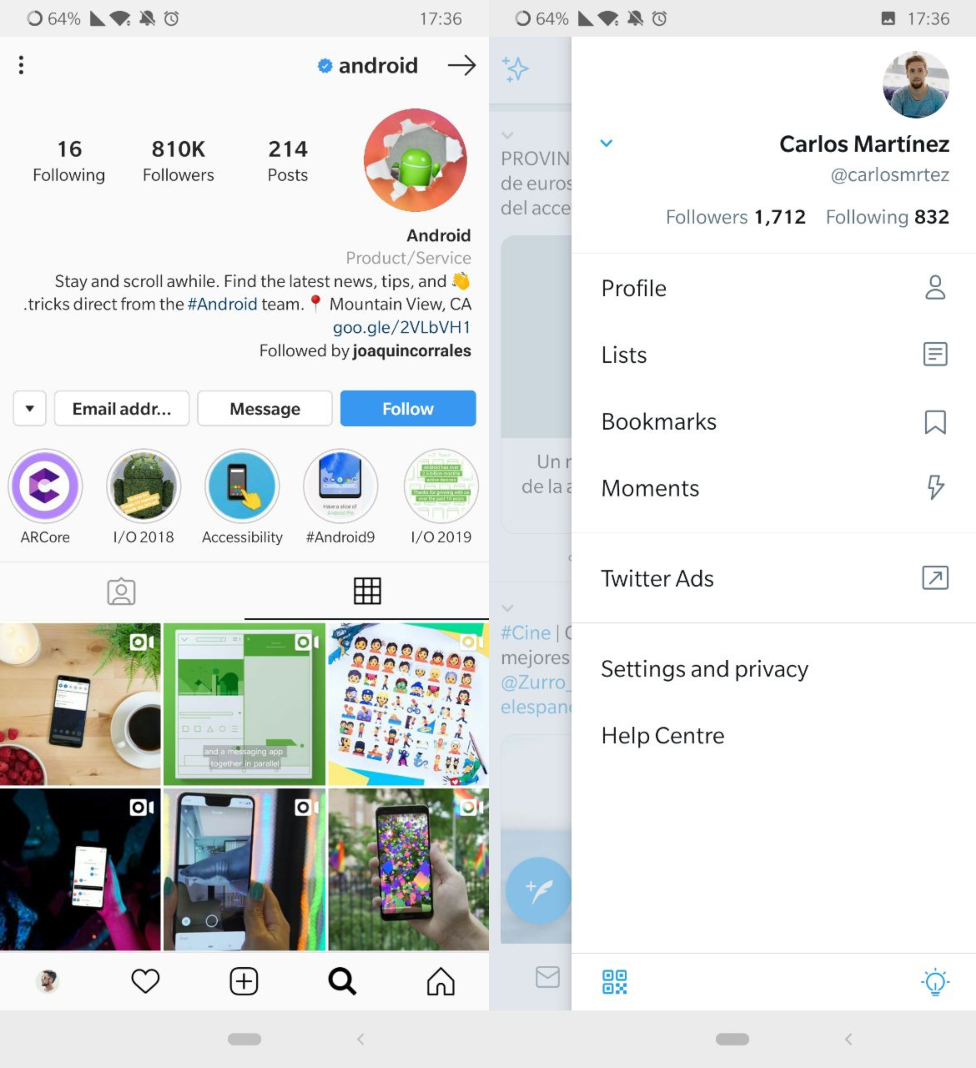 Although the left-hand mode for Android still needs some improvements to be called outstanding, it’s still pretty comfortable for those who mainly use their left-hand. In addition, the fact that you can activate this option using the operating system itself makes it so you don’t have to use other tools. However, further adjustments need to be made by the most popular apps so you can experience a more wholesome integration. 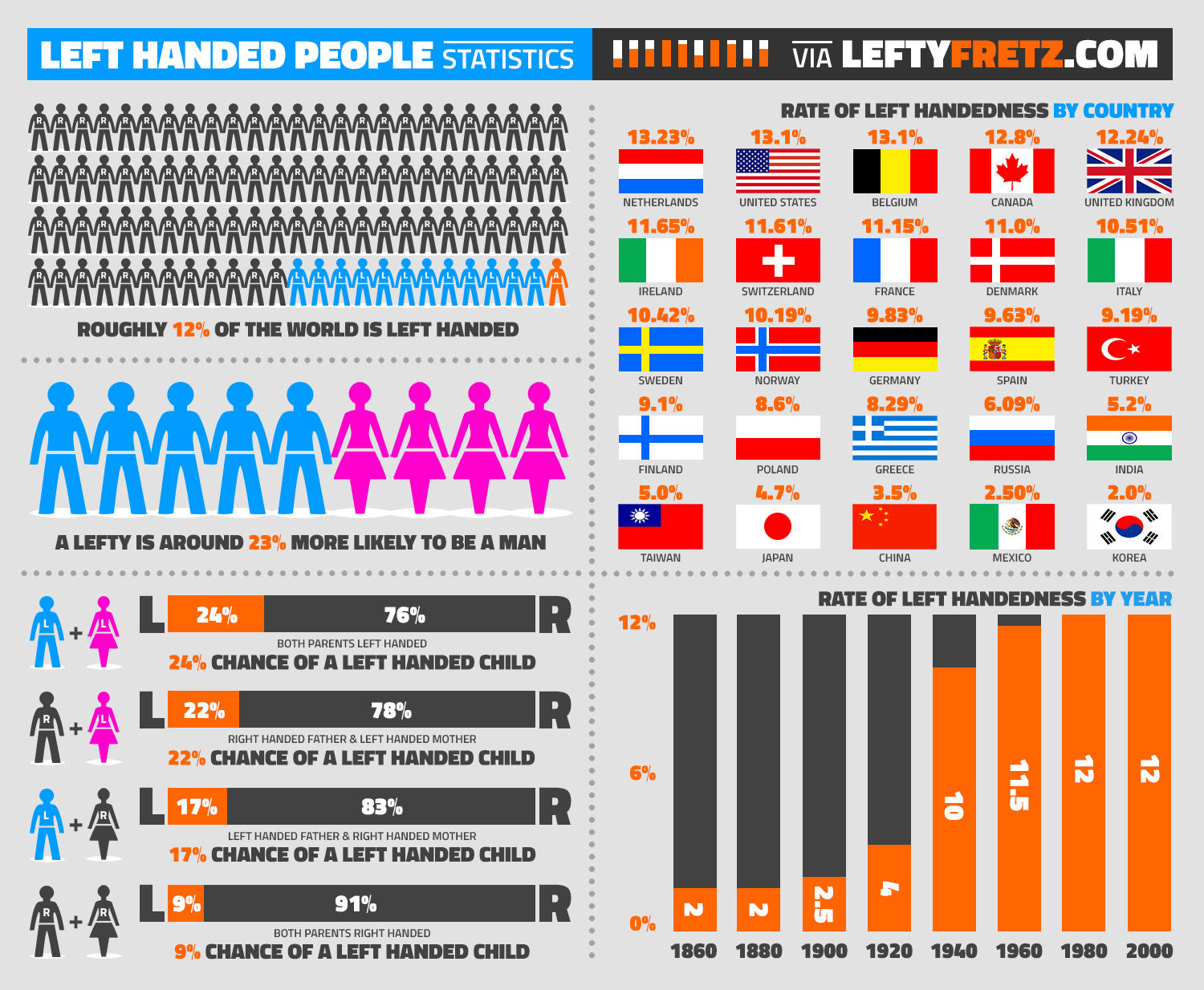