If there’s one genre that’s managed to bring eSports games to the level they’re at today, without question it’s MOBAs (sorry, Battle Royales, we still love you). With League of Legends and DOTA 2 at the forefront, this sub-genre has endured since our PC gaming days and shows no signs of running out of steam. Developers have even tried to take it to other platforms, with variable success. In the case of Android, few games have managed to create even a remotely decent experience for touchscreen devices. There are a few good ones, though. This is our selection of the most successful MOBAs available on Android.

This game is one of the most recent ones to arrive and also one of the most successful, being the most played MOBA on mobile devices, as well as the most profitable with $200 million in worldwide revenue. It’s a clone of League of Legends, both visually and functionally speaking. It offers a cast of 24 characters, 10 of which can be used for free in 5v5 combats. The matchmaking is lightning fast, and in just a few seconds you can be playing a game that lasts only 10 minutes. It’s a fun title and the community continues growing. It’s one of the best options out there. [Download] Named Honor of Kings (or Strike of Kings) in Asia, Arena of Valor made the leap to the west in mid 2017, becoming one of the best existing MOBAs for Android. With the giant Tencent holding the reigns, it’s normal that the game has surpassed $3 billion in income since is release in 2015. It’s a monstrosity with over 40 characters available, modes like single-player and teams of 3v3 or 5v5, and enormous production values. [Download] 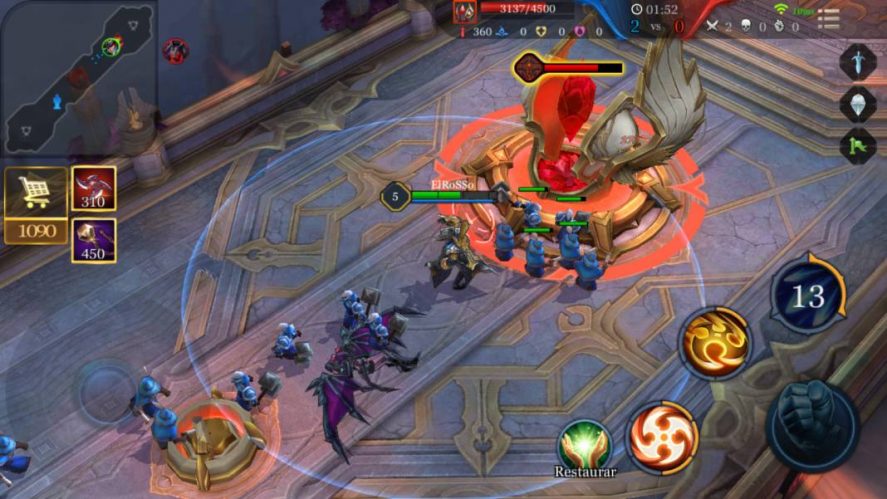 Until the arrival of Mobile Legends, Vainglory was at the top and very present in the competitive sphere as shown by its activity in the world of eSports. The game from Super Evil Megacorp is much more conscious of its independence and tries to assert itself without being a simple copy. Thus, its controls seem simpler than the rest and the F2P business model is more balanced since it’s based merely on aesthetic improvements. In the beginning of the year, the new 5v5 mode was added along with new maps, and they even came out with a new PC version. [Download] Change is good. That’s why Survival Heroes dares to mix the controls and gameplay typical of MOBAs with the massive and destructive component of Battle Arenas. In the beginning, you start out above an enormous map, with the possibility to descend to any area on the map. The objective, as you can imagine, is to be the last survivor out of the 100 players in the game. Along the way, we lose the classic ‘minions’ of the genre, but the general concept is taken to a new dimension. [Download] 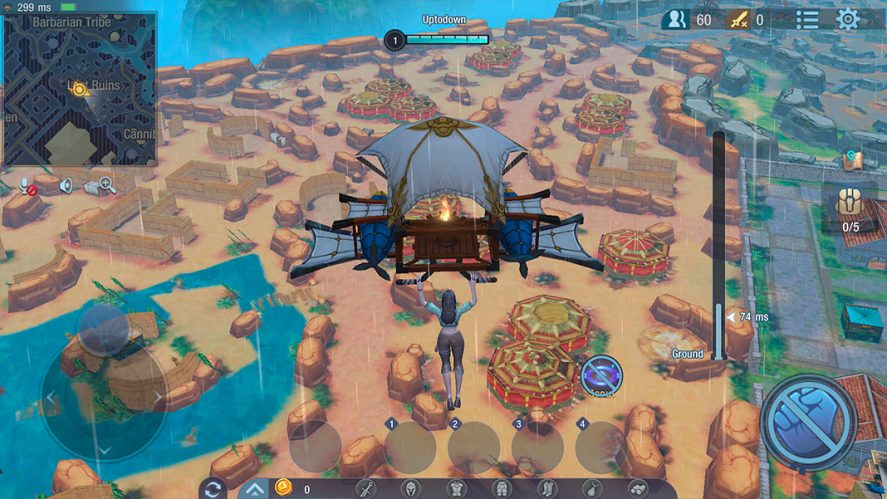 In this case, we can’t think of a single feature that stands out about Heroes Arena, because it does everything well. You have the modes 1v1, 3v3, and 5v5, 20 characters to select, optimal controls, and good performance on less powerful devices.  That said, the “inspiration” it takes from League of Legends is so obvious that the most played map is a clear copy of Summoner’s Rift. [Download] 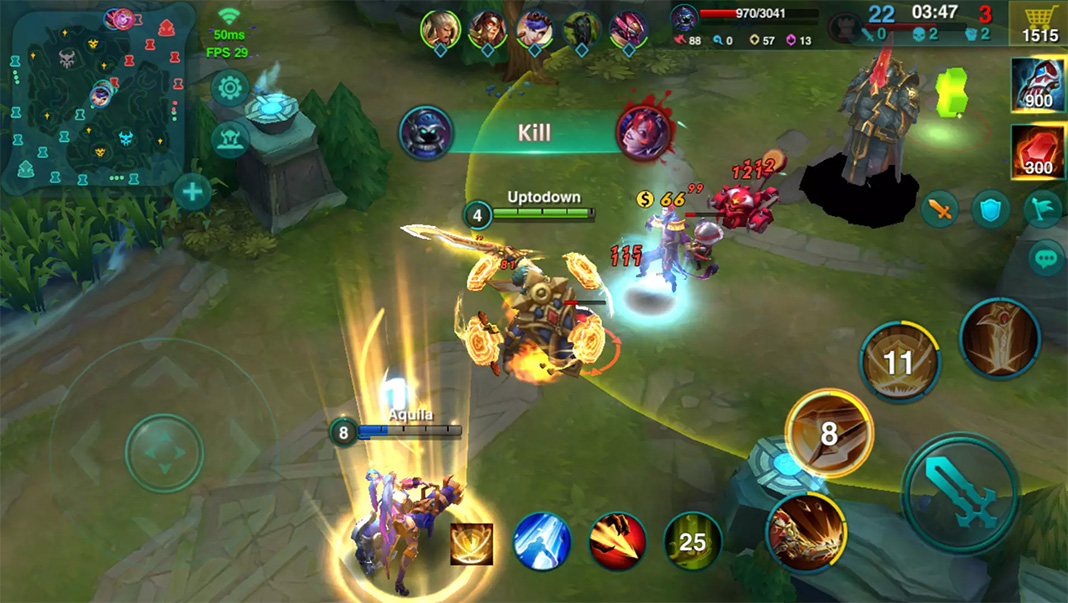 NetEase was greatly successful with Onmyoji, an interesting JRPG inspired by a parody of Japanese mythology from the Heian period that’s given way to this spin-off. Onmyoji Arena has you compete in online games with your shikigamis. It’s a beautiful game for fans of anime style that also boasts original voices in Japanese by renowned seiyuus. [Download] 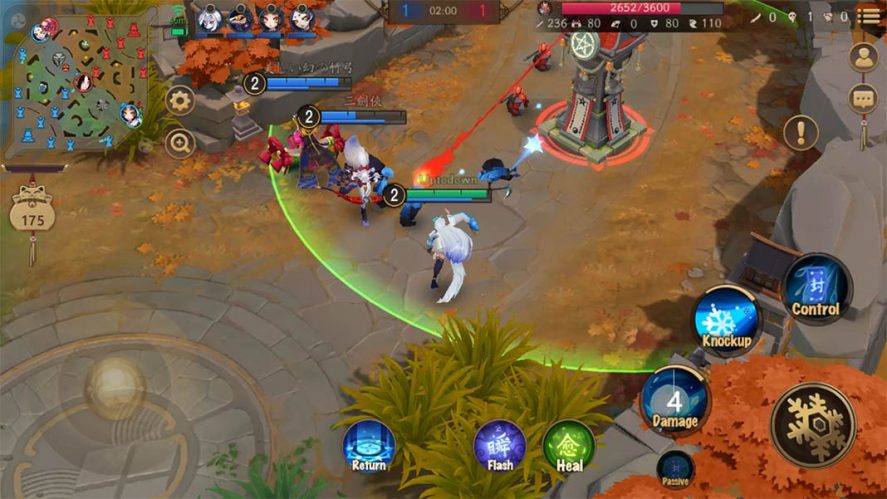 It’s not all about epic fantasy and handguns. The main allure of Awakening of Heroes is that it steps outside the norm with its setting, and offers a wide range of characters like an endearing old lady that shoots homemade cakes, an overweight ninja who uses doughnuts as shurikens, and a charming police officer who carries a hairdryer on his belt. Five-on-five combats lasting 10 minutes in settings with three lines of defense. Deep down, it’s all the same. [Download] 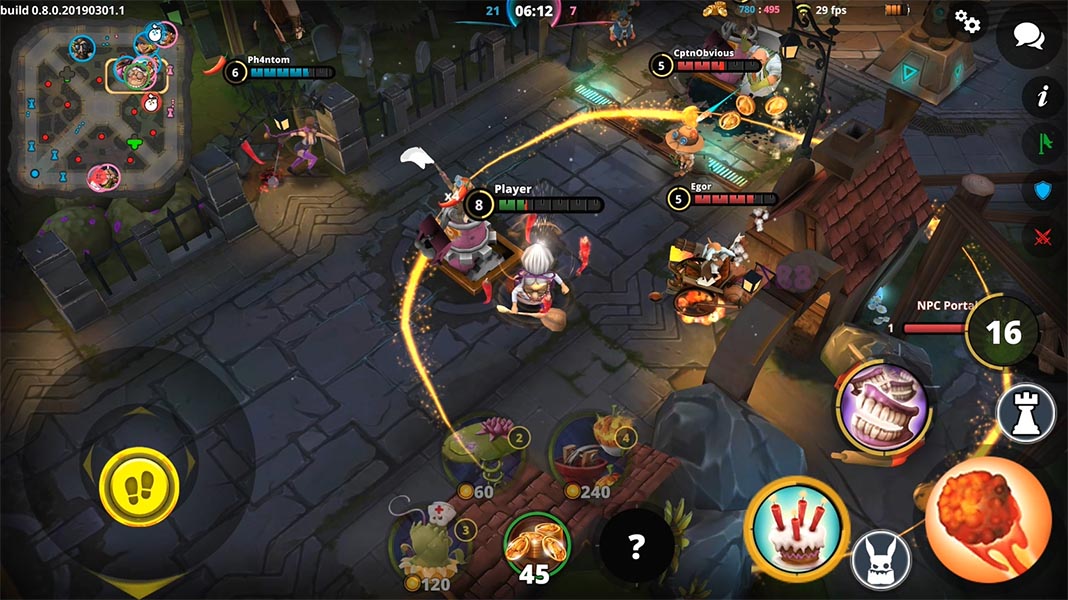 If you like anime style, then this is your MOBA. The characters in Light X Shadow span the entire spectrum of Japanese aesthetics, letting you use heroes in more game modes than the typical ones. In fact, there’s a mode that puts four teams of three players each up against each other in an effort to conquer the center area. And following with the oriental theme, you’ll participate in a sort of pachinko in order to unlock new characters. [Download] 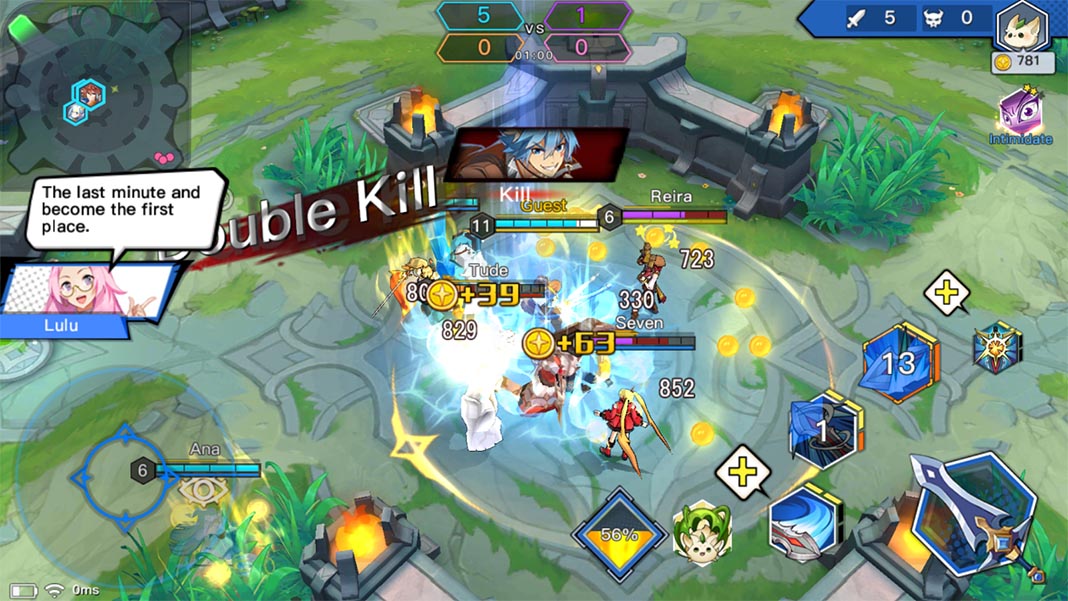 Speaking of anime, although this time taking the idea to the extreme, giving you preteens with flame throwers and lanky heroes slinging huge swords. It’s no surprise if you haven’t heard of it before, since it hasn’t officially been released world wide yet. Although since 2017, it’s been huge in multiple countries like Thailand and Indonesia. If you’re looking for a caricature-ish version of Asian manganime, then you’re in luck. [Download] 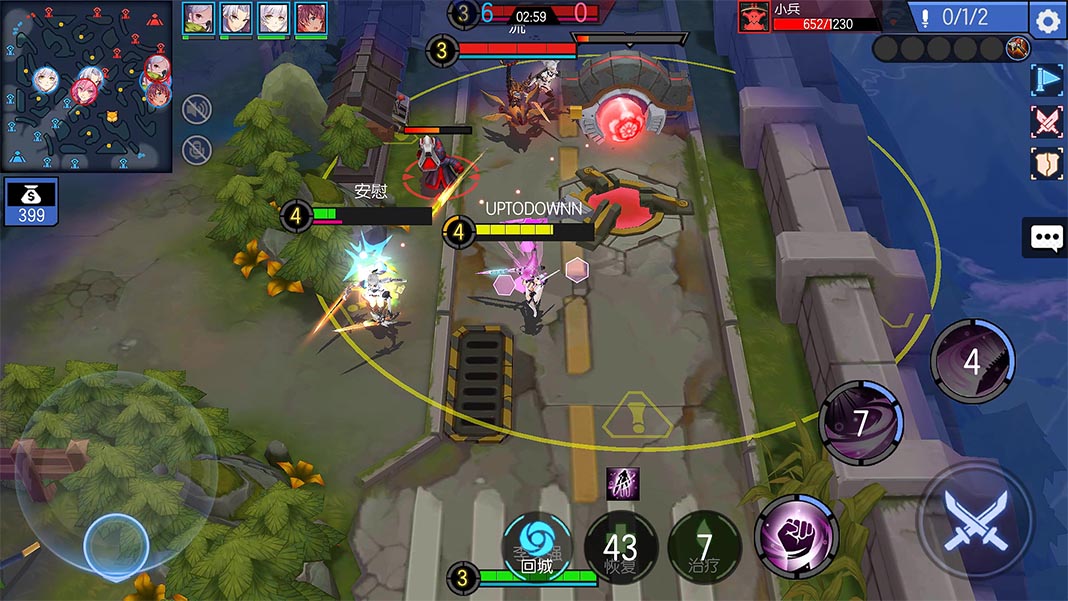 A classic MOBA in every respect. You have 30 different characters to choose from that range from a member of the mob to a skateboarding Monkey King, five arenas, 10-minute long combats, and a gameplay that’s as familiar as the rest. Both on a visual level and in the settings, Heroes of the Storm has become a sort of mirror for many games, as we can see in Iron League. [Download] 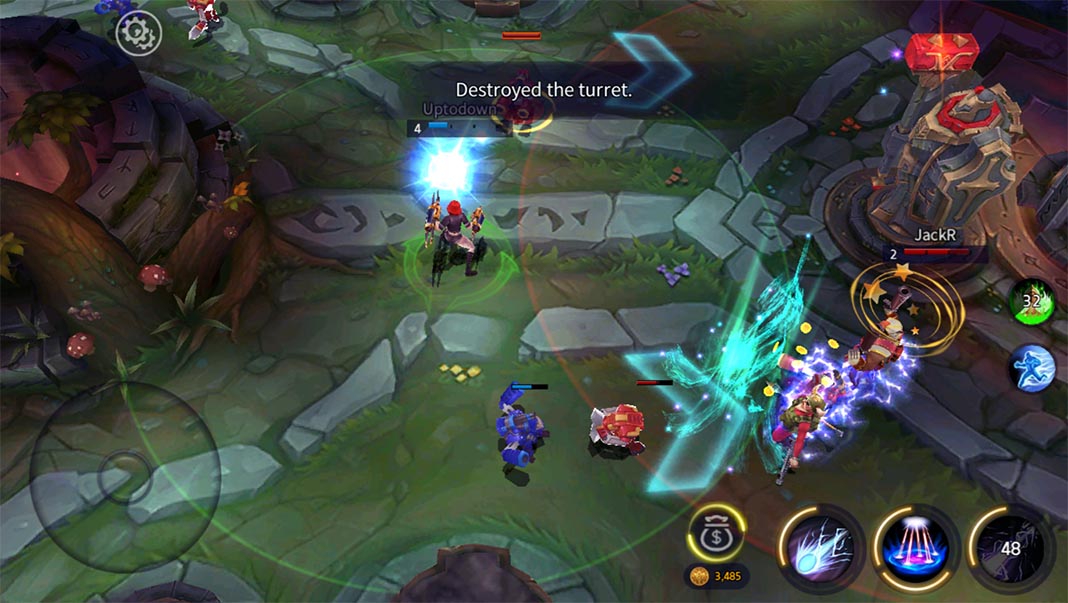