A flood of news is coming out of Asia about the hit MOBA Honor of Kings, a game for iOS and Android that’s killing it in China with more than $150 million in revenues during the month of June alone and the number one title in terms of both downloads and revenue. Besides its entertainment value, we’re also hearing bizarre reports such as the fact that its developers disconnect players under age 18 every now and then to make them rest or block the entry of any new young people from a certain time onward. With all these chops to their name, the looming date of August 10 promises to be a proper event as it’s the day slated for the game’s global release. 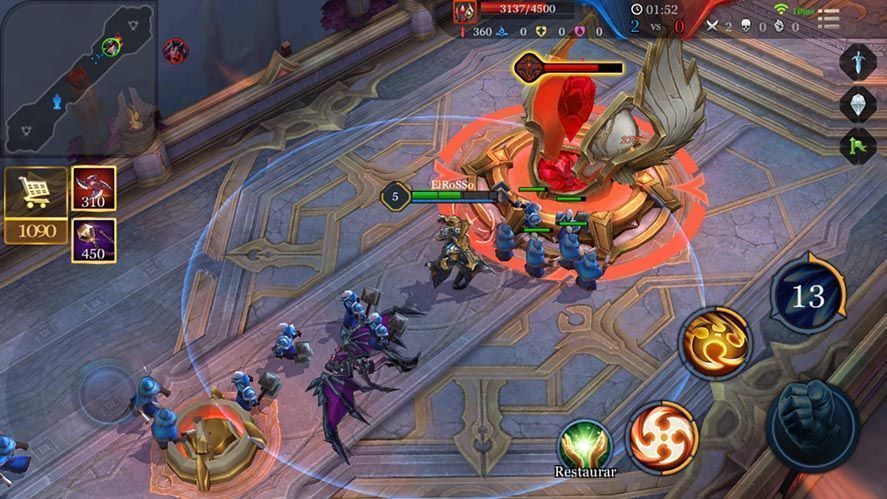 When it makes the jump from Asia the game will get a change of name, going from being called Honor of Kings to Arena of Valor, although along the way it’s also been called Strike of Kings (what a mess!). During its first days the game will be soft launched in Europe, though there’s already a version of the game that can be installed (in Spanish) but it includes extra OBB files, meaning you’ve got to get it through Google Play (where it has yet to be released) so the APK file alone isn’t actually much use.

With regard to the game itself, and beyond how alluring its graphics and roster of more than 25 playable characters offered in cycles (including wild additions like ones from the Batman licenses), the touchscreen controls are like silk, bringing it up to the calibre of Android MOBA titans like Mobile Legends and Vainglory. Now to see if it can replicate its success outside of China.