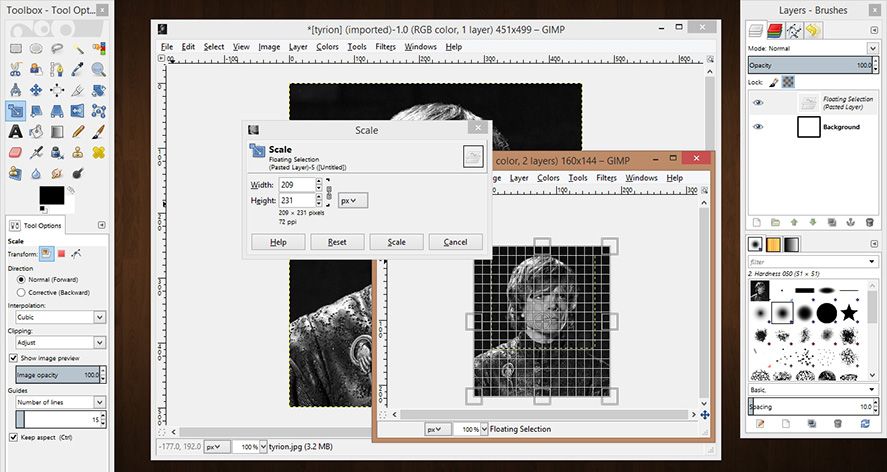 Although many people write off the free image editor Gimp as annoying and restrictive in certain regards, what’s certain is that it has nothing to envy  to commercial alternatives when it comes to importing and applying effects to images. In this case, we’re going to do a Gimp tutorial to simulate the look of an old-school Game Boy on a photo by rescaling it, giving it a pixellated look, and limiting the color palette.

We’re going to test this process using a photo of the actor Peter Dinklage as Tyrion Lannister, the character from the Game of Thrones series. You can use whatever image you want, but to achieve the best possible results it’s a good idea for the background of the image you wish to transform to be as uniform as possible, with a single color predominating. In this case we don’t have to make any changes since the outline of the silhouette is well-defined, but in certain cases you might need to adjust the brightness or contrast to highlight different tones. 20 years of Gimp, the ugly duckling of image editors