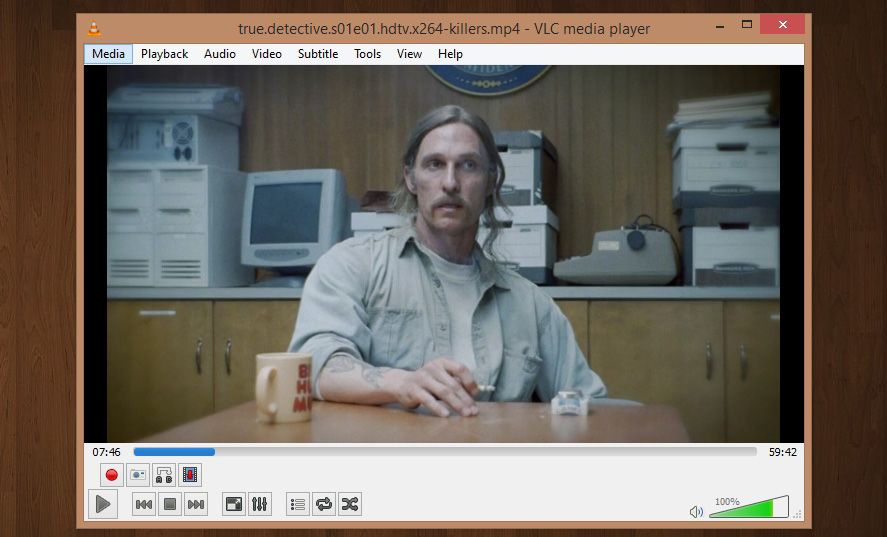 VLC Media Player is one of the most-used media players now available, not just for its stability and versatility when it comes to playing all sorts of multimedia files, but also for the number of extra features it includes. These are some of the many features that lots of people don’t know about for the player from VideoLan, such as the option to change the format of your videos, do live captures of what’s happening on the screen, download YouTube videos, or even record disks in physical format.

If you go to Media> Convert / Save…, you’ll access a menu from which you can change the format of any video, or even integrate external subtitles, link several clips, or change the video or audio codec, the type of container file, the resolution and the bitrate. It’s possible to capture “on the fly” the video or audio file that’s being played at a particular moment. To do so, you’ll have to display a panel with the corresponding options from View > Advanced controls. Clicking on the icon with the record symbol will start the capture, and clicking again will stop it. The output file will be automatically stored in the Videos in My Documents. In the Tools > Effects and Filters section you’ll find countless modifiers to make changes to the color, video, format or various viewing options in the video. In particular, from Video effects > Overlay you can add any type of watermark or superimposed image that you can later export to integrate into the video. Both during playback or with the video paused, it’s possible to do a screen capture of the frame in question by selecting the VLC window and holding down Shift + S (CMD + Alt + S on Mac). The screenshot will automatically be saved on the desktop. It’s possible to control the multimedia player via a browser installed on a remote machine. To do so, you have to enable it in Tools > Preferences > Interface (ticking the ‘Show settings’ option in ‘All’) > Main interfaces and ticking the ‘Web’ box. Then, also within the ‘Interface’ section and inside Main interfaces > Lua, select a password in the Lua HTTP > Password section.

After that, and from a computer connected to the same network, the only thing left to do is type into a browser tab the IP of the computer where VLC is found, followed by the port 8080, that is x.x.x.x.:8080, where you can access a series of options as if it were a web multimedia player.

If the subtitles have the same name and are found in the same file as the original video, VLC will detect and automatically play them, but you can also make many more changes in the viewing system. Besides being able to manually load them from Subtitle > Add Subtitle File, it’s possible to sync them if they are delayed or running ahead of the audio, as well as modify the default time each line of text will stay on the screen before disappearing. From Media > Open Network Stream you can download via URL any video being streamed to play on VLC, and can combine some of the aforementioned features such as recording the video locally in whatever format you want. Record what happens on your desktop

Besides the ability to capture audio being played or video being streamed, it’s also possible to select an external capture source to do the same thing, whether via webcam or your computer’s own video output. In Media > Capture device > Capture Device it’s possible to select the desktop as the source to capture everything happening on the screen in real time, and can also select the output format and video and audio codecs. As if that weren’t enough, you can also directly record multimedia content on physical disks. If you go to Media > Convert / Save > Disc it’s possible to record videos on DVD, Blu-ray and Video CD, as well as audio tracks on CD, selecting, as in other cases, the output format. You can even generate individual chapters if you’ve made multiple selections. Five things you didn’t know VLC Media Player can do