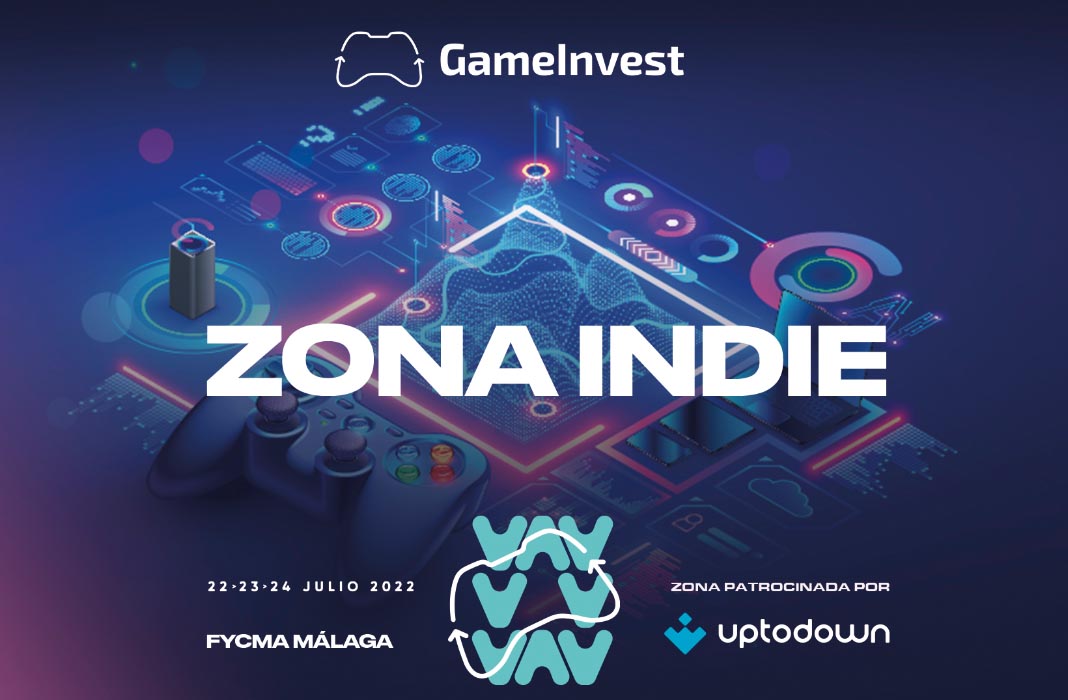 Uptodown App Store will be an official sponsor of Gamepolis 2022, the largest fair in Southern Europe dedicated to the video game industry. This year we will be an active part of its Indie Zone, the fair’s space reserved for the latest independent video games either in development or recently released by their creators, who will be eligible to win €3,000 in cash prizes. Furthermore, we went a step further and will also be sponsoring GameInvest, a dedicated space for professionals in the industry whose first edition will be held as part of Gamepolis.

Gamepolis’ VIII edition aims to break all records this year, after the more than 60,000 visitors it received in its last edition back in 2019. It’ll be held at FYCMA (the Trade Fair and Congress Center of Malaga) on July 22, 23 and 24, and it will offer all kinds of activities related to the video game world: tournaments, official competitions, concerts, conferences featuring renowned guests, exhibitions and contests. 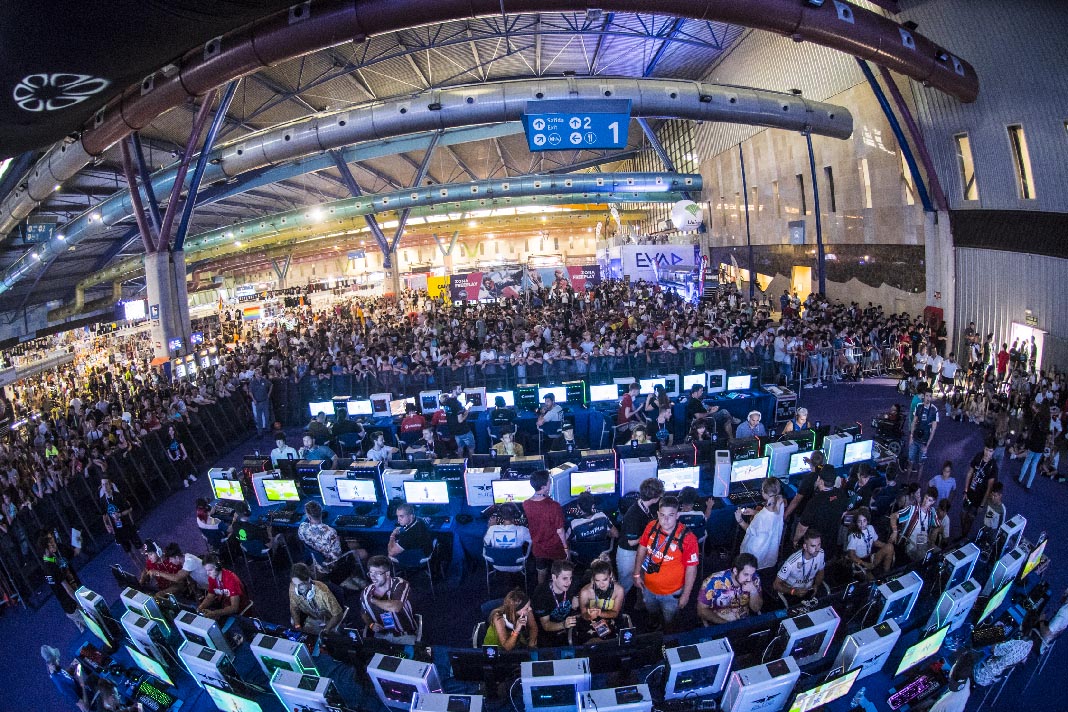 This year Gamepolis will also host a parallel initiative: GameInvest, an event for professionals where developers, designers, publishers and investors will have the opportunity to connect, generate business opportunities and promote the video game creation by attracting talent and finding funding sources to publish and promote them.

Together with Epic Games, Uptodown will sponsor this event, as well as collaborate with several industry-related companies and entities. The goal? To promote business network generation and thus encourage video game development at a national level. The following excerpt was taken from its official introduction:

Gameinvest will be open to game designers, programmers, business and marketing professionals, producers and team or studio managers, as well as visual artists, sound designers, engineers, and composers. VR creators, service providers, sponsors and recruiters will also have a space at the event, where they will be able to network, conclude projects and attract talent.

The agenda and the event itself will be divided into two spaces with their own identity: the Exhibition and Demonstration Zone, and the Independent Video Games Zone —the traditional Gamepolis’ Indie Zone. They will host the pitch sessions and presentations, the conference program, the meeting agenda, and the networking sessions. The event will end with a gala where prizes will be awarded to the best independent initiatives in different categories, such as design, sound, programming and audience recognition, to name a few. 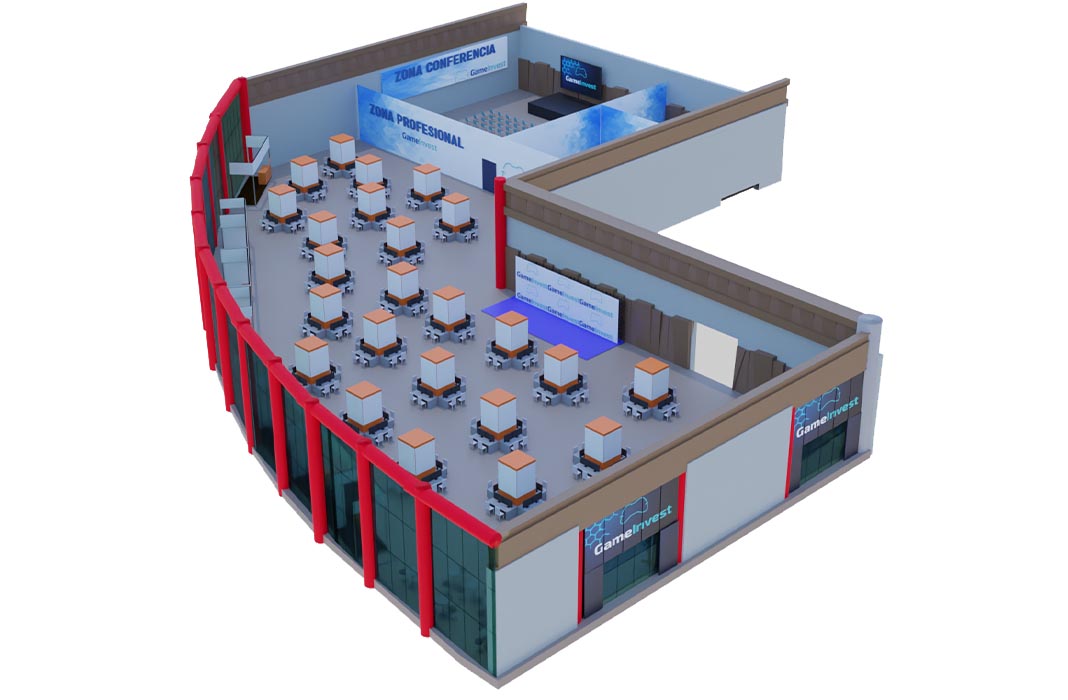 Among other activities, we will collaborate in Gamepolis 2022’s Indie Zone (this year as part of the physical space reserved for GameInvest), a fair that will bring together in a single place some of the best and newest independent video games of the national panorama. In it, participants will have a chance to show their works in person, and thanks to us, they will also be able to make them known worldwide during the event itself: we will publish and promote their games free of charge on our platform.

All projects included in GameInvest 2022’s Indie Zone will participate in a video game competition in which a jury will assess their quality according to different categories, and the winners will be announced at a gala that will take place at the end of the event. These are categories to be awarded: 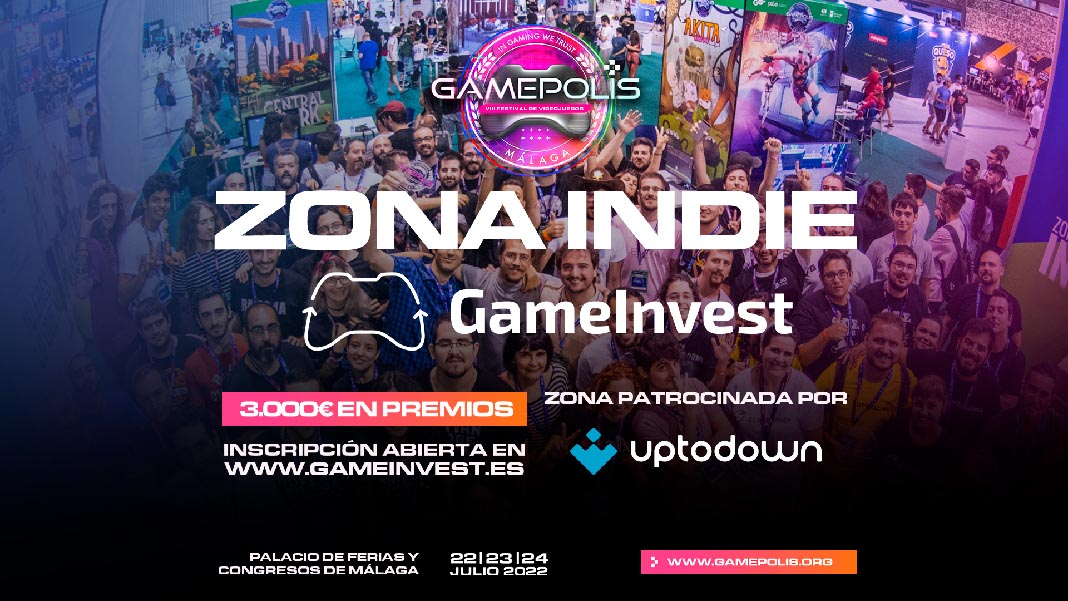 This year, as we did in FreakCon 2022’s Indie Zone, we offer the possibility to publish and promote games for free on our app store. All participating titles with a public downloadable version can opt to be published on Uptodown free of charge. The only requirement is that the game must be available on at least one of the systems offered in our marketplace: Android, Windows or Mac.

Uptodown may host any free version of a game regardless of its status (demo, beta or final). To do so, the studio must be an accepted participant at the Indie Zone and then register its software in Uptodown’s Developers Console. Moreover, it will be featured in the app store along with the rest of the participating titles, also having the possibility of being promoted free of charge through its diffusion channels (blog, social media, press releases).

Additionally, all the studios that participate in the Indie Zone and allow their game to be uploaded to the Uptodown App Store will be eligible to win the Uptodown award for the best game, which will be chosen by a jury formed by Uptodown members.