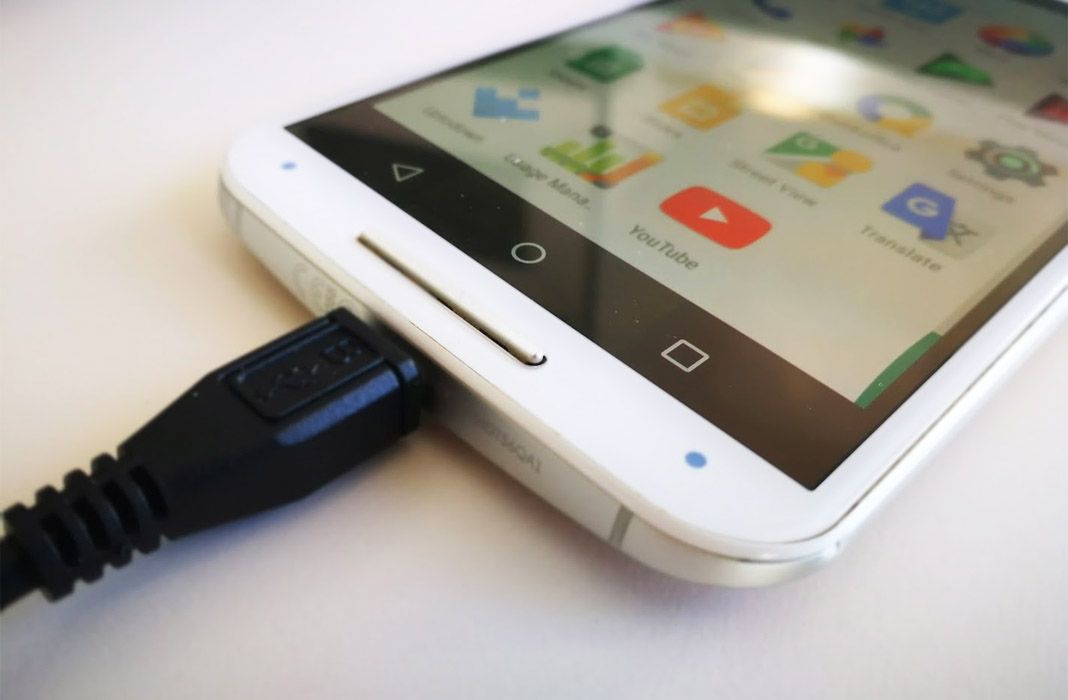 One of the main headaches when it comes to using Android devices with an intrusive layer of customization revolves around the impossibility of uninstalling certain system apps. Although there are ways to hide them in the app drawer using custom launchers, most solutions come down to having administrator permission. Luckily, there’s a completely effective way to delete any app without having to root your device. 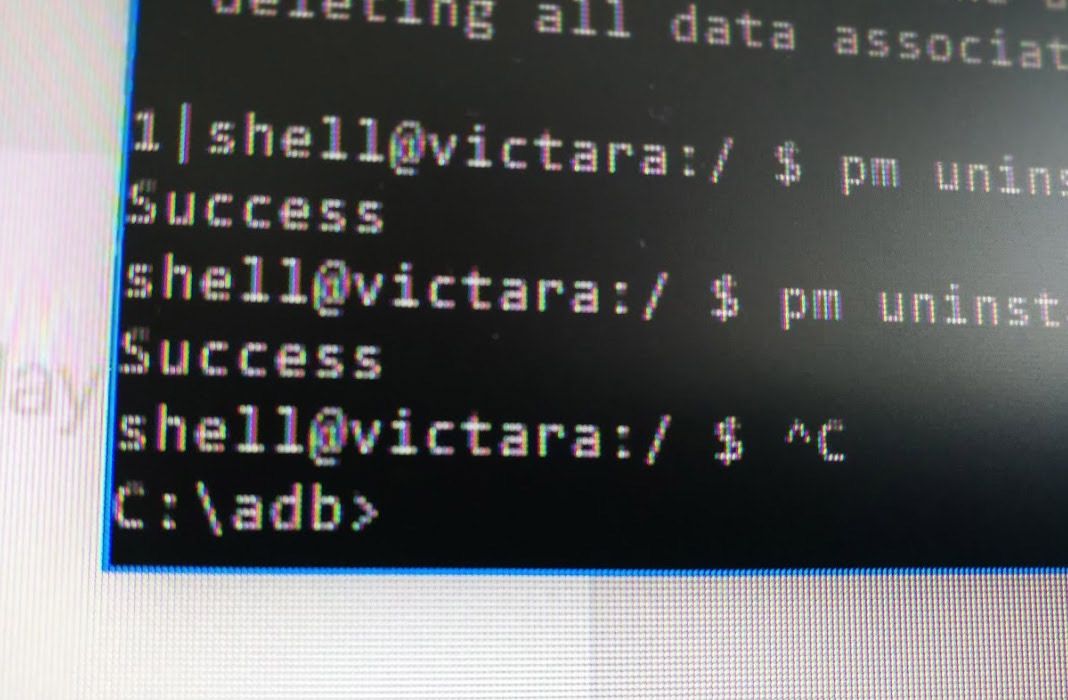 The following method uses an ADB command that will make the app invisible for the system’s user 0, making it completely inaccessible for all system users, although it will still be found physically in /system. So what does this mean? It means that even though you could actually delete the app, since it’s within the area of the system, you wouldn’t gain any usable storage space, making it irrelevant whether the memory is freed up or not.

Another factor to take into account is the fact that in most cases, you can disable some system apps from the app manager of the device in Settings > Apps. These will then be stored in the section “disabled.” It’s not a very practical solution in most cases, but if you’re not drowning in bloatware, then it could be a good option.

As we’ve already mentioned, this tutorial gives a feasible solution for users who don’t want to root their device. If you do in fact have root permission, then there’s an endless number of apps available to let you delete any app, whether it’s from the system of not, such as for example, Root Uninstaller. But anyways, let’s get on with the tutorial, shall we?

Android Debug Bridge (ADB) is a tool that will serve as a way for an external PC to interact with any connected Android device via command lines. What it is, is a set of drivers that, once installed on your PC, allow you to access a Unix shell where you can enter in said commands with different uses. Although they’re included in Android Studio, we recommend THIS or THIS assistant that allow you to install them quickly without the entire development environment. 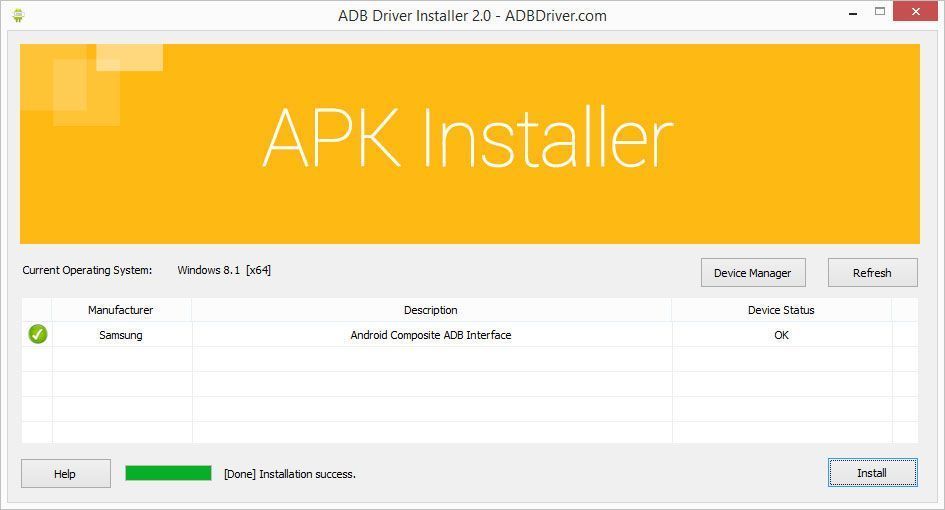 Normally, they’ll be installed in the ADB folder at the root of your main hard drive. However, if you’re using Windows 10, you can just type “adb shell” (without quotation marks) in the search bar and a CMD window will open showing you the console just as in the following image.

2. Select the packages to be deleted

The hard part comes in when you have to decide what you want to delete. The idea is pretty simple in theory, but it really requires you to tread carefully — you definitely don’t want to delete apps that are required for the system to function. For example, any Huawei device provides its own array of system apps in the form of a calendar, email, and contact manager. If you already have other apps installed and set to be used as the default for these functions, then you’re good to delete the pre-installed ones without any worries.

From ADB, you can get a list with the names of all the app packages installed by entering the following command and hitting Enter: 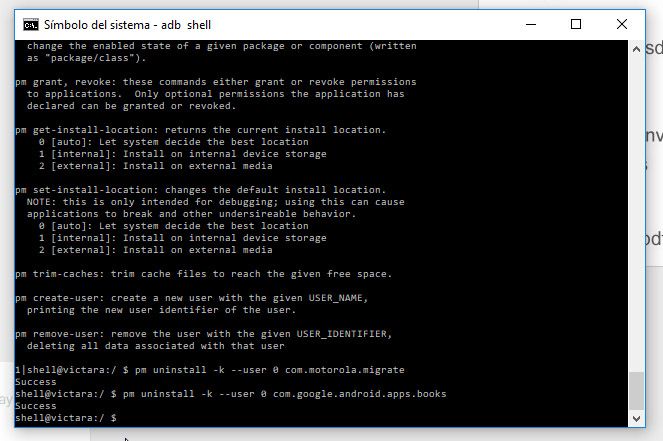 3. Delete the apps you don’t want

Once you’ve decided and you know the package name of the app, you can delete it using the following command:

Here you would replace “nameofpackage” (and the quotation marks) with the name of the app you want to delete. When you hit Enter, if all goes well, you’ll get the message SUCCESS. On the computers we’ve used, the process is instantaneous and you’ll immediately see the app disappear from the app drawer. And it won’t be found in the disabled app section either, so you can consider the app dead and gone for good.

Although the procedure itself is completely safe and reliable, you should pay special attention when disabling apps, as some of them could cause unwanted effects if other services that you use on a regular basis depend on them, or they are essential for the system’s proper operation. Searching the web is an easy turnaround to easily find out lists of all the pre-installed apps of each manufacturer —such as this one for Samsung devices and its One UI layer, which specifies what each app is used for, thus making it much easier to detect bloatware among all the pre-installed system software.

Modifying our device using ADB commands can be a challenge for many users because of the lack of a visual interface. To make the process more intuitive, there are GUIs such as Universal Android Debloater, a free software for Windows, Mac and Linux that, after connecting the device to the PC, allows you to automate the command insertion by being able to choose those apps that you want to disable from a visual menu. It is compatible with a dozen manufacturers and includes a small description of each app to know what we are removing. 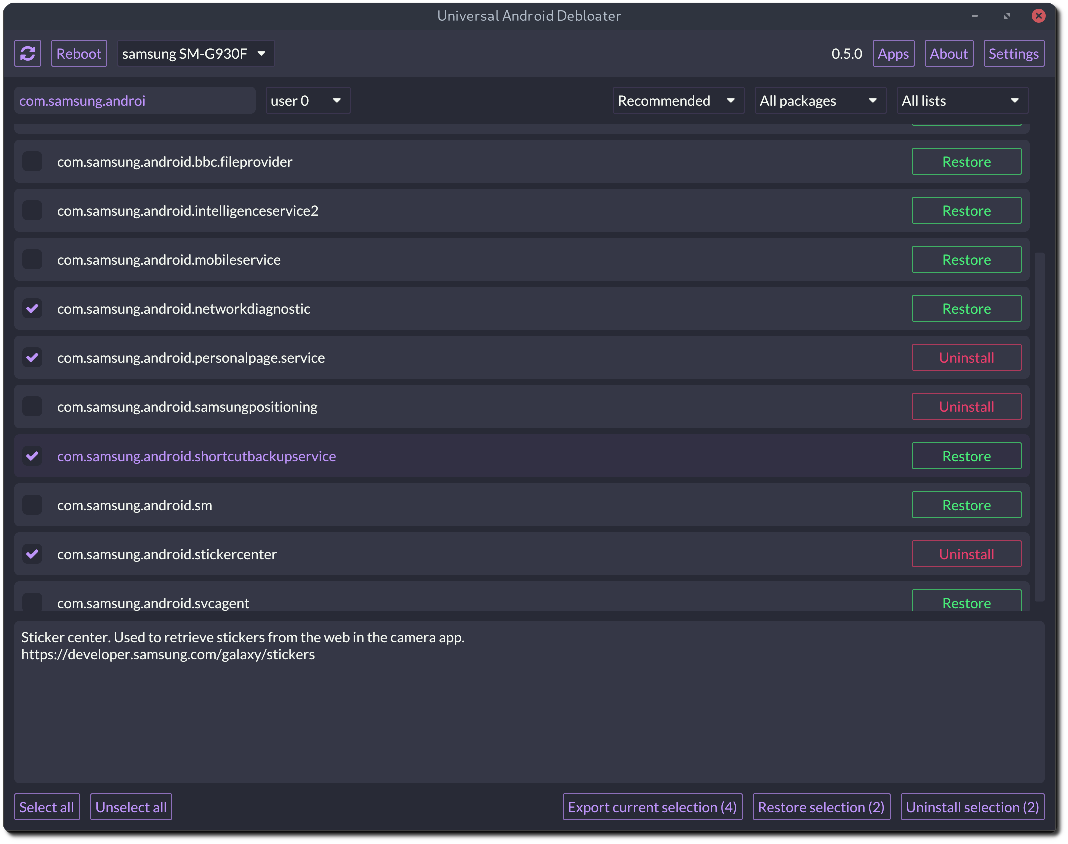