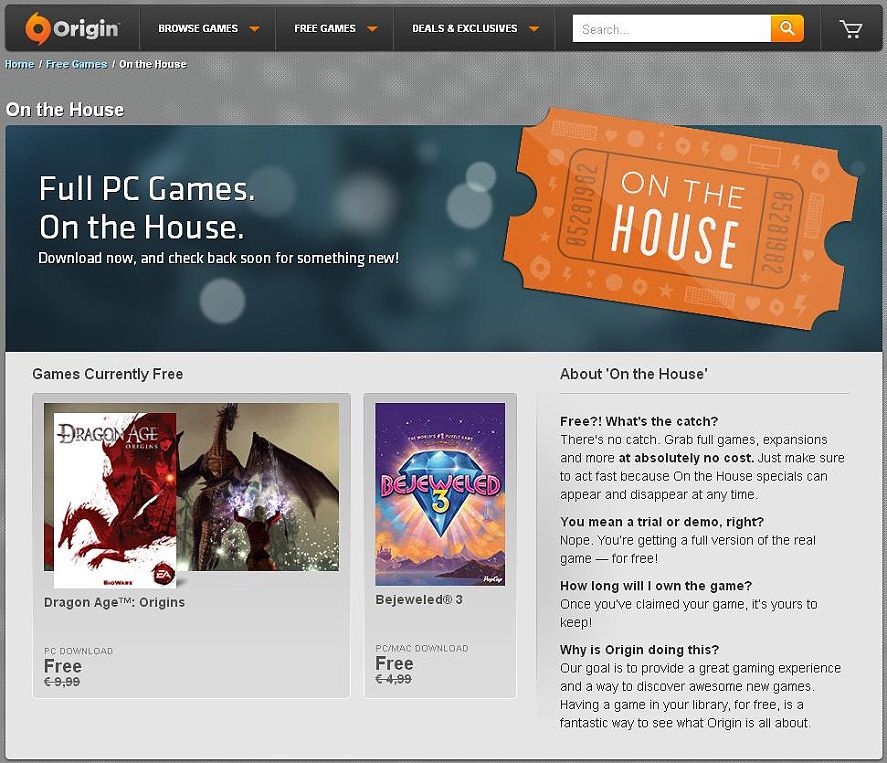 Electronic Arts is very serious about its Origin gaming platform. While they have recently given away games of the likes of The Sims 2 or Battlefield 3 through their “On the House” program, now they’ve released Dragon Age: Origins, the RPG from the studio Bioware, which in a few days will release the third installment in the same series. When you log in to the Origin client (or create an account if you don’t have one already) you can now get a free digital copy of the game, provided you redeem the offer before October 14.

The process for adding it to your game collection has already been described here before. You just have to install the Origin client on your PC, log into your account, or create one using the wizard included in the program, and then look for the promo on the home page. Also, you can still redeem a free copy of Bejeweled 3. The Dragon Age universe is quite huge, and besides the main saga there are several spin-offs aimed at its fanbase. Heroes of Dragon Age is one of them, a free-to-play game for Android that elaborates alternate stories from the original plot, like a ‘What if’ game. Dragon Age Legends, in turn, is a free title initially launched as a social game, later re-released as a desktop software, whose story bridges the first two installments. Few excuses now not to get your feet wet in this rich world of swordplay and witchcraft created by Bioware.

EA is giving away The Sims 2 Ultimate Collection

EA now giving away Battlefield 3 for PC via Origin