Home News and Updates Why are there so many clones on Android? 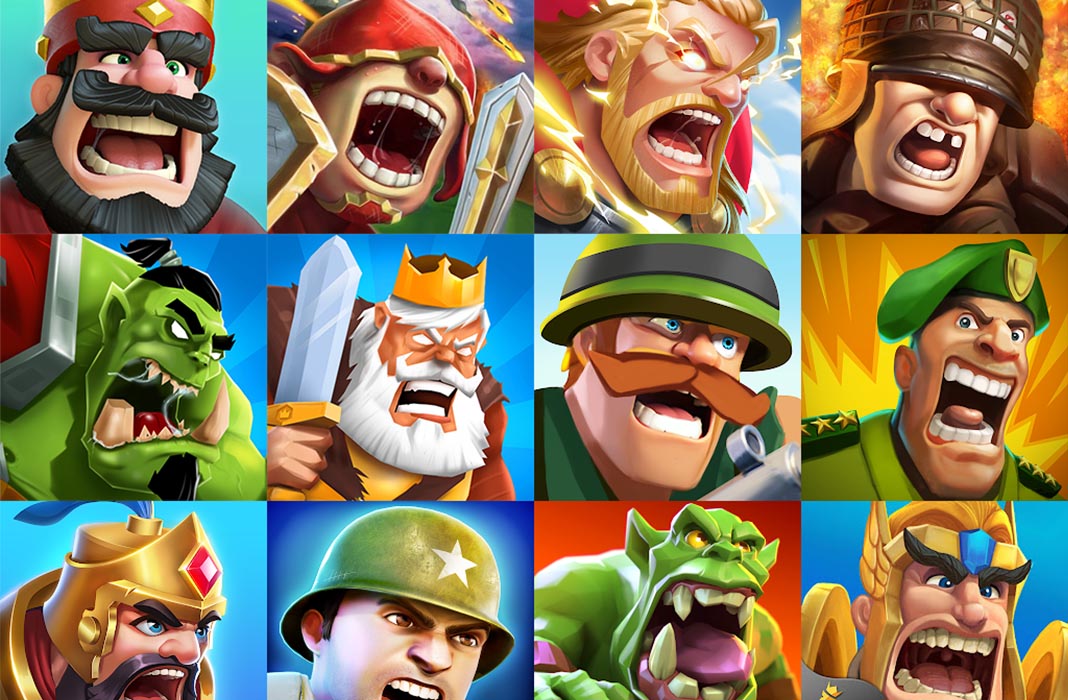 Long gone are the days when developing a video game required extensive knowledge of programming, mathematical skills and a mastery of pixel art, mouse in hand. Thanks to the boom of assisted development environments and the standardization of what was, until now, a practice limited to only the bravest, nowadays anyone can create and publish a video game in just a couple of days, and without having to type a single line of code. And more importantly, even without the need to actually develop it. Seriously.

The implementation of high-level languages, the rise of object-oriented programming, the emergence of integrated development environments… the past few decades have helped our industry to humanize the way in which we create software, bringing this beautiful practice within reach of a greater number of potential creators. However, this has led to some curious side effects.

The high level of sophistication of current software creation tools makes it possible for users to focus on the artistic and conceptual components of their projects, leaving the functional and optimization details in the hands of the framework itself. This is further accentuated by the creation of 3D video games. We’re talking about tools as versatile and affordable as the world-renowned Unity 3D and Unreal Engine. The fact that it’s now possible to create a skeleton of a third-person action game in just one weekend still seems like witchcraft to those, like yours truly, who had to program a Pac-Man clone in assembly language during their early years in college.

The rise of template monetization

The modular design of these environments makes it possible to easily reuse external elements. This means the possibility to even import complete game templates that require minimal modifications to distribute and monetize them later. The so-called asset packages refer to sets of predefined visual, sound and mechanical resources that any developer can integrate into their project to solve aspects that they don’t want to (or cannot) design themselves. For example, imagine you want to use a motorcycle in your game but you don’t know anything about design or 3D modeling, so, doing a quick search online, you find a package of free-to-use vehicles that you can use without any problem. Now, this common practice of spreading and using shared resources has escalated to the point that today you can directly search for a fully developed driving video game template, make some minimal modifications to its appearance, and redistribute it as your own.

Although these practices are far from being unique in the industry, it’s in the Android ecosystem where we can see their effect the most. We could easily say that 80% of the apps that reach us every day on Uptodown use these systems to produce games in bulk. A practice that, although totally legal and legitimate, inevitably causes an overcrowding in the catalog as a result of the constant appearance of apps that are practically identical to each other.

These complete templates can be purchased for a modest price through a myriad of sites such as SellMyApp, Dovemobi and Codester, just to name a few. In this case, we’re talking about minimal effort on the part of the interested party, who we could almost call a reseller rather than a developer given the circumstances.

Imagine that you want to make an app to scan PDF documents with your smartphone, so you look for a template that, for only 25 dollars, lets you download it as a fully functional project for the Android Studio environment, ready to be compiled and prepared to perform a reskin, or at least change the color of the menus, the icon and the title to give it a minimally unique identity. In addition, spaces are already included by default to integrate advertising in the menus through the AdMob platform, which can generate profits that you can associate with your account. You compile the APK, upload it to your trusted store as a free app with integrated advertising, and that’s it! You already have your ‘Ultimate PDF Scan & Editor 2022 Pro’ (I’m sure one like it exists) ready to start generating profits.

Beyond this, there’s a somewhat more malleable and equally profitable layer. As we’ve already mentioned, the reuse of third-party resources is a necessary constant in software development. Some of the frameworks mentioned at the beginning of this text are aware of this and have expanded their competencies to offer these types of resources. That’s why Unity offers a section called ‘Templates’ within its useful Assets Store. In this store, you can get all sorts of individual resources to use in your projects, but it’s also possible to get a ‘Candy Match 3 Kit‘ and publish more than a hundred clones of Candy Crush Saga in just a couple of weeks with the intention of striking it rich by optimizing the SEM of your apps in the different stores where you’ve published them.

If the compilation of projects in development environments is too tedious for you, there are services that let you modify these templates directly from a web tool assisted by a drag-and-drop interface, generating the APK on the fly without resorting to frameworks or external services of any kind. Sites like Mobincube, AppsGeyser and Appypie offer online tools to create apps by paying a small monthly fee. This makes it possible to generate apps easily, and what’s even more interesting, take advantage of their in-app advertising system to share profits. Isn’t it a bit strange that a novice developer who has just started developing apps on Android is capable of publishing an instant messaging tool that’s just as professional-looking as Telegram? Now you know the trick.

Uptodown’s position on the matter

With all this information in mind, it’s much easier to understand why every day, around 50 clones of Subway Surfers, Clash of Clans or Gardenscapes are released on Android. Basically, it seems easier to launch 50 identical car games and hope that one of them turns a profit than to devote all your efforts to just one app and then have things not work out well. This is where the app stores themselves come in: since it’s really hard to attract traffic through organic searches, the positioning within the app stores themselves is where the potential success of initiatives like this lies.

In Uptodown’s case, we’re not usually reluctant to accept apps generated through any of these practices, although we always abide by our minimum quality standards. Regardless of the way in which an app has been generated, we may veto its access to the store if it doesn’t meet our publication criteria. Likewise, the ethics of our team of editors prevails over all other decisions, so the use and abuse of these practices without adding value to the reference material may prevent an app from being distributed in our catalog.