For a few weeks now, we’ve been witnessing the duel between a couple of games that are out to claim the title of the most downloaded game. Mario Kart Tour and Call of Duty Mobile are hogging all the Android news, but they’re not the only rocket that’s landed: Zooba has become one of the most demanded games for mobile devices thanks to its entertaining mix of genres between battle royale and MOBA. We’re talking about a very wild game that’s clearly inspired by the incredible Battlelands Royale and takes its gameplay to a whole new level. 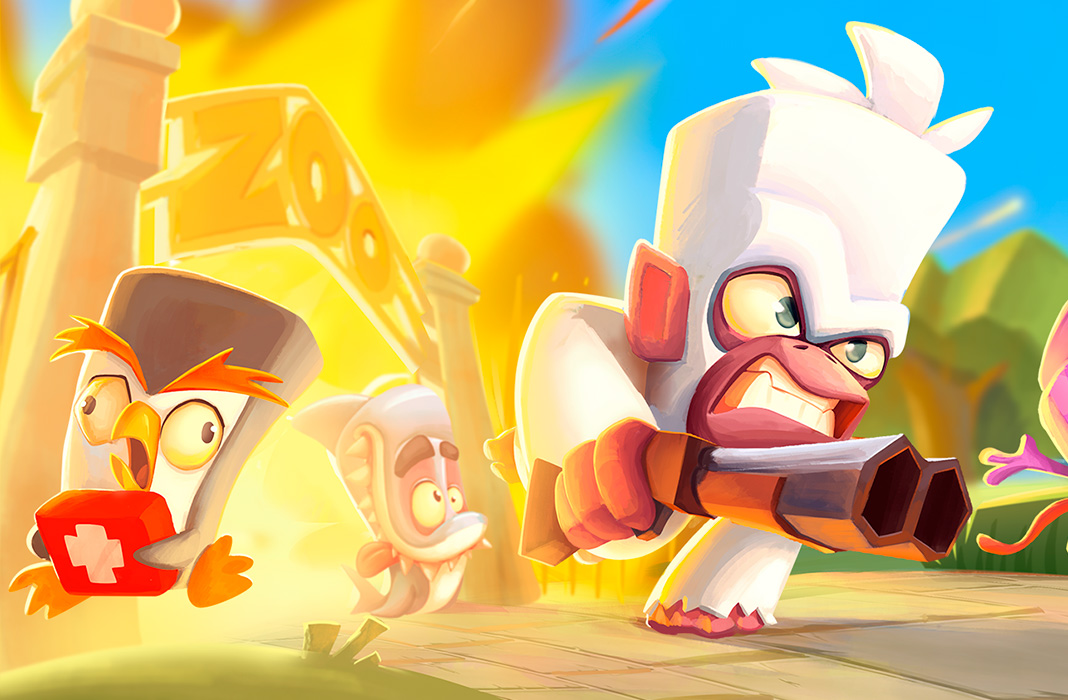 The first measures of Zooba might sound familiar to many of you. That’s because the game had already peeked into the catalog a while ago. The game was formerly known as Zoo Battle Arena (sounds familiar?). But even then, it gave us a glimpse of the current version: animals battling against animals using shotguns, bombs, and other weapons. This unique battle royale had already made us fall in love with its charming visuals and its simple but effective mechanics. This current version of Zooba follows suit, but it’s been polished quite a bit both visually and in terms of gameplay. 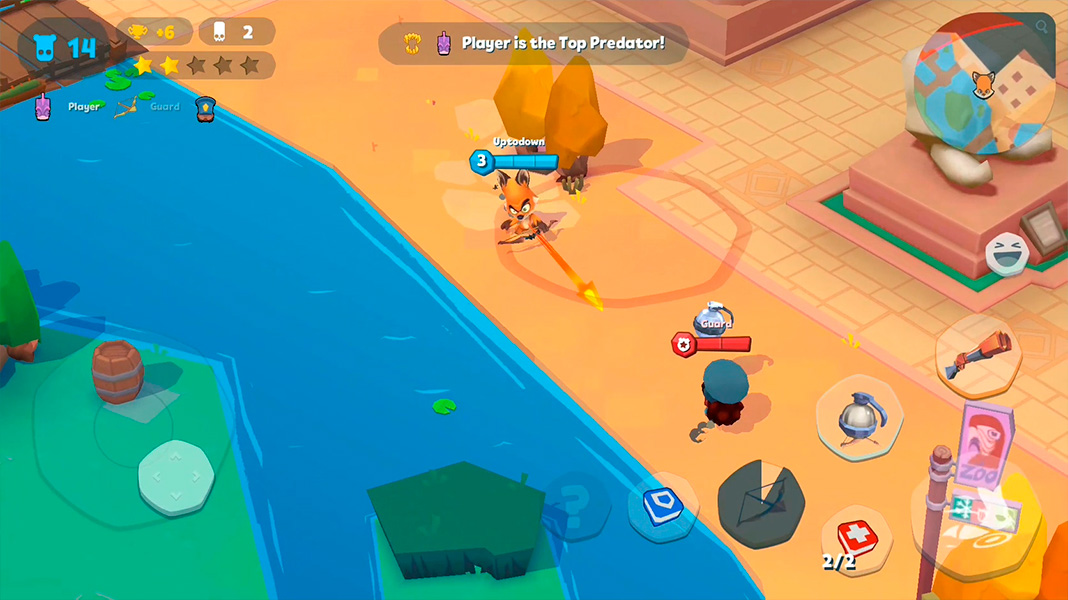 Although the game is advertised as one-of-a-kind Battle Royale, the truth is that it’s grabbed the best features of the incredible Battlelands Royale and sprinkled in some of Supercell’s crown jewel known as Brawl Stars. This wonderful mix translates into colorful visuals, the classic isometric perspective and the evil circle that narrows down until there’s only one animal standing. Plus, the traditional MOBA controls transfer to Zooba in a very simple and practical way. There are three attack buttons available, each of them are equivalent to the types of weapon you can find lying on the ground: bow, grenade, and shotgun. Each of these weapons has a different range and its power depends on the quality it possesses. In other words, their colors. 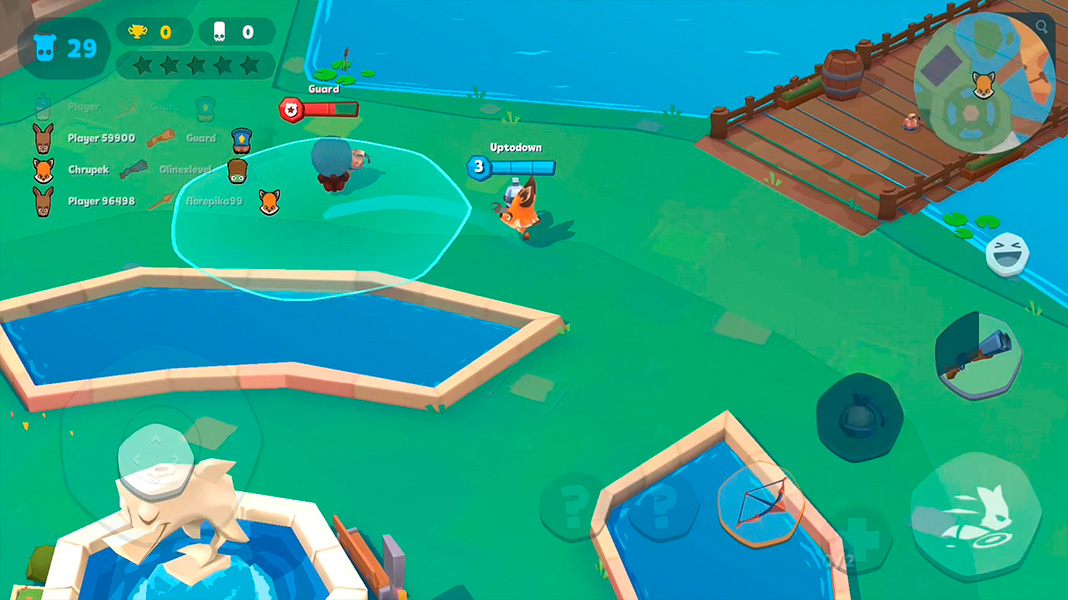 Zooba animals are not just charming skins. Each of them actually has its own skill, which makes the playability that much more similar to Brawl Stars’. Basically, you can level them up if you have the right cards. Keep in mind that this influences their life points and level of damage they can inflict. You’ll start out with a nice fox, but you can unlock more animals as you level up your character or directly use the cash register. 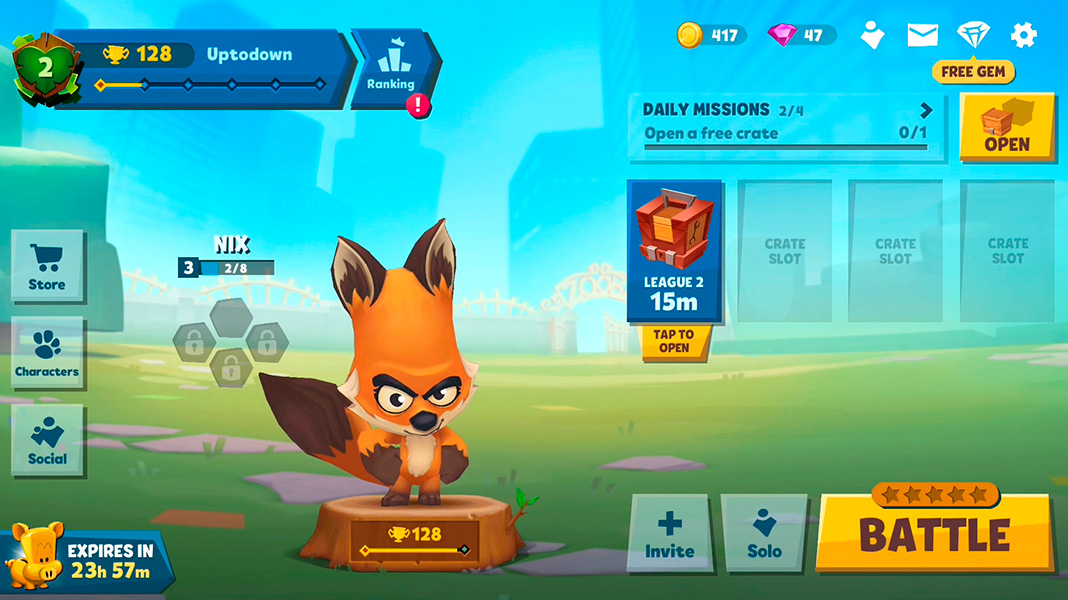 Although the battles only include 20 other people, the small settings and quick rounds invite you to experience each duel intensely. Plus, the game includes add ons that are like a breath of fresh air for the genre’s fans: hostile NPCs that swarm the screen to provide you with incredible rewards when you get rid of them (weapons, first aid kits, shields, etc). Another unique gameplay feature is the aquatic areas. Just keep in mind that you can move around them with some restrictions: you can’t use your weapons when you’re traveling through the sea route. 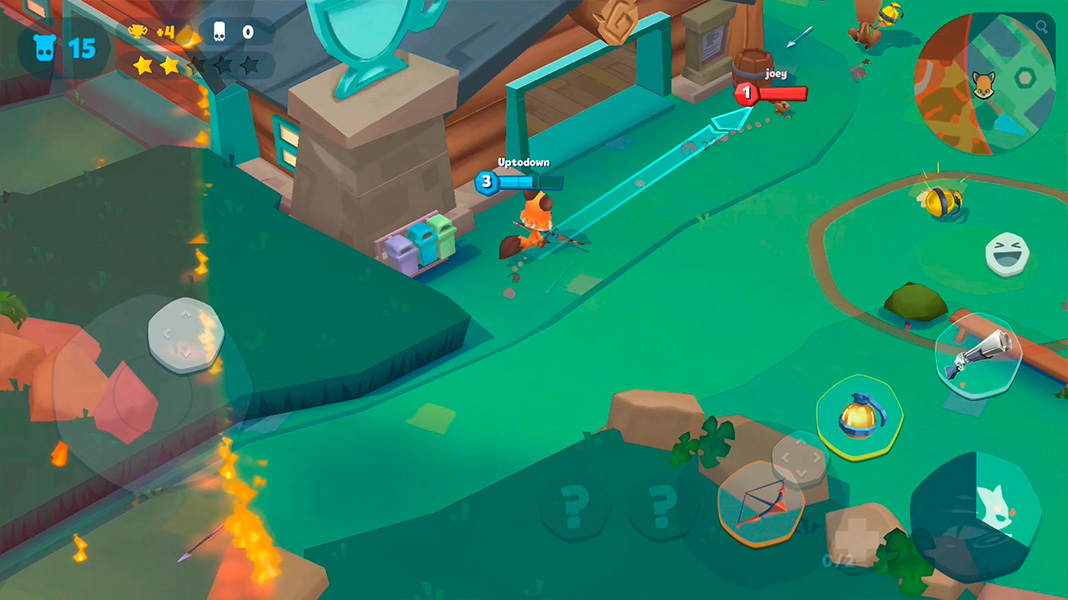 We clearly enjoyed Zooba quite a bit, but that’s to be expected when we’re dealing with a high-quality game. Although it includes a fusion of mechanics that are found in other games, Wildlife Studios’ latest game has enough personality to stand out from the rest. Its progression system definitely keeps you glued to your screen and asking for those extra 5 minutes of gaming time. We’ll keep an eye out for any new contributions from this development studio. However, this could very well be one of the most popular games of the year.