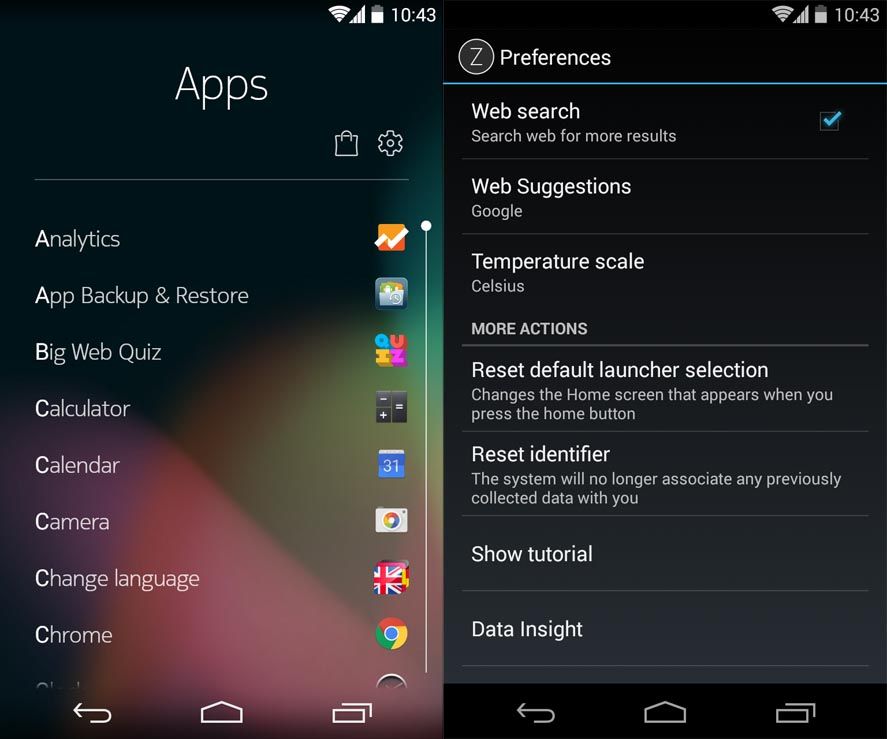 A few months ago we talked here about Z Launcher, a layer of customization from Nokia for your Android device that shows the apps you use most depending on the time of day on your desktop and whose navigation system is based on drawing letters on the screen. After several months of tests, the first stable beta of the app has been released, and is much quicker and more stable than its predecessors.

As we already mentioned in the review of Z Launcher we did in June of this year, its strengths lies in its capacity to adapt to your daily habits. As soon as you start using it (you can set it as your default launcher in Settings > Start) it will ask you to allow the app to collect info on the times you open each app or make calls, such that on your device’s desktop you’ll see those tools or shortcuts you use most frequently in each time range, separated into blocks of morning, afternoon, and night. When you access your settings menu you won’t see the traditional grid of icons, but rather all your shortcuts organized alphabetically. If you’re looking for something specific, you just have to write the letter it starts with on the screen, and it will detect, besides your installed apps, links that you’ve recently visited on your browser. While the early versions of the launcher were slow and imprecise at detecting touchscreen writing, these problems have practically disappeared in the first beta, so that browsing is a much more fluid process. The launcher also works on rooted terminals. Occasionally you might wish for a bit more speed when writing several characters successively on the screen, but normally thanks to the smart prediction system a single letter is enough for what you want to appear on the screen.