About a year and a half ago the YouTube channel h3h3productions, manned by the husband and wife team Ethan and Hila Klein, was sued by another YouTuber who alleged they were infringing copyright by illegally using his content, while h3h3productions maintained that the content fell within the remit of “Fair Use” rules on third-party content. After a long time in court, the case has been resolved in favor of the two defendants from h3h3 – which is a great victory for content creators on YouTube. 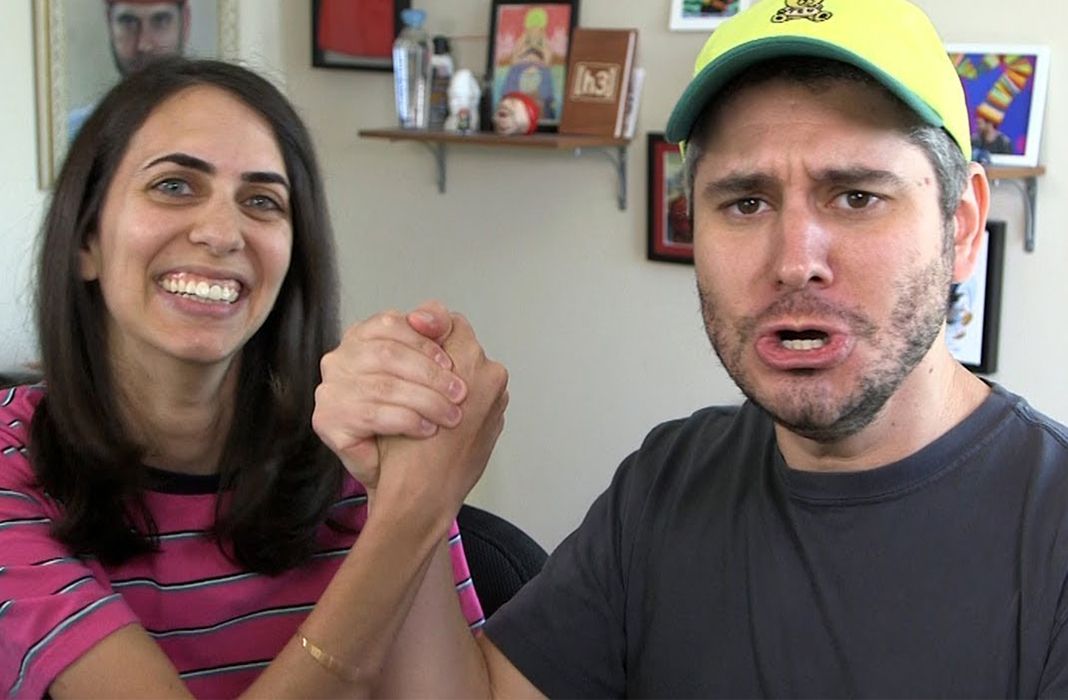 It all started with a “reaction video”

The content on h3h3productions has gotten popular for its videos where the couple, mainly Ethan, watch and make satirical comments on YouTube videos about certain rather unfortunate behaviors. Check their channel for a thousand examples of this, but one specific reaction video was what started this legal battle that’s stretched out over 18 months.

The YouTuber Matt Hoss made a video in 2013 called “Bold Guy vs Parkour Girl” that had nearly 10 million views in 2016, when h3h3productions made a reaction video where, in their usual tone, they made fun of the content. Matt Hoss himself denounced the video over YouTube and the site took down the h3h3 video for alleged copyright infringement.

Bold Guy removed our video and is LITERALLY suing us for copyright infringement. Someone doesn't understand fair use pic.twitter.com/XvjaQGmKO6

This appeared not to be enough for Hoss and a month later, in May 2016, h3h3productions announced in a video that they were being sued in US courts not just on copyright grounds but also for damaging his image. Worst of all is that prior to filing the lawsuit, Matt Hoss sent them an email asking them to pull the video and asking for money if they wanted to avoid a lawsuit. Obviously Ethan and Hila did no such thing and weren’t intimidated. Their legal costs continued to ratchet up, but luckily a fellow YouTuber, Philip DeFranco, started a GoFundMe crowdfunding campaign to help them finance the process, raising more than $170,000 with lots of other YouTubers adding their small contributions.

To understand this painstaking legal process in which copyright is a fundamental part, you’ve first got to know a bit about how Fair Use works on YouTube. This “legitimate use” allows clips of a work to be used without receiving permission from the content creator so long as a set of conditions are met. These “norms” are what govern Fair Use and each country has its own rules in this regard. The case of h3h3productions occurred in the United States, where some of YouTube’s Fair Use criteria are as follows:

YouTube has specified a bit more about this matter, but it certainly is an issue that’s quite open to different interpretations, which is why the h3h3productions case has been so important, as it will set a precedent for potential lawsuits in the future. That said, the judge herself has stated that this verdict does not cover all cases: “The Court is not ruling here that all ‘reaction videos’ constitute fair use.”

The judge in this case stated that the video falls within the limits of Fair Use as it involves a parody that does not infringe the rights of the Matt Hoss video. After analyzing the respective videos from both the plaintiff and the defendants, the judge made clear that “any review of the Klein video leaves no doubt that it constitutes critical commentary of the Hoss video; there is also no doubt that the Klein video is decidedly not a market substitute for the Hoss video.” You can read the full verdict here.

Best line of the entire lawsuit written by our attorney. pic.twitter.com/76oPVsXrhm

The victory for Ethan and Hila Klein is also a triumph for all content creators on YouTube whose channels are based on making reaction videos, giving news about events, or simply using clips from third-party material in creating their own content. The h3h3productions channel has made a video with comments on the case and expressing their thanks for the support received. As a final victory lap, they’ve re-uploaded the original video that was removed by YouTube. A great happy ending that’s sure to change YouTube policies on Fair Use for the better.