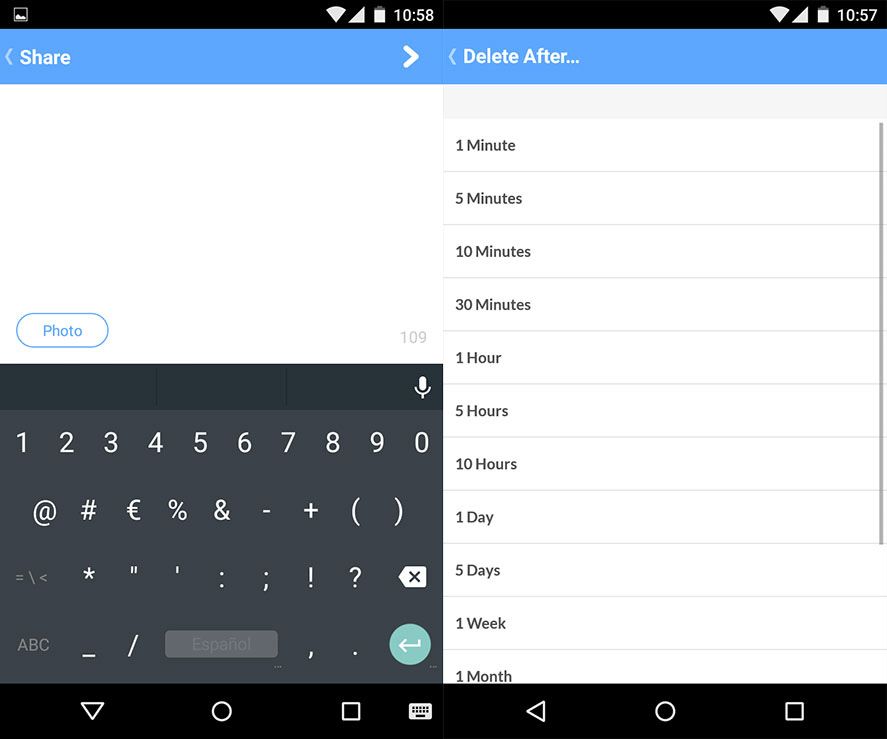 The fact that your web posts live forever is a bit of a double-edged sword, as the half-life of information, being so much shorter than ever before, could get you into a bind should someone read something you wrote years ago but no longer has anything to do with what you currently think. To resolve this first-world problem Xpire was born, a free app that lets you schedule messages to be posted on Twitter and which will self-destruct after a certain time period.

The app, beyond functioning as a Twitter client, is also an add-on, although the most important extra feature is the one just mentioned: After you type out your tweet, you can assign it a certain lifespan, at the end if which it will auto-destruct. Besides this, Xpire lets you do other actions that the official client doesn’t allow, such as viewing a list with all the messages you’ve faved. When you sync the tool to your account, it will scrape your last 1200 tweets, allowing you to browse through them, add search filters, and delete several messages simultaneously, which is especially useful if you want to spring-clean your account. At the moment, the Android version can only work with Twitter, although the iOS version lets you schedule self-destructing posts on Facebook and Tumblr, too.