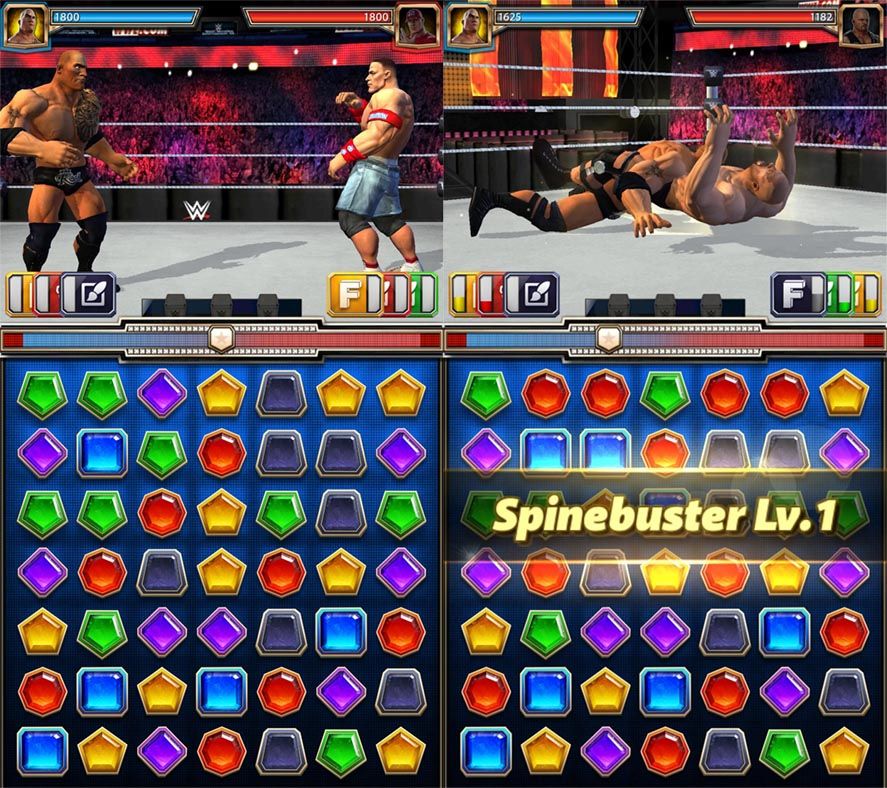 Wrestling has left its mark on generation after generation of fans everywhere, what with all the wrestlers launched to fame by the WWE and its antecessors. While a good handful of games out there leverage the WWE license, now is the first time we’ve seen a game focused on wrestling but with a gameplay inherited from Puzzle Quest. WWE Champions puts you in the ring in fights where your success depends on the matches you make on the board. So far it might seem like we’re talking about the bazillionth clone of Puzzle Quest, but this title actually stands out for how it shows the matches at the top of the screen – with a 3D display of each technique or blow you deliver. And it stays true to form in terms of letting you win with a pinfall (where you hold your opponent’s shoulders to the mat to the count of three) or wriggle out of a chokehold.

This system comes packaged in a huge array of game modes where you can gradually unlock players from all periods, from modern icons like John Cena and Seth Rollins to undying idols like The Ultimate Warrier and The Rock. Each has his own special moves and “finishers” that can be activated during a match under certain conditions and when you’ve made enough matches with a certain color of gems. WWE Champions hasn’t officially come out yet but it can already be downloaded and installed with its APK, available on Uptodown from anywhere worldwide.