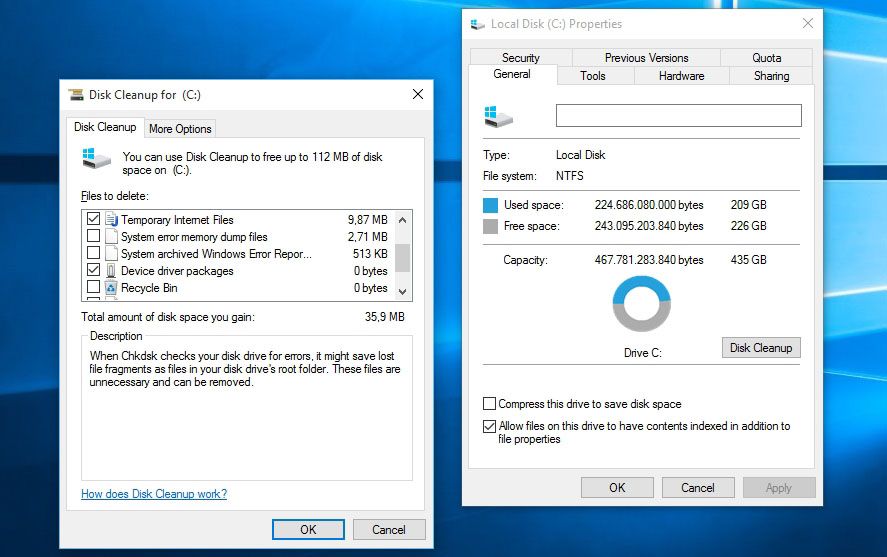 One thing you can do after installing Windows 10 is get rid of the all the accumulated temporary files, as we explained in this article. The problem is that lots of times the folders where these are stored are blocked by the system and programs like Unlocker or LockHunter still aren’t working properly on the new Microsoft OS. But what a lot of people don’t know is that Windows’ own explorer hides a tool that can get rid of them.

There are two kinds of folders you can get rid of that are found at the root of your hard drive: the folder $Windows.~BT (o ~WS), where your temporary install files are stored, and Windows.old, with the discarded system files from the previous version of Windows you had installed. For one month after installation, Windows 10 offers the possibility to be uninstalled to restore your system to the previous version, but if you know you don’t want to do that you can get rid of that folder.