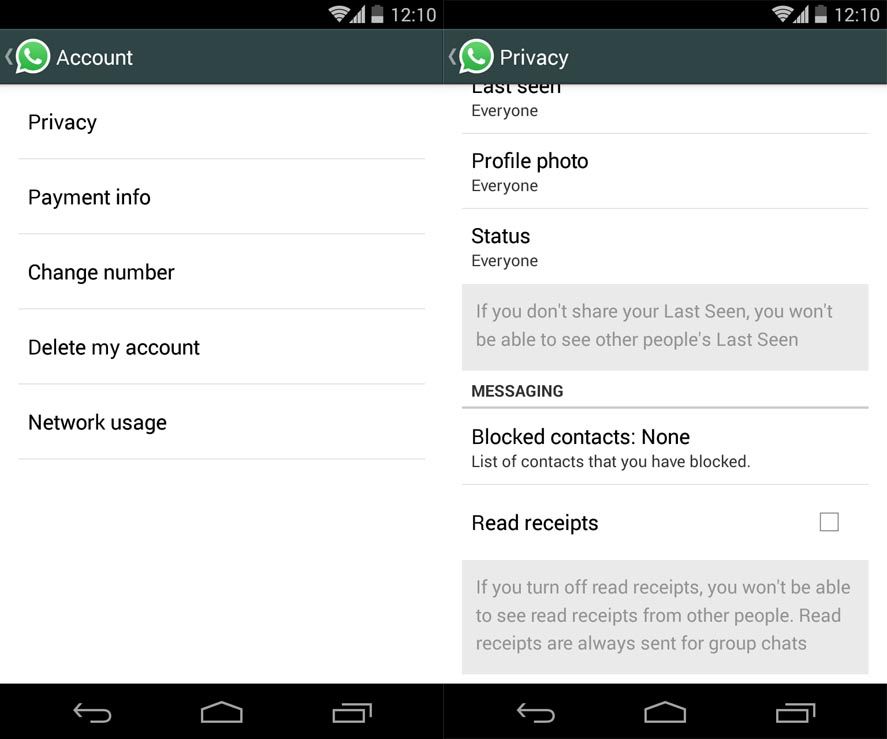 It was just a matter of time before the circle closed. Everything started two months ago when WhatsApp’s new blue-double-tick feature was announced and then officially incorporated last week. Within a few days we were showered with tips on how to get around the tick system that shows when your messages have been sent, delivered, and read. And now, after a barrage of complaints, WhatsApp has updated its official Android client (2.11.444) to allow the disabling of the feature, meaning that things are basically back to how they were before.

At the moment the latest update is not available on Google Play, meaning you’ll need to install the APK directly. When you do, you’ll find a new option in the settings menu by going to Account Info > Privacy. At the bottom of the section you’ll see a box called ‘Read Receipts’ ticked by default, with a description below it explaining that if you untick this option you won’t be able to see when other people read your messages, nor will they be able to see when you read theirs. (It doesn’t actually say the latter, but we’ve checked it ourselves.) What you can’t avoid is the blue double tick in group conversations, which are curiously what gave rise to all the hullaballoo in the first place.