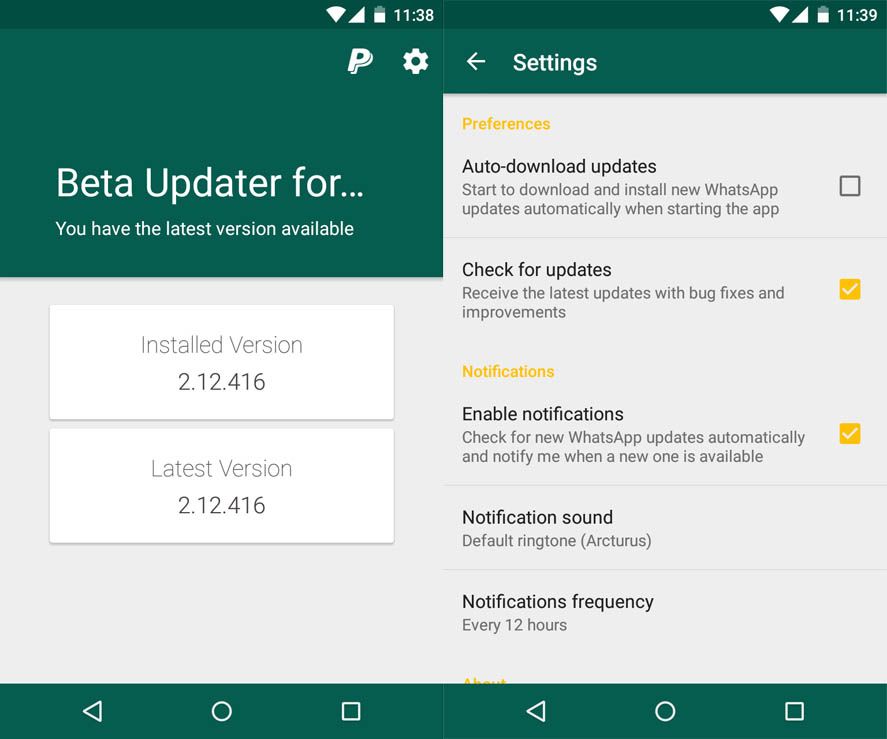 WhatsApp’s update rhythm has two levels: on one hand there are the updates that come out on Google Play, and on the other the new versions of the beta that are posted a week beforehand on its official website. Now a developer has discovered in the latest beta update (2.12.416) that WhatsApp is about to be associated with Facebook to share data and verify the sending of messages via the new end-to-end encryption system. It was precisely this developer who created an app to automatically notify you when a new official version appears on WhatsApp’s beta channel.

The app’s functionality is limited to exactly that: telling you when a new beta comes out, while also specifying which version you have on your device and letting you download and install the new file directly from there. In the settings menu you can set how often you want the check to be run as well as what kind of notification you want to receive.