Home Tutorials and Guides What exactly is “the cloud”? 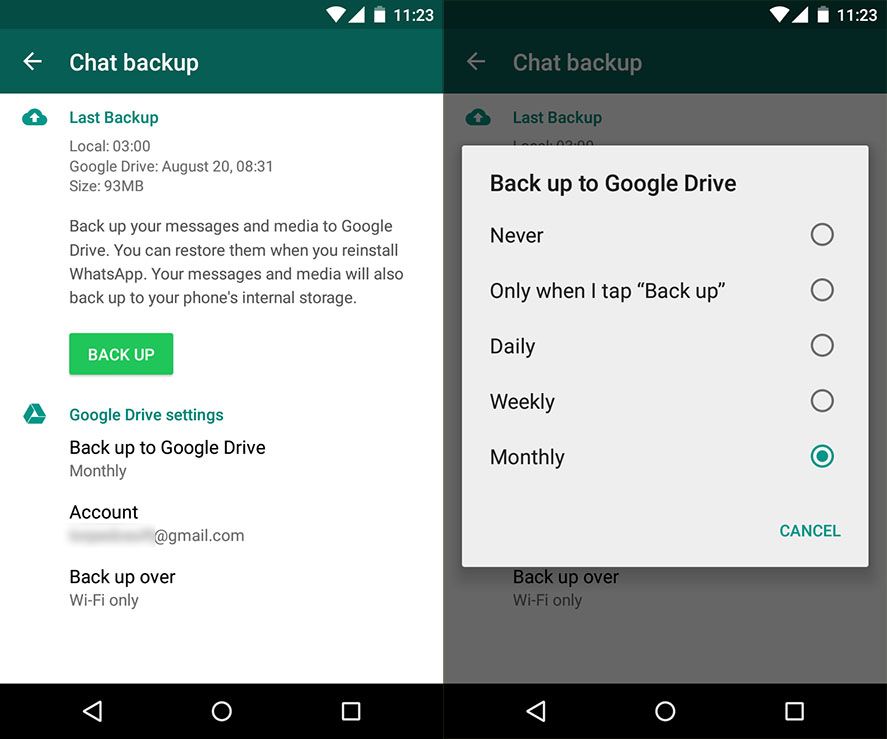 According to a recent study from Samsung, some 72% of surveyed users pretended to know the meaning of technology terms they don’t actually understand. And one of the terms that caused the most confusion was the ubiquitous “THE CLOUD” (written like that, in caps). So what exactly does it mean? How can you get the most out of this functionality on your smartphone? Never fear – Uptodown is here, and we can explain everything. What is the cloud?

What with the surge in Internet connection speeds, we’re nearly to the point these days that transferring a file from a remote location is about as fast as pulling it up on a local drive (relatively speaking, obviously). This means lots of sites are now opting to store your data themselves instead of leaving it up to you to manage it. A practical example: since the dawn of time you’ve probably been downloading your pictures from your camera or smartphone to your PC for safe storage so you can free up space where they were saved before. But now companies like Facebook and Google are giving you the option to store those photos on their servers so you can access them from anywhere. But it’s not just pictures – it can be any kind of doc you can think of. In fact, Google has been betting on cloud computing for ages, to the point that its Chromebooks (its laptop range) have a minuscule memory capacity by current standards, in an attempt to spur its users’ storage choices toward cloud file-hosting options. Google Drive, Docs, or Photos are some of the alternatives that have been available for a good while now to Android users.

But moving beyond the obvious, the cloud also gets used for most of the things you do with your smartphone: your Gmail inbox isn’t saved to your PC, the videos you view and upload to YouTube are stored remotely (and so are your Instagram pics), the default setup associated with your Android or Windows accounts aren’t ‘tangible’ … we could go on and on here.

Android apps that use the cloud

Our first foray into the world of cloud storage involves using one of the services you’re probably already quite familiar with. Even the least tech-savvy among you must have heard of things like DropBox or Google Drive. These are “remote hard drives” that you can access from anywhere and use to save and open files of all kinds. Most of these services offer a huge amount of free storage, although if you ever need more you can pay for a monthly subscription (in certain cases this won’t cost you more than $/€2 a month) to expand your available space. We do a comparison of all the biggest file hosting sites every year on the blog. In the 2016 edition it was Google that took the gold, as a few months ago it made wayes by offering no less than unlimited space to store your photos.

When talking about social networks, Facebook is the obvious point of reference. For a while now Facebook has also let you save your smartphone photos on its servers, prodding users to install its Facebook Moments app to manage galleries and share them with people on your friends list.

But we’re going to get even more practical and talk about WhatsApp. Did you know you can automatically back up your WhatsApp chats and photos? We explain how in this post. All you need is a Google Play account, although obviously as an Android user you’ve already got a Gmail. Are there dangers to using the cloud?

For the average user, the risk of losing your files hosted in the cloud by a third party are almost the same as if you had them stored locally. Any physical drive deteriorates over time and can corrupt the files on it if you’re not methodical enough about duplicating your backups and upgrading your storage devices every few years. Likewise, nothing can guarantee that some catastrophic digital blackout might not one day cause the permanent loss of all your cloud files. Though come to think of it, if you weigh the possibilities, the latter seems more improbable. Another very different subject is the privacy of your data. When you use a cloud storage service you’re accepting a clause that in many cases allows a third party to use your images to develop its own services. This does not mean your latest vacay photos are going to pop up in somebody else’s Google search. But there’s no question that they’re indexed somewhere given that if you type birthday into your Google Photos search box, its detection and image search algorithm does in fact pull up pics of you blowing at candles on a cake.

To sum up: once you figure out how it works, it seems the cloud is not as far away as it first seems. You’re actually almost sure to have used it at some point without even realizing it. And a constant stream of new software is working intensively with cloud computing to offer all sorts of content and let you interact it with it remotely instead of locally. In any case, if humanity really does suffer a digital blackout, you’ll probably have more important things to worry about than having lost those snaps of your weekend in the countryside.