Home News and Updates Find out if a website is using your PC to mine for... 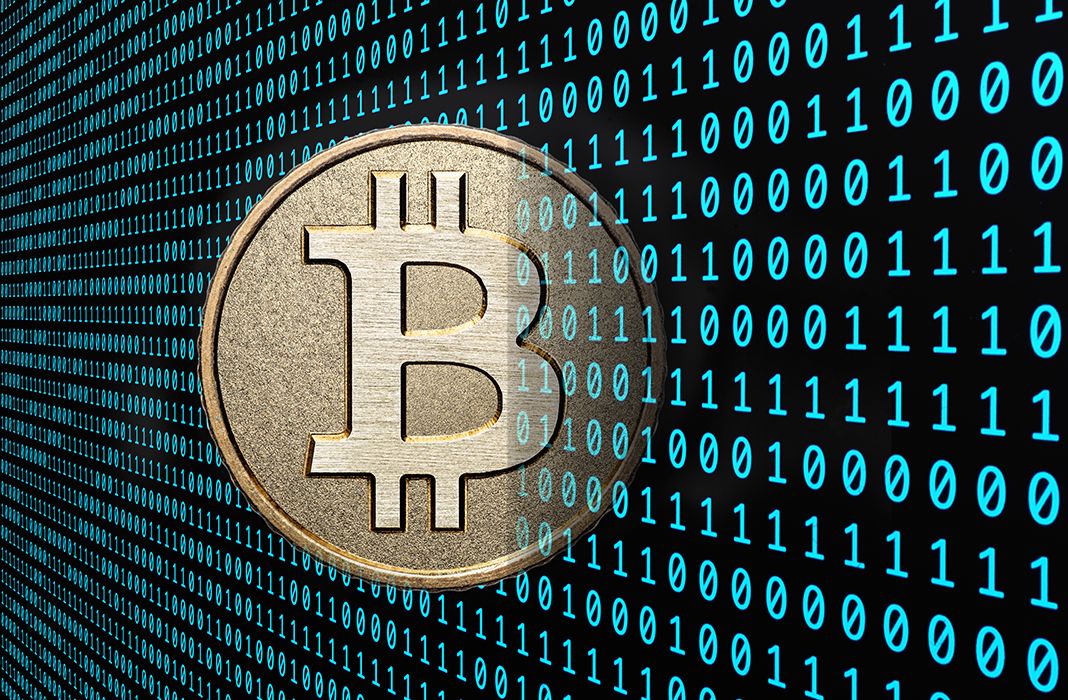 News about websites and apps that mine for cryptocurrencies without our knowledge have increased tremendously in recent times. A a result, we’ve developed a sort of collective paranoia that makes us trust websites we visit or apps we download less and less. Thankfully, we at Uptodown always fight against these types of practices and to do so, all our files pass through Virustotal, rejecting the apps that are detected as dangerous. But they’re not all apps, and for that reason, we’re recommending a service that tells you if a website is secretly using your computer to mine for cryptocurrencies. 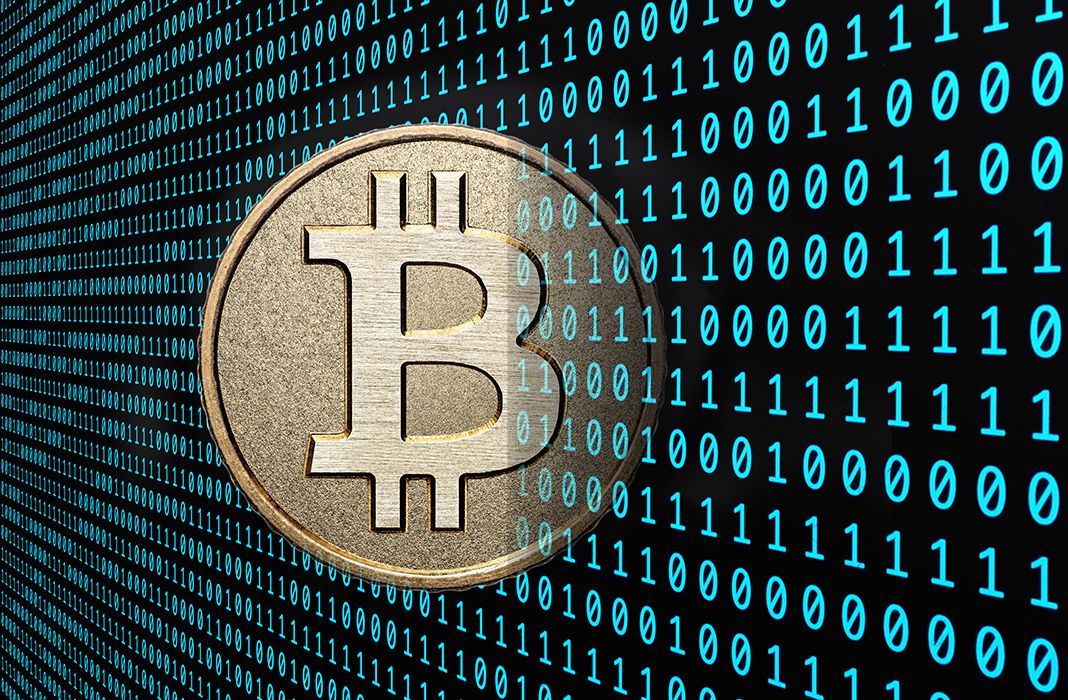 Whoismining is a search engine that tells you if certain websites are secretly mining virtual currencies. The practice is more common than you’d think, and is done using scripts that load when you enter the websites that have them. It all started with the company Coinhive, which created this script for the first time. Before long, traces of this code were found on websites that didn’t know they used them, like what happened in the case of Showtime. This practice makes the CPU of the computers that have these pages open work harder, given that they’re being used to mine these virtual currencies. 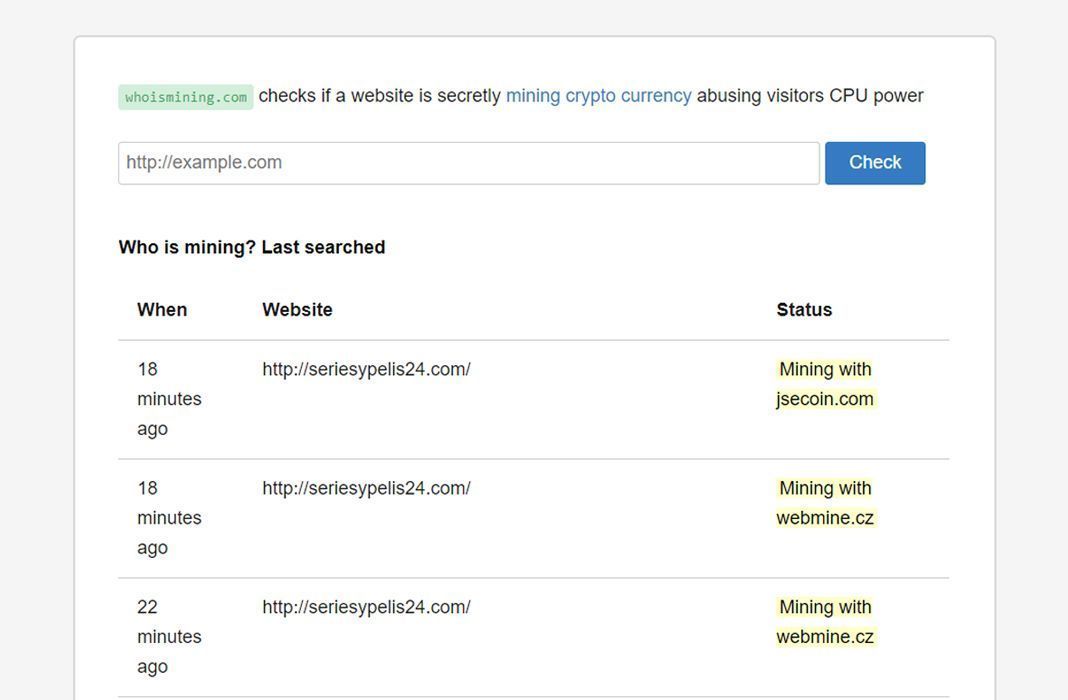 Thus, services like Whoismining are essential to stop websites from abusing this practice secretly. The way it works is as simple as entering the URL of the website you think may be mining without your knowledge and clicking the “Check” button. After analyzing the website’s HTML code, you’ll see a message indicating whether or not it mines. In the case of a negative result, the text will be green to indicate that it’s a safe page, but if it’s positive on the other hand, you’ll see a yellow text that will tell you the type of script that’s being used to obtain virtual currencies without your knowledge. Also, below you’ll see other users’ latest searches. 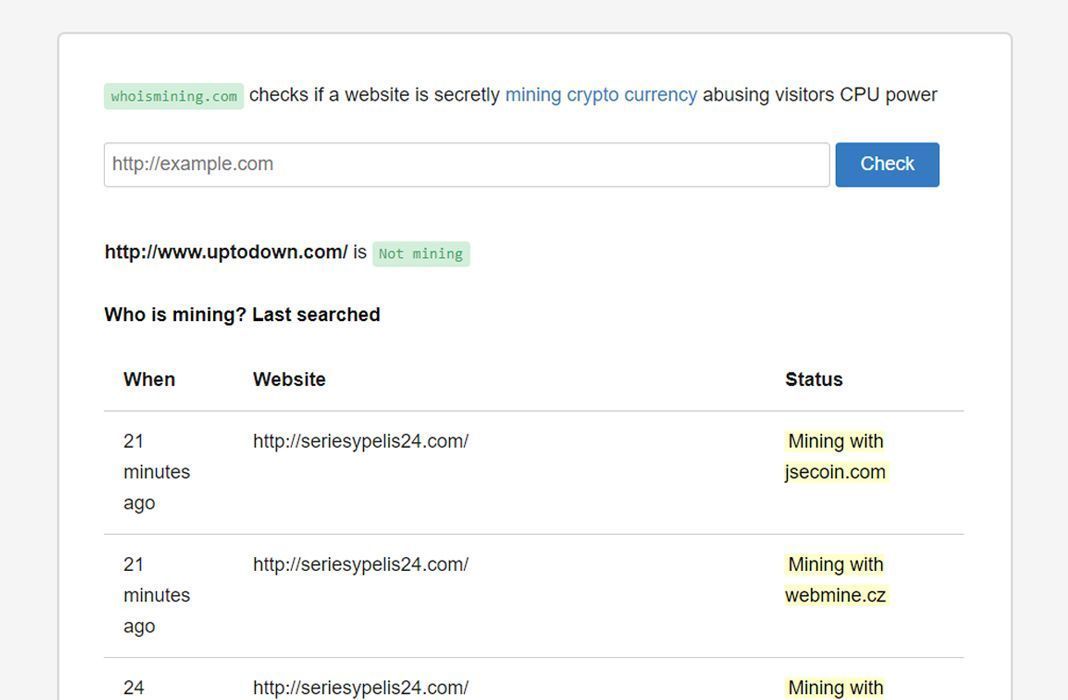 The point of the matter isn’t actually the cryptocurrencies, but that someone is trying to use your computer without you knowing. One of the first websites that admitted to this practice was The Pirate Bay, which communicated in its blog that it would do so to get rid of ads on its website. As we’ve already said, the problem is more the secrecy of these practices than the cryptocurrencies themselves. If you feel like learning more information about this little world of virtual currency, then check out this list with the best cryptocurrency apps on Android.