Games Workshop has worked for 40 years to create an entertainment emporium that goes far beyond tabletop war games. Its extensive worlds —Fantasy, 40K, and iconic specialist games like Mordheim and Blood Bowl— have given way to endless tabletop games, novels, comics, and of course, videogames. Although it’s difficult to include each and every existing production, we’re going to try to collect all the free-to-play Android games set in the different branches of the Warhammer universe. So go ahead and start placing your miniatures in your deployment zone.

The setting par excellence. Although the company began its journey in 1975, it wasn’t until 1983 when the first official version of Warhammer Fantasy Battles was launched with miniatures and its own background, where huge armies fought for control of the Old World. Its picturesque epic fantasy, much more permissive than other settings, allows for vampires, elves, scrawl-riding goblins and lovecraftian deities of chaos to coexist in the same universe.

Nowadays, this setting is going through rough times times after having discarded many of the distinctive traits that have accompanied the brand in recent years: the latest edition of Warhammer Fantasy, subtitled as Age of Sigmar, gives prominence to new troops and settings that are loved and hated equally by the fans. Not everyone enjoys seeing orcs with full armor and ostentatious medieval space marines bathed in gold in a far more classical environment. But this new starting point is where most modern videogames are set. 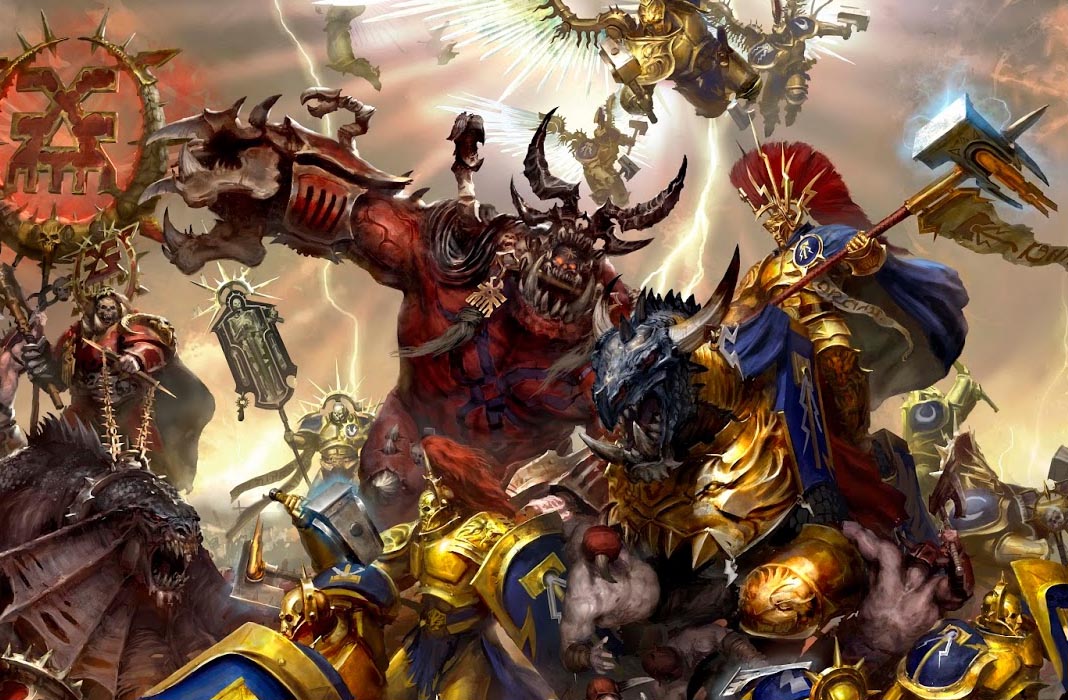 Here, they took the easy way out, opting for Clash Royale-style game. In other words, we’re talking about quick online rounds lasting no more than 5 minutes, where you have to defeat the enemy general or his main building.  To do this, you’ll deploy units from a deck of cards, each with its own specific cost and cooldown. Simple, quick, and easy to get the hang of. [Download] 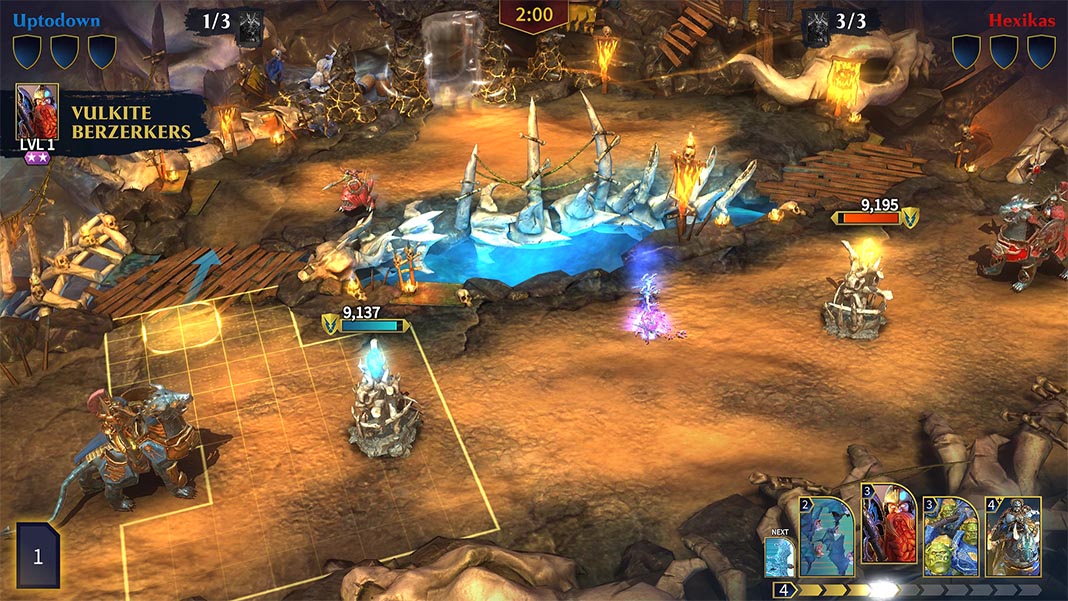 AoS: Champions is the digital version of Age of Sigmar Trading Card Game. What’s interesting is that the physical version of the game is directly integrated with its digital namesake, so that each ‘real’ card that we get can be redeemed using a code in the virtual game. In terms of the gameplay, the most original aspect is that the cards have different effects over time as you turn them 90 degrees. [Download] 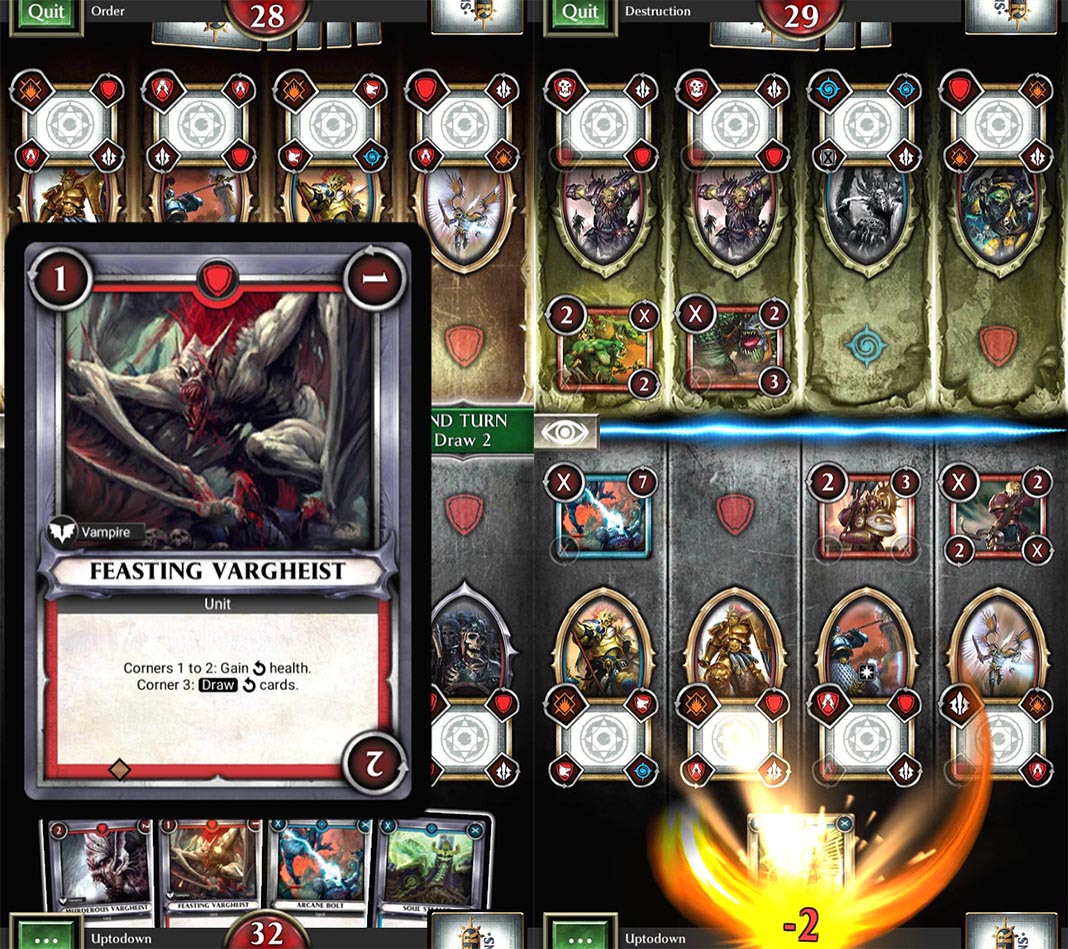 The Skavens’ doomwheel is so special that it could easily be featured in its own videogame. Here, you have an endless runner where you have to destroy all the enemies who dare to cross your path. As you complete levels you can improve different gadgets on your DoomWheel. Honestly, it’s a nice break from so many complex gameplays. 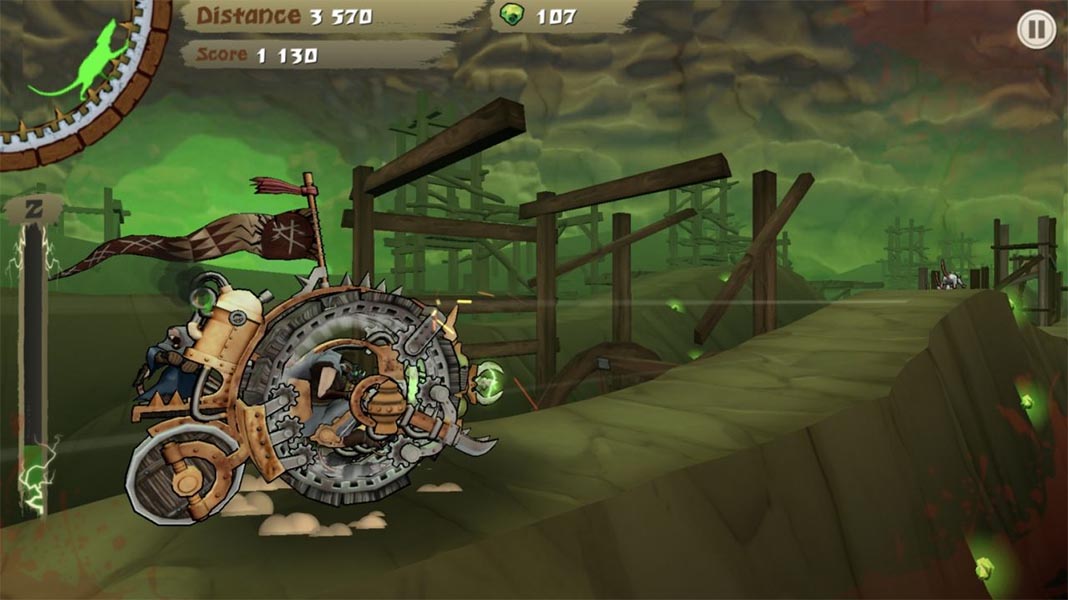 The last to arrive is the heir of the traditional browser games (we’re talking to you Ogame and Travian, thank you for all those years that we’ve lost). This time, you get to control the Chaos army during their constant battles against their enemies. We’re talking about one of those MMOs that’ll force you to set your alarm clock to wake you up in the middle of the night because you might get attacked and you definitely want to optimize your time. Regardless of whether you are team Tzeentch or Slaanesh, you wreak havoc in the Old World. [Download]

Games Workshop released its first edition of 40k in 1987, four years after Fantasy, and strongly inspired by it to adapt the futuristic look of the 41st millennium. They tried to adapt the classic armies to this new standard, with the image of the Space Marine being the referential figure known by all.

Even though as the years go on, both settings have become more and more similar, 40k (known in the beginning as Rogue Trader) was more focused on role-playing. Those roots were embraced throughout the years thanks to The Horus Heresy, a separate chapter within the setting that could almost be considered an independent entity, as shown by the many games based on it. 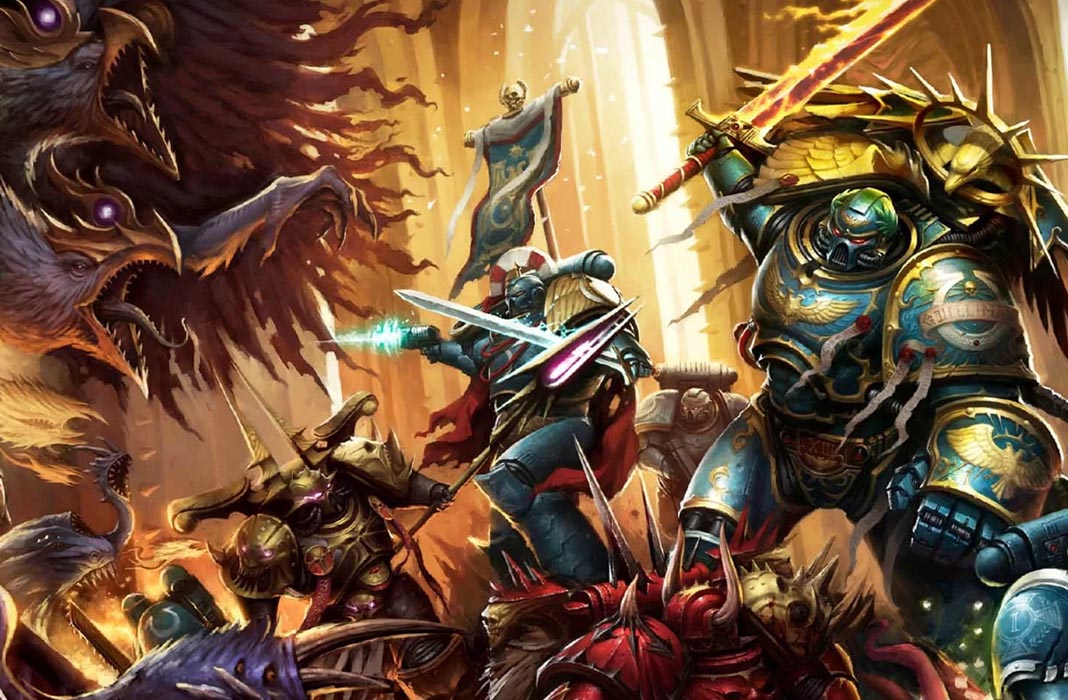 The space wolves are one of the most charismatic of the space marine chapters in the 40k universe, which isn’t exactly saying much. In this case, the gameplay leans towards its own development, more typical of a tactical tabletop game than a traditional war game. You’ll move your troops through grid-based settings, having a limited number of actions per turn. To do this, you have a deck of cards with different effects associated with your characters. In turn, these will also improve their skills as they complete missions. [Download] 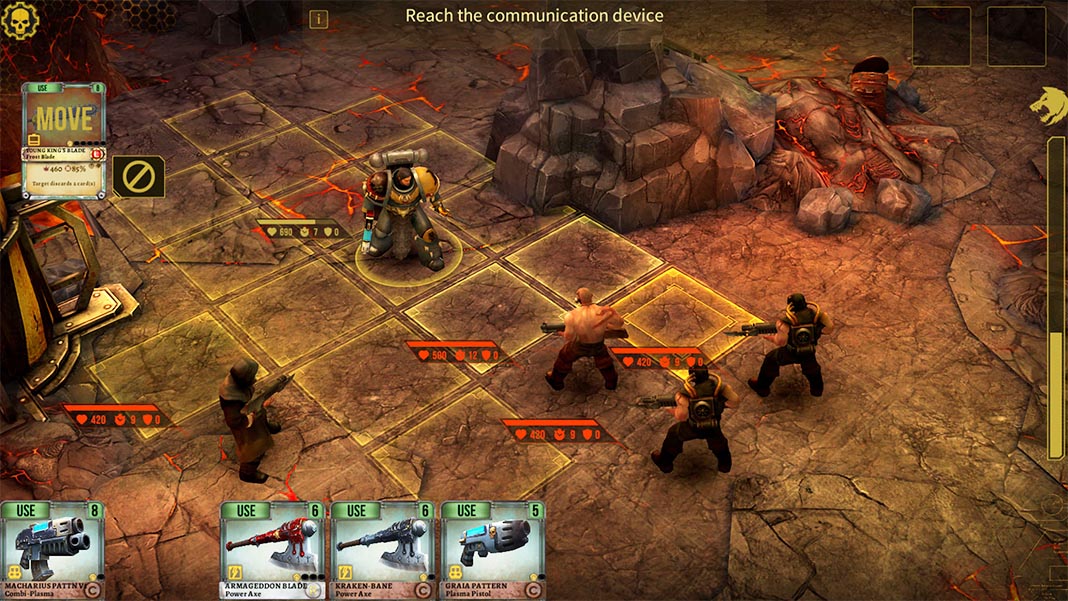 The Imperial Knights are the new mechanical monstrosities in the Warhammer universe, half-way between the Titans and the iconic Dreadnought. This action game features them, with missions revolving around skirmishes on rails where you have to aim at your objectives to crush them with unbridled firepower. [Download] 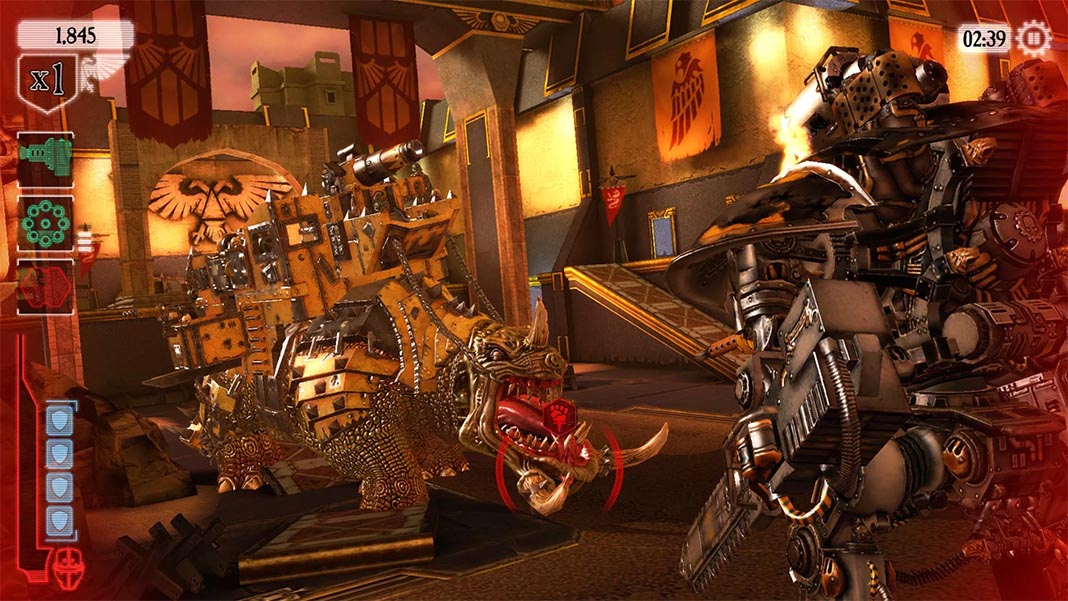 The Horus Heresy is a historic period within the Warhammer 40k timeline with its own personality. In this case, and unlike in AoS: Champions, the gameplay is much more familiar for the fans of the TCG, yet another bastard son of Magic The Gathering and Hearthstone, featuring baroque imperial mercenaries. [Download] 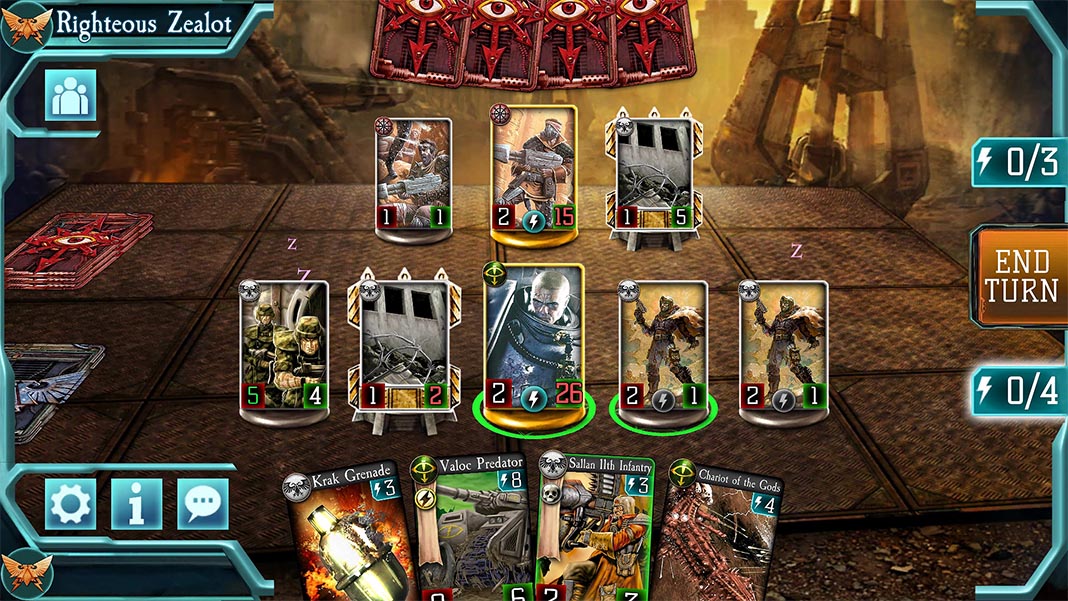 If the aforementioned Realm War uses the main concepts from Clash Royale, Drop Assualt does the same with Clash of Clans. After choosing your side of either Emperor allies or the Horus insurgents, you’ll have to create and fortify your bases of operations, attack those of the rivals, and defend yourself from other’s attacks. The usual, but with Adeptus Mechanicus and jet bikes. [Download] 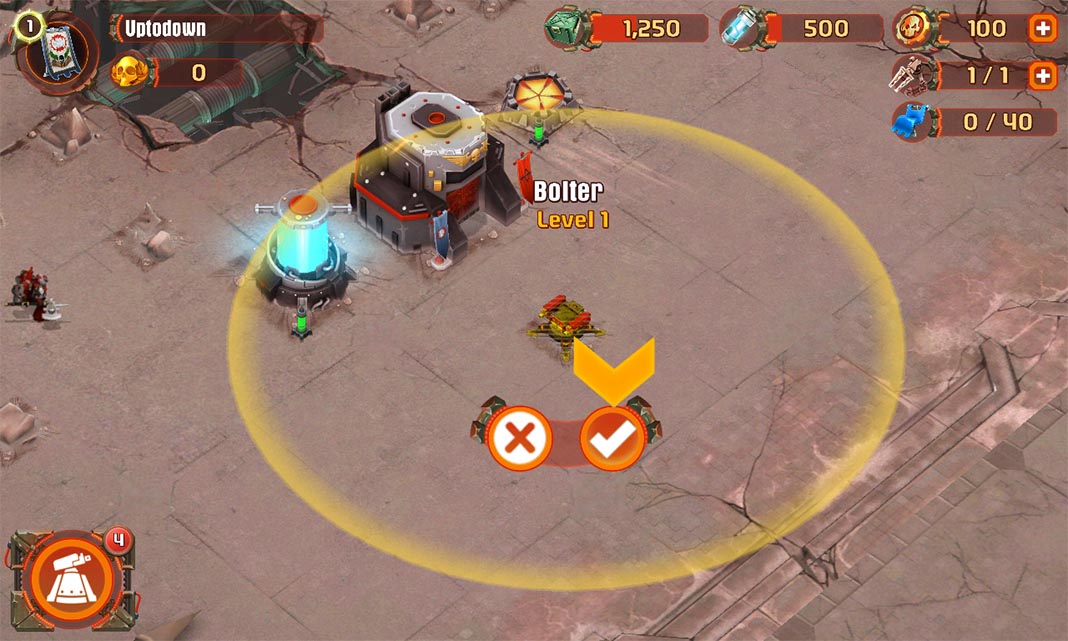 Given the enormous possibilities of the two big worlds created by Games Workshop, a new line of completely independent products was created to broaden the horizons of the company. That’s when new wonders were born like Necromunda, Mordheim, and Blood Bowl, along with titles that continue to enjoy success today like Warhammer Quest, Talisman, and Space Hulk. 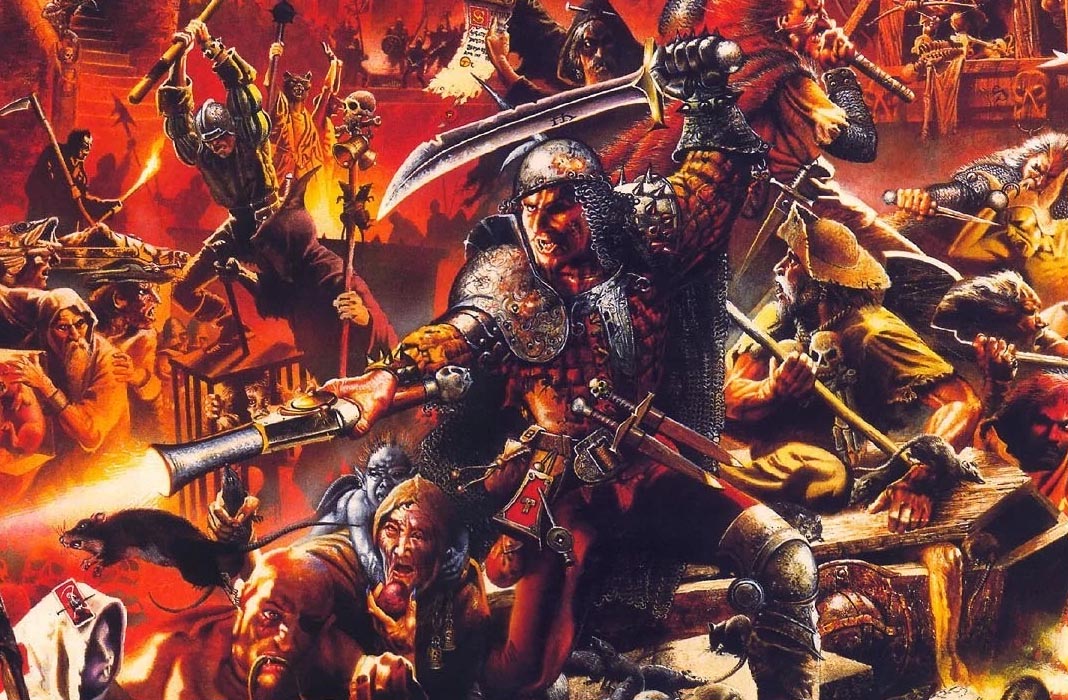 We all long for Mordheim, one of the most valued specialist games with the greatest personality within the Fantasy world. The group skirmishes in the city of the damned are the ideal setting to bring all the basic rules to its digital namesake. Warband does so with a certain ease, keeping the aesthetics of the original miniatures intact and proposing difficult turn-based battles in which permanent death is a constant. [Download] 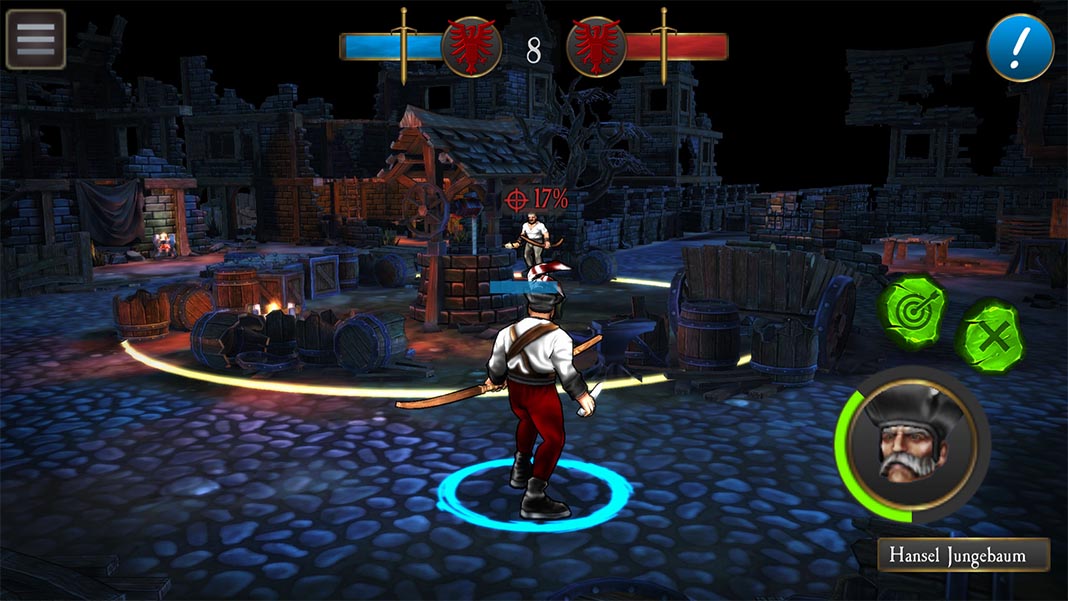 We don’t know what weirdo decided to mix Warhammer Fantasy with Rugby and American Football (well, actually, it was Jervis Johnson), but the truth is that he hit the nail on the head, as demonstrated by the more than 30 years of continuity and reissues. This adaptation is developed by Cyanide, who have successfully brought the brand to PC a few times. In this miniature version, you participate in turn-based 5-on-5 skirmishes where the positioning of the units is the key to scoring. Well, that, and leaving as many opponents unconscious as possible. 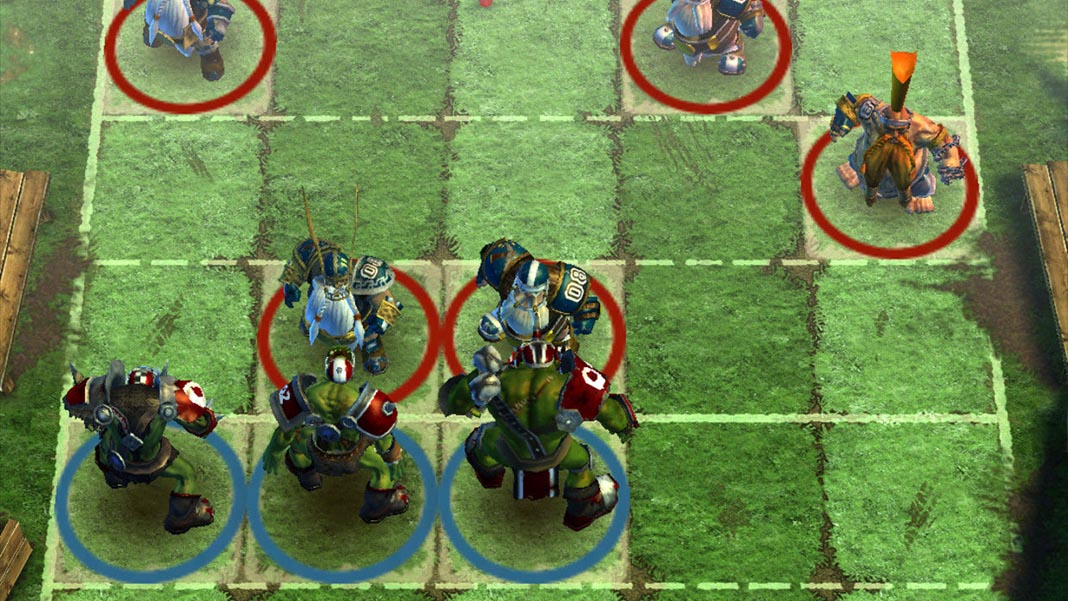