2015 was in important year for the Warhammer universe. That’s the year that meant the end of the fantasy game that many of us knew, and the beginning of the era of a new tabletop game: Warhammer Age of Sigmar was an effort to reboot the franchise that was losing profits. After all, it has been a long while since Warhammer 40,000 was the company’s real success. And as you’d expect with this type of ‘new beginning,’ Age of Sigmar has been trying for a while now to make it beyond the world of the tabletop games. Well, today, we present a new product that finally succeeds: Warhammer Age of Sigmar: Realm War is a Clash Royale-style PVP that’s based on this new universe. 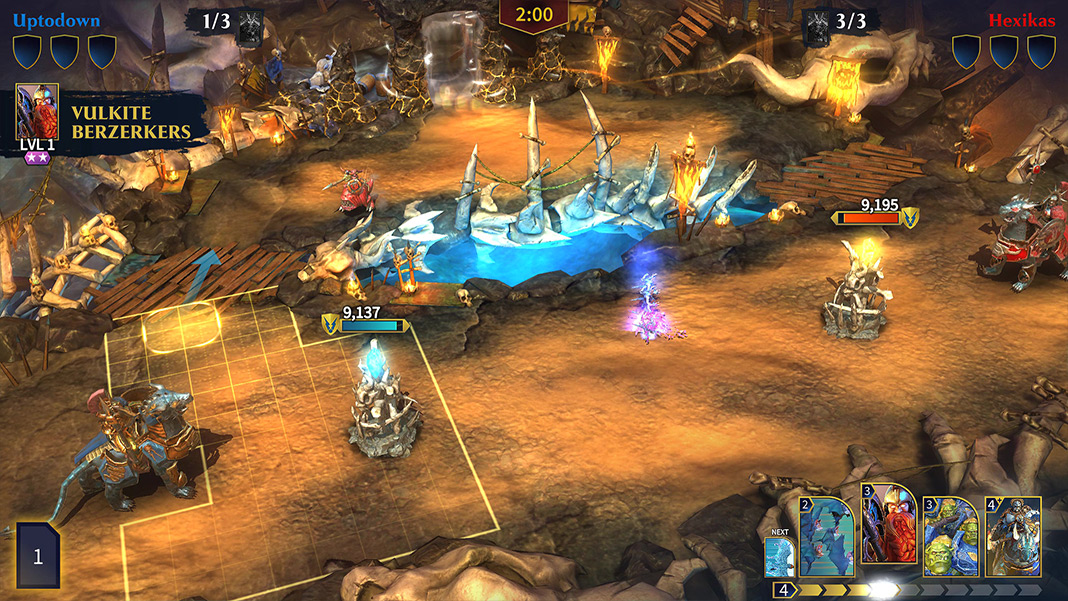 The second you start playing Warhammer Age of Sigmar: Realm War, you’ll notice two things: it’s a game with incredible visuals, and its gameplay is extremely similar to Clash Royale. It’s not the first time and it won’t be the last, that we talk about a game that hits us with a strong scent of the game from Supercell. An understandable decision, given that it’s a product that hasn’t stopped gaining success since it came out, but mobile devices just might be a little over-saturated with similar games. Luckily, Warhammer Age of Sigmar: Realm War offers other juicy features to make sure fans of the genre will enjoy it. 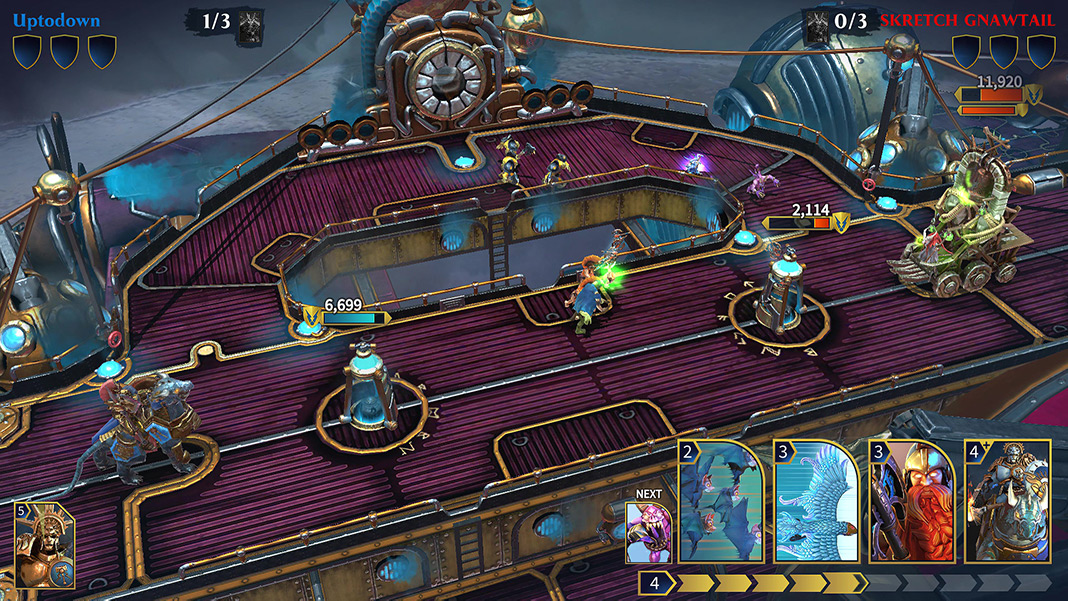 You can summon creatures in two areas on the map: the central zone that serves as a direct path to the enemy base, and a detour in the upper part of the screen that will take you on a path without towers. This secondary path doesn’t only serve as a simple distraction, but it’s actually important to go that way to activate the portal that will give you access to powerful units at zero cost. This is essential to win. 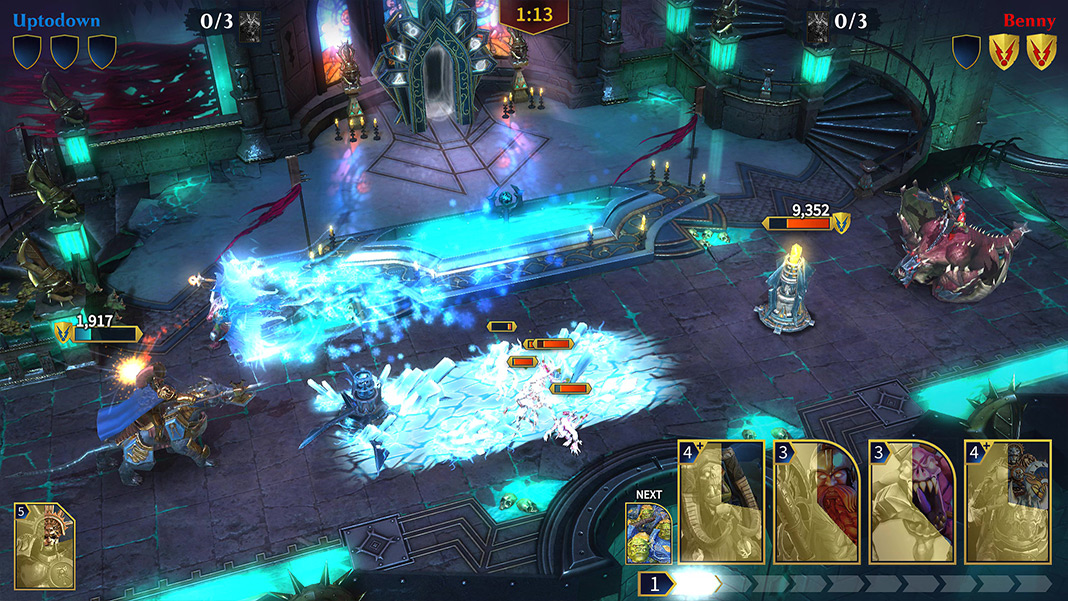 Warhammer Age of Sigmar: Realm War attempts to try new things in an extremely over-saturated genre and we appreciate it. It also has a name that will attract fans of the tabletop game and anyone familiar with this legendary franchise. The game offers all the typical elements of these types of productions (creating decks, leveling up cards, ranking system for the PVP battles), along a few extras to breathe some new life into these types of duels. 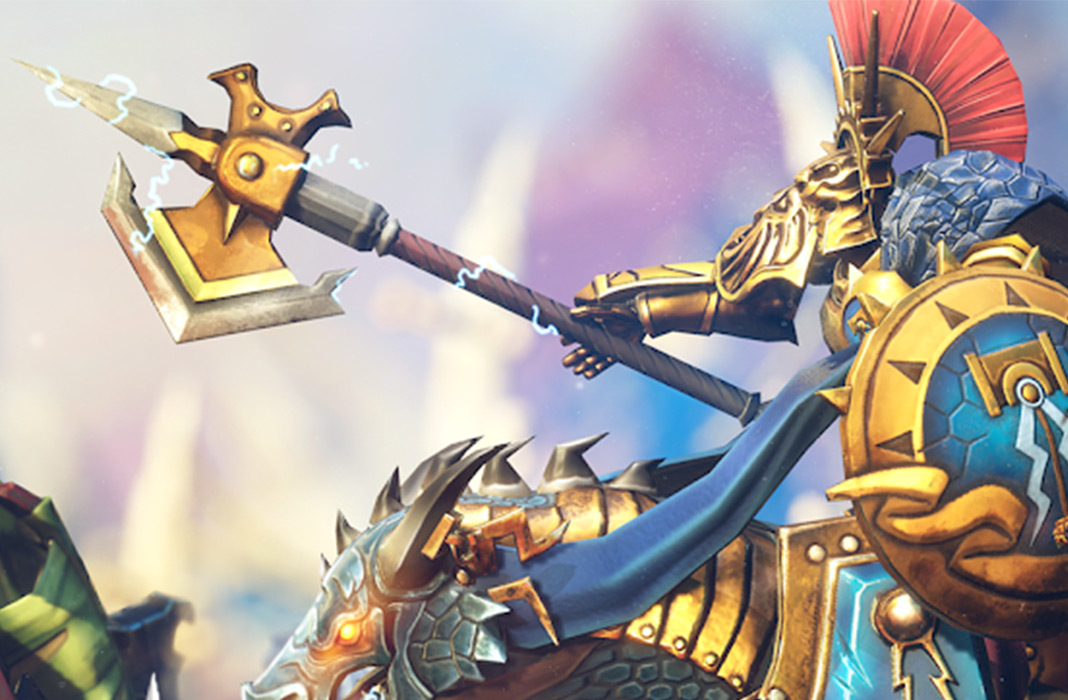