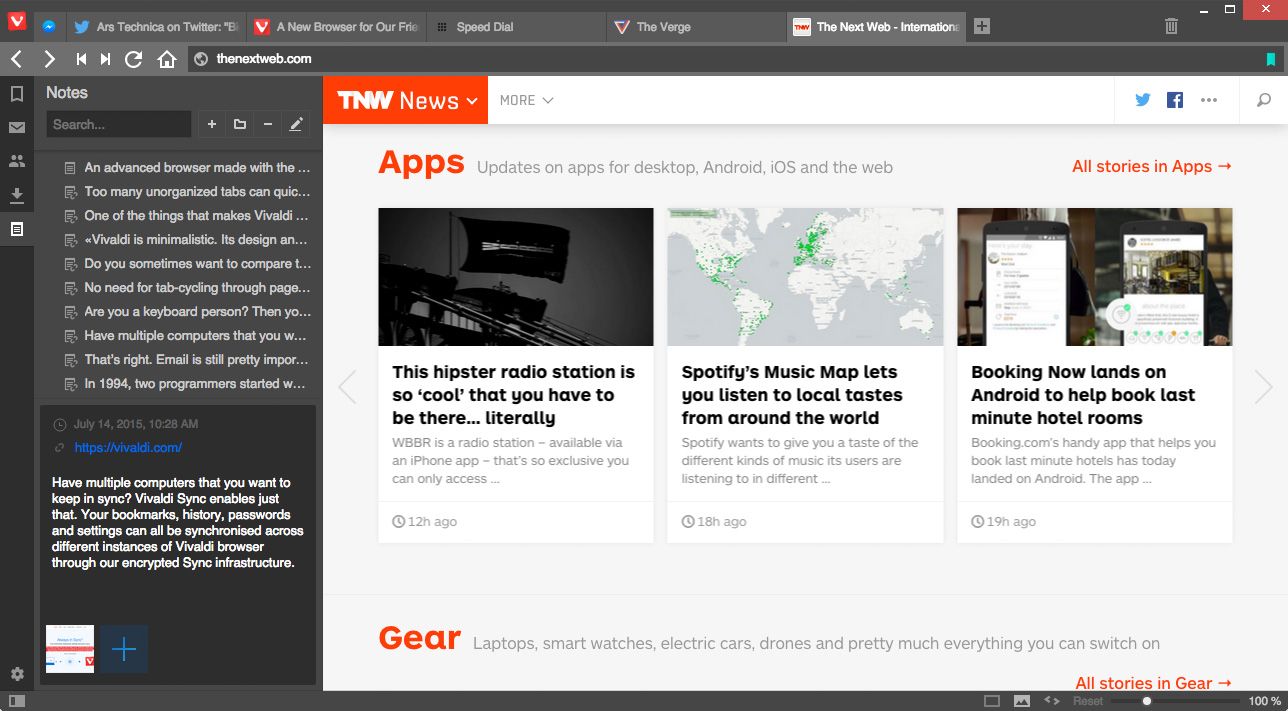 There are heaps of web browsers for desktop operating systems out there, but beyond aesthetics and light differences in terms of loading speed, they’re all very similar and offer practically the same features. Vivaldi aims to break this tedium with a browser reminiscent in its sobriety of old versions of Opera and including a series of features for the most experienced users. Its Technical Preview 4 has just come out and is completely stable, with most of its features fully functional.

At first glance it might seem just like all its counterparts, and in fact its stacked tabs system is quite similar to the ones on Chrome and Firefox. A toolbar at the left side of the screen gives a preview of the tools in its arsenal, with a part for bookmarks grouped by section and extensible to the main window, with thumbnails of site screenshots that appear when you hover your cursor over the link. You can also use its internal IM and contacts-management features, as well as a download manager and a small note-taking tool that even lets you attach files and automatic screenshots of the page you’re viewing at that moment. As of right now, the VivaldiMail email client is not available in the preview version. But if you delve into the tabs in the options menu you’ll come across the browser’s advanced control options, with shortcuts available for practically all common actions. You can control almost everything without using the mouse, and speaking of controls, it also can detect touch gestures to run commands like opening new tabs, refreshing, or closing. In terms of customization, although there’s still no possibility to install extensions to amplify Vivaldi’s functions, you can indeed customize the way you use it even beyond the aforementioned control system. From the Appearance tab you can change the position of the stacked browser tabs to either side, as well as the items in the toolbar. It’s even possible to configure the way the pages load to leave out certain text formats or exclude the images.

How to improve your desktop web browsing with Vivaldi