Home News and Updates Vine, another social network for sexting 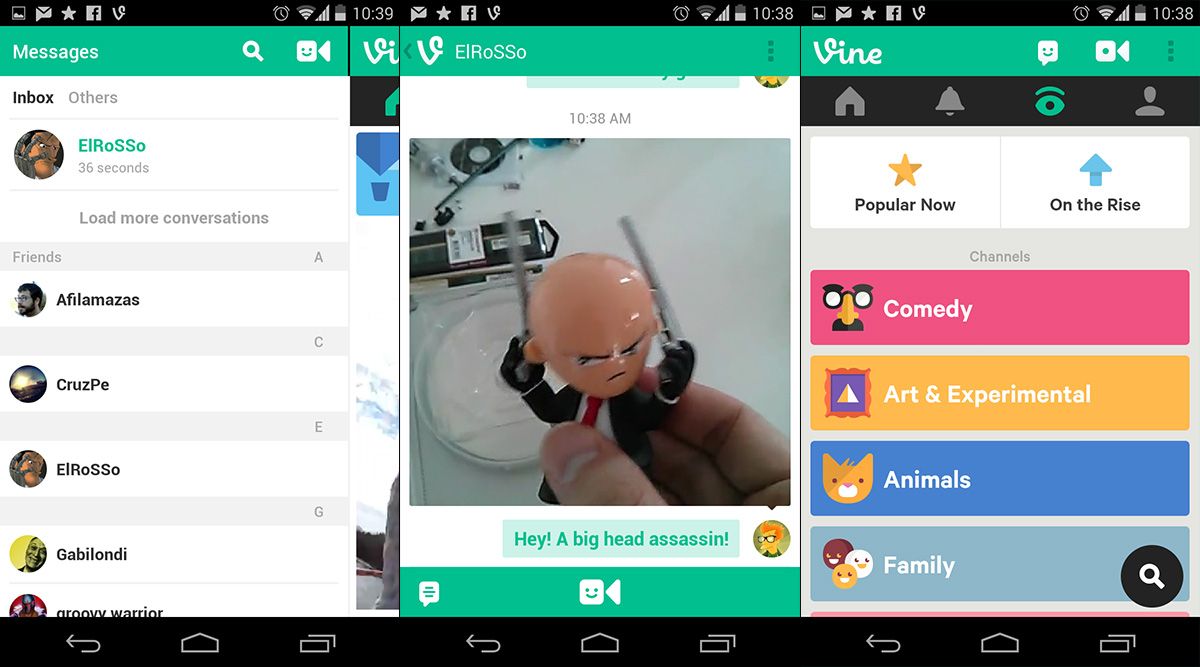 So-called sexting—that is, remote online sex—consists of sending self-shot images or videos of a sexual nature to other people. Ever more messaging services provide tools to protect the privacy and security of sexters, but no matter how many precautions you take, the risk that this content could fall into the wrong hands is in fact much higher than it seems. The arrival of private messages and videos to Vine now puts it among many other services that aim to capture the sexting market.

A few days ago, Vine launched its 2.0 version. The short-video filming and sharing platform owned by Twitter has followed in the wake of Instagram and created an option to send private messages and videos to other users. Until now, all videos published went directly to your public timeline. Now you can have private conversations with your contacts and include videos in them.

To access this new feature a new button has been added in the shape of a bubble alongside the record-video icon. If you click the bubble a menu will pop out from which you can select the person you want to contact, and save several conversation threads and unread messages in a minimalist inbox. Last year Vine began taking measures to remove sexual content from public searches. From now on, though, what each user does with his private content is his business. Many users who practice sexting have never even heard of the term, and know still less about its potential consequences. Sending photos and videos of a sexual nature is an enormously widespread practice: According to recent studies, 44% of Americans between ages 18 and 24 have received content of this type at some point. Another study from 2012 revealed that some 39% of Latin American young people have sent sexual content, while a third say they have received it at some point.

Long-distance relationships, standardization of smartphones as a principal form of communication, and broader availability of mobile connections have made sexting increasingly widespread. The associated problems, however, can be manifold: Cyberstalking, blackmail, unintentional publication of private content, or bad faith on the part of the recipient. Definitely playing with fire!

Sexting is seen as increasingly normalized given how many celebrities are doing it, as in the already classic case of the hacked nude images of Scarlett Johannson, among the many other stars caught, ahem, with their pants down. The problematic thing about all this is that people aren’t aware that the real news is the fact that private content has been robbed from a celebrity, not that that person has been sending content like that in the first place.

When it comes to this sort of thing, complete privacy is mostly a utopian dream, although there are some apps that try to protect it to a certain level. Snapchat might be the most popular with sexters, with its greatest advantage being the ability to send messages that “self-destruct” in a few seconds and that leave no trace on the receiver’s smartphone. A recent study reveals that 77% of US college students now use it, although just because a lot of people use it doesn’t mean it’s more trustworthy. Another favorite IM and file-sending service that is much newer is Telegram, which has made a big splash among the heavy-hitting services of its ilk by emphasizing security: a mobile-to-mobile encryption system, receipt notifications, secret sending, and timed erase of messages.

Sexual activity online is an unstoppable reality that—without getting into a philosophical debate about interpersonal relationships—aims to serve as a placebo for the real thing among many young people, who see it as a normal and healthy habit. They may be right, but they tend not to consider the fine print. A week doesn’t go by without the appearance of some media scandal related to leaks of private photos. For a young person, finding oneself involved in something of the sort can end in tragedy, as shown by the many suicides sparked by such situations.

How to add the new animated stickers to Telegram

How to create groups and channels on Telegram