Home News and Updates Versus, for definitive smartphone comparisons 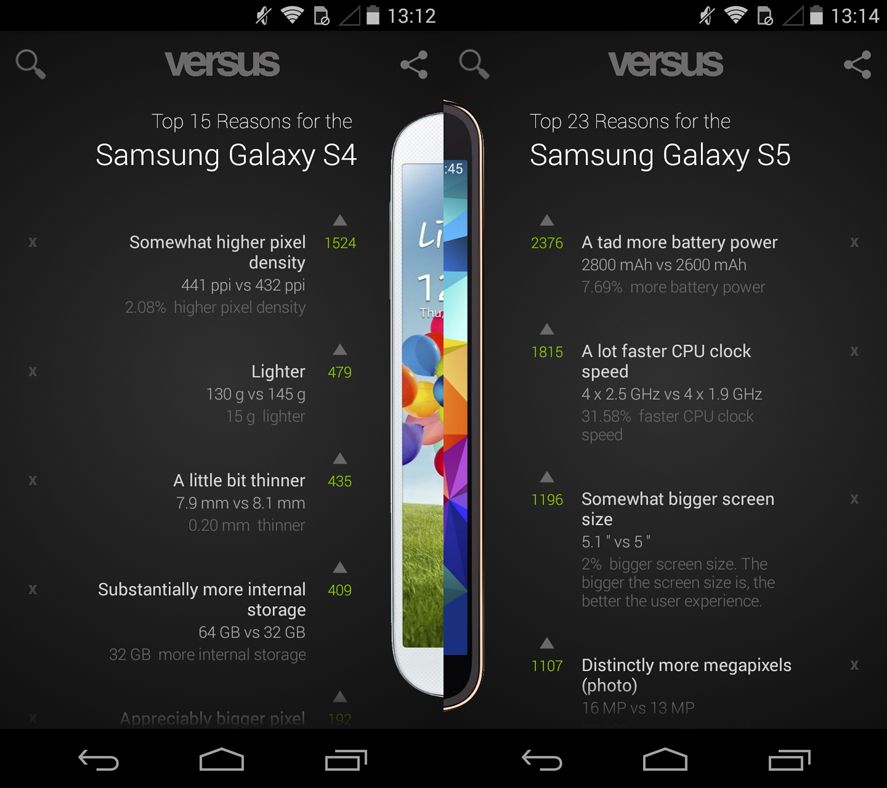 Whether it’s your smartphone or any other electronic gadget, when you decide to get a new device you’re sure to be faced with many questions about which one is better and satisfies your needs best. The web phone-comparison service from Versus, although it was born as a tool to compare the specs between two smartphones, has become a complete analysis system for all sorts of electronics gadgets and disparate hardware and even has its own mobile app.

The tool has hundreds of different products from several categories, including smartphones, graphics cards, or cameras. Any tech element can be compared on Versus, although in recent days the potential comparisons have been broadened to include, for instance, cities and universities. The program has a web version and an official client for Android, with the advantage that while other comparison services simply show you a list of technical specs, Versus explains point by point the categories won by each device alongside a short explanation of why without getting too deep into the tech jargon.

In both cases the way the app works is quite simple: you just have to insert the name of the two products you want to compare and you’ll get a full table comparing them alongside a photo of each. Although the product comparison database is the same across the different versions, the web version has a search system for the best price across difference shopping sites likes Amazon and eBay. However, on Android you’ll find top comments made by other users during their searches and ordered by popularity and relevance. In both cases, you’ll need to register to be able leave comments and reviews for the comparisons you do.