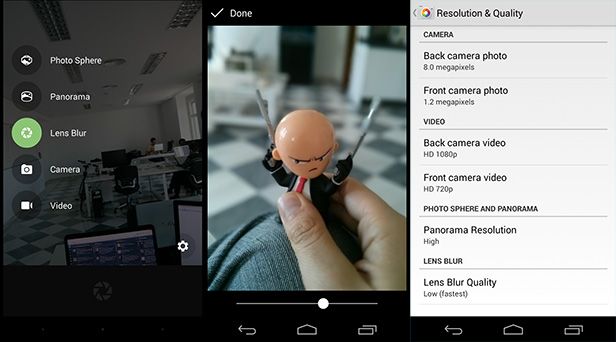 A few days ago, Google Camera, the official photo and video-taking app, included on devices with Android 4.4 KitKat and up received an important update that, besides modifying the interface of the already included tools, added a new feature to simulate a soft focus in photos snapped with your smartphone. Here we explain what this feature consists of and how to make the most of it.

What is a soft focus and how do you use it?

A photographic soft focus occurs when the depth of a photo is enough to make the lens focus on a point at a particular distance, making the more distant elements blur. This phenomenon allows you to emphasize part of a photo, putting it center stage by blurring the elements that aren’t found on the same plane.

The art of manipulating this soft focus as desired is called Bokeh, and depends on several factors such as the lens aperture, the lens quality, or the diaphragm aperture. Although a smartphone camera will never offer the same possibilities as a professional one, it’s possible to exaggerate this effect with software. The new blur lens option on the official Android app can do just that. By sliding your finger sideways from the left part of the screen you can pull out a menu with the different options that were already there: spherical photos (till now exclusive to Nexus), panaromas, normal photos, videos, and—the one that interests us at this point—the “Lens Blur”.

From this section you can take a photo as usual (the soft focus will look better if there is a large contrast between the elements that are close and those further away). If the camera does not focus on the desired element, you can mark it by clicking on the screen in the focus area and then pressing the button to snap the photo. And now comes the last step, which requires you to have a bit of a steady hand, as you’ll have to move the camera upward, keeping it pointed at the object that you want in the foreground. This will let the app automatically detect the zones found at different distances. And there’s the trick! A crop will be made of the silouette to be soft-focused and then it will be done manually. In fact, if you check the image above, you’ll see that at the tips of the figurine’s hair the crop hasn’t worked properly. The less you move the greater the depth of the snapshot and the better your results.

Once done, a progress bar will appear for a few seconds until the effect is completed. If you want to modify the result, by clicking on the lens icon immediately to view the preview image, you can slide a bar to exaggerate the blur even more.