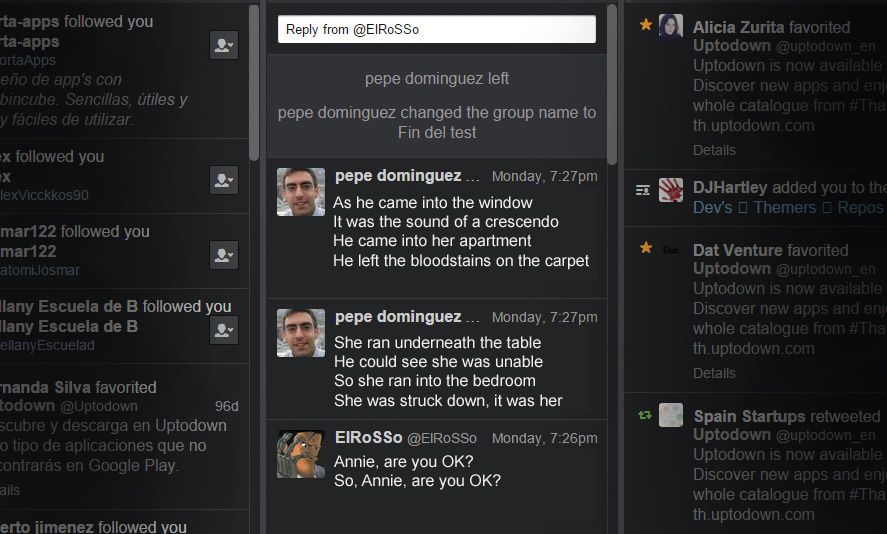 It might seem like Twitter is only good these days for complaining about problems and making cheap cracks about social dramas, but in fact there’s nothing further from the truth. This social network can do many things you probably haven’t even thought of beyond its most common uses. Here are some examples.

Jun is a little town in Granada, Spain, with a population of less than 4,000, and its philosophy has always revolved around progress propelled by technology. One of the many projects promoted by its current mayor is centralizing all administrative functions and public services via Twitter. Each area has its own account: the municipal staff reply to concerns via Twitter, and local businesses receive cross mentions in the tweets when someone needs local tips. Even the garbage truck has its own account! A proper example to follow in terms of exploring the possibilities Twitter offers. There are lots of tools to receive reminders at certain times for tasks you have to do. With a bit of imagination you could also use Twitter for these purposes. Remember The Milk is a free service to send programmed messages to your social accounts. It will send automatic DMs to your Twitter account and you’ll get a notification for it both on your mobile as well as your email if you’ve enabled those options.

To set it up, you need to register, follow the official Twitter account for Remember The Milk, and then send a private message with a code you’ll get from this setup page. Then, using the nomenclature you’ll find on the site, you can tell the account what message to send you via DM and when. The writing’s been on the wall for a while now: one of the areas when Twitter still has a lot of room for maneuver is its use as an IM client. Private messages have always been there, but recently the option has been added to send messages to several recipients, with the advantage that Tweetdeck already supported this feature, meaning you can use your DMs column as a battleground to send your funny stories and political memes and stay to play the pub quiz after work. If you’re a sponge for Internet news, you probably use an RSS reader like Feedly or Flipboard. The problem with this is when you follow too many publications and end up with hundreds of RSS entries without reading them. Considering that most blogs and news media post links to all their important content on Twitter, it could be a brilliant idea to use it as your main source of news.

Lists are undervalued, and it’s become a rather silly formality to add other accounts to make them think you’re “influential” rather than because they actually interest you. But lists have much greater potential than that, especially if you use them on Tweetdeck. You can create themed columns with publications that show independent lists, saving yourself the trouble of having to follow loads of accounts and overfilling your main timeline.

Although not everybody has taken to Twitter like the aforementioned town in Spain, it’s true that there are good customer service departments in big companies that manage accounts followed by hundreds of users and that are much more efficient than more traditional methods of contact. And beyond the big brands there are also the independent professionals. Twitter now lets you send DMs to users even if they don’t follow you, which could be a great way to get in touch with people of interest at the professional level. An email account could have stopped being used ages ago, but Twitter accounts tend to be more long-lived.