Home About Us Uptodown vs Google Play: An impossible battle 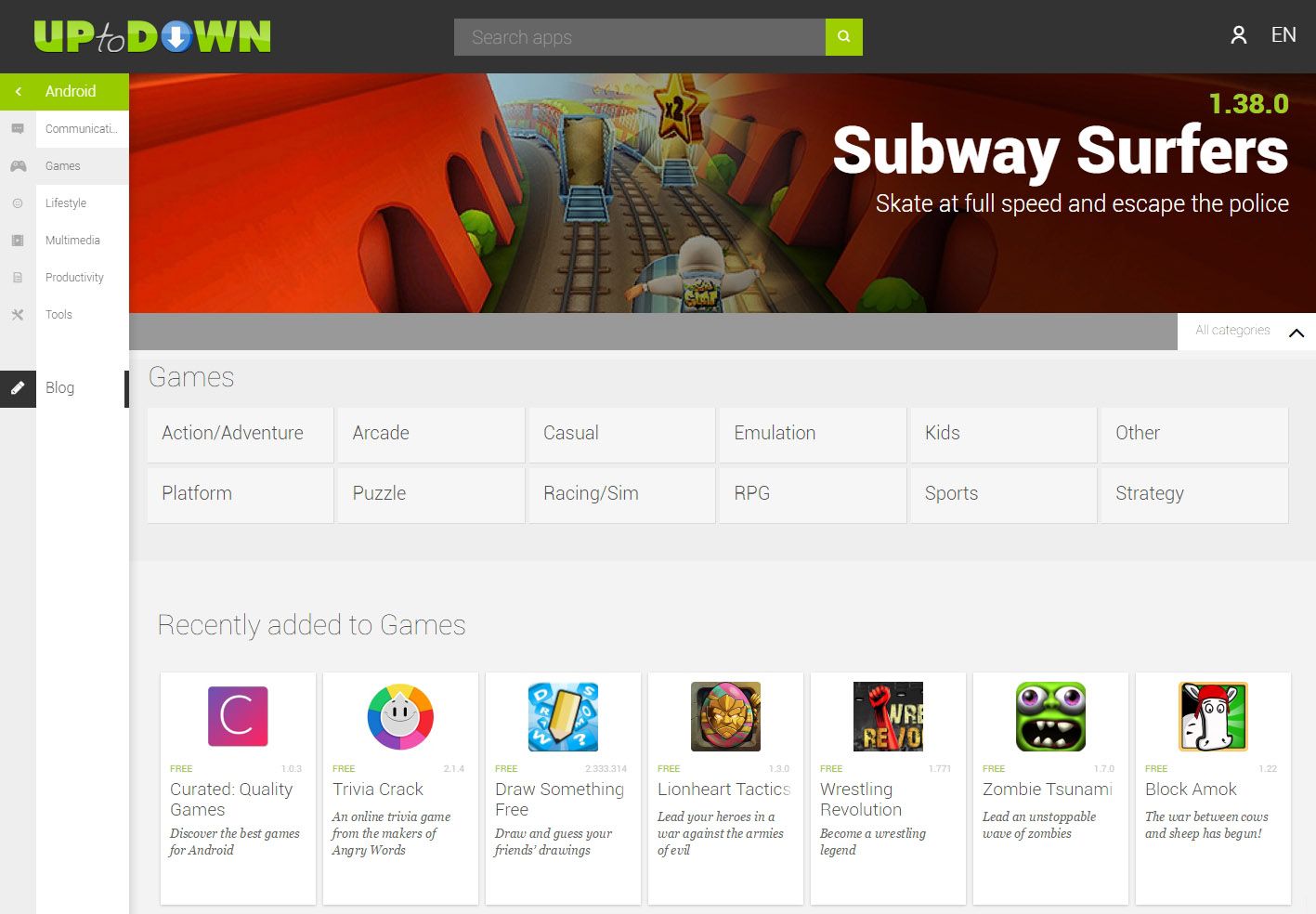 To try to compete with Google anywhere is to shoot yourself right in the foot. The tech giant might have a lot of enemies, but challenging it is complicated when most of the battles have to be fought on Google’s own turf and according to its own rules. In our case, Uptodown has found itself banned, censured, and disparaged for trying to offer a top-notch alternative downloads shop. The latest obstacle we’re facing is that we can’t upload our official app on Google Play… at least not without having to first create a ‘special’ version that swaps out the free downloads from our own servers to redirect users to Google’s own store. Our eternal battle rages on.

As you already know, we’ve been betting heavily on Android for several years now, offering thousands of applications in APK format for direct download from our servers, without installers or adware of any kind and with a clean business model based on web advertising. Those files can be downloaded from either your browser (the site is compatible with devices and platforms of all kinds) or our official app. That said, Google Play’s policies prevent us from offering our app with them as they prohibit the download of apps from third parties instead of through their own catalogue. We’ve thus had to create a Lite version of our app that removes the download links to the apps themselves and simply redirects you to other pages in Google Play. No, we do not think this is cute. The first hurdle we have to face in winning new users is the “Unknown origins” sticking point. By default, Android devices won’t let you download apps from any platform except Google Play. You can deactivate this restriction from the device’s settings menu, but not without getting all sorts of warnings telling you you’re in danger, that you could damage your device, and that Freddy Krueger might appear on your screen and start to haunt your dreams. And that’s hardly an exaggeration.

OK, let’s talk about security and transparency. Not a day goes by without news that some app published on Google Play has infected thousands of users with some kind of malware, or offers a fake product that has nothing to do with what it says on the app page. In our case, all apps on Uptodown go through a human filter, discarding anything potentially harmful to the user. If all that’s not enough, all the programs have a full VirusTotal report on their page showing the results of scans by more than 50 antiviruses. If you want to download something that doesn’t come out with flying colors, that’s your prerogative: we give you the information and you do what you want. Now let’s talk about freedom and versatility. Google Play is an airtight platform with strict laws explicitly designed to keep out any app that might challenge Google’s hegemony. Apps to root your device and tools to download YouTube videos are completely out of the question, not to mention the option to install previous versions of apps to get rid of changes you don’t like. All this is possible via Uptodown. We tenaciously defend the free distribution of software, which doesn’t mean that we’re not completely opposed to piracy and any other illegal activities. As we’ve said before, it’s one thing for it to be possible to use a software for illicit ends and quite another to ban it entirely. We are not the user. We let the user decide.

Finally, let’s talk about unfair competition. We absolutely are fighting to win visibility, even despite the fact that they haven’t made things easy for us. It’s disheartening that if you search Google Play you won’t find a trace of Uptodown – even if your search term is ‘Uptodown’! It still doesn’t consider us an app store, despite the thousands of apps we offer, our 40 million monthly visits, and the fact that we’re the third most-visited Android app shop in the world after Google Play and Amazon’s Appstore. Thus we appear much lower than several other pages even though our content and stats show it should be otherwise. In short, the fact that we’re back on Google Play is a bit of a non-event given that our distribution channels go in other directions and you can get the full version of our app from our website, allowing you to download files securely with a generous transfer rate and with no add-ons of any sort. We just wanted to give you readers an idea of the nonsense we face every day. We’ll save the epic tales of our struggles with WhatsApp and Twitter for another day. Life is hard for the constant rival!